SHOPPERS are taking to Facebook to share their huge hauls as River Island slashes their sale prices – with one savvy mum saving more than £300.

Laura posted pictures of her bargain buys in the Extreme Couponing and Bargains UK Facebook group. 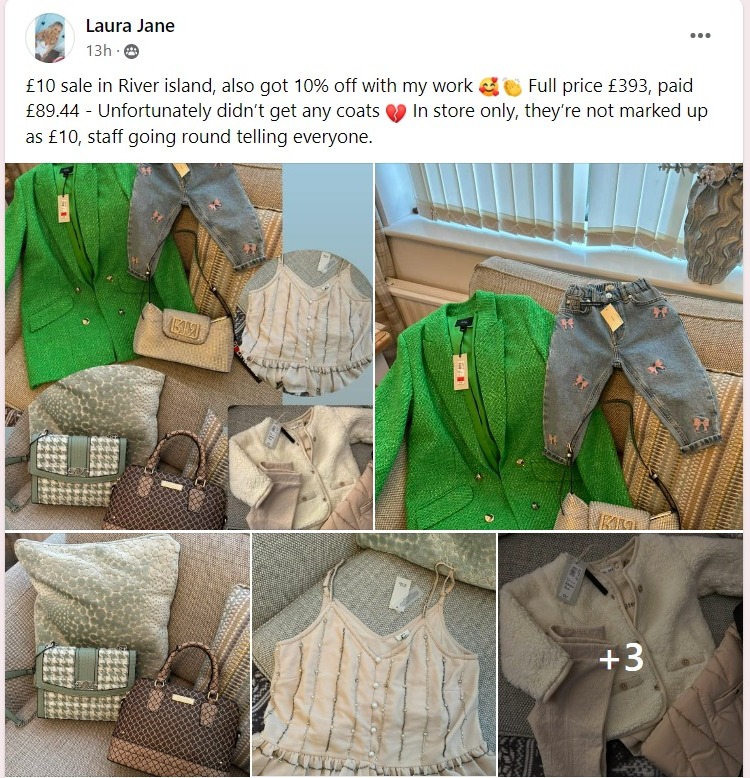 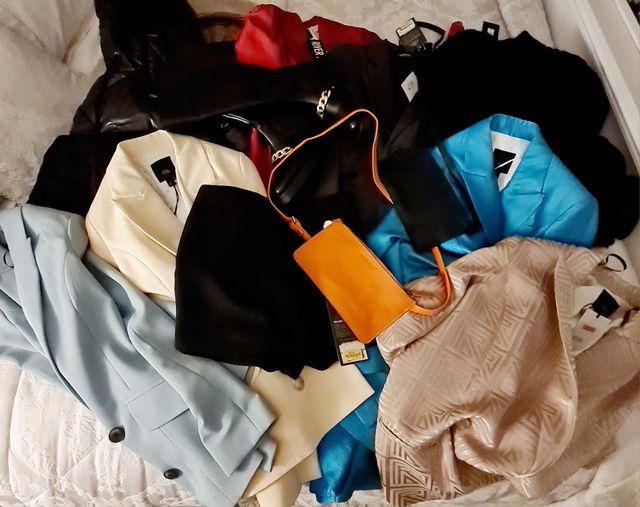 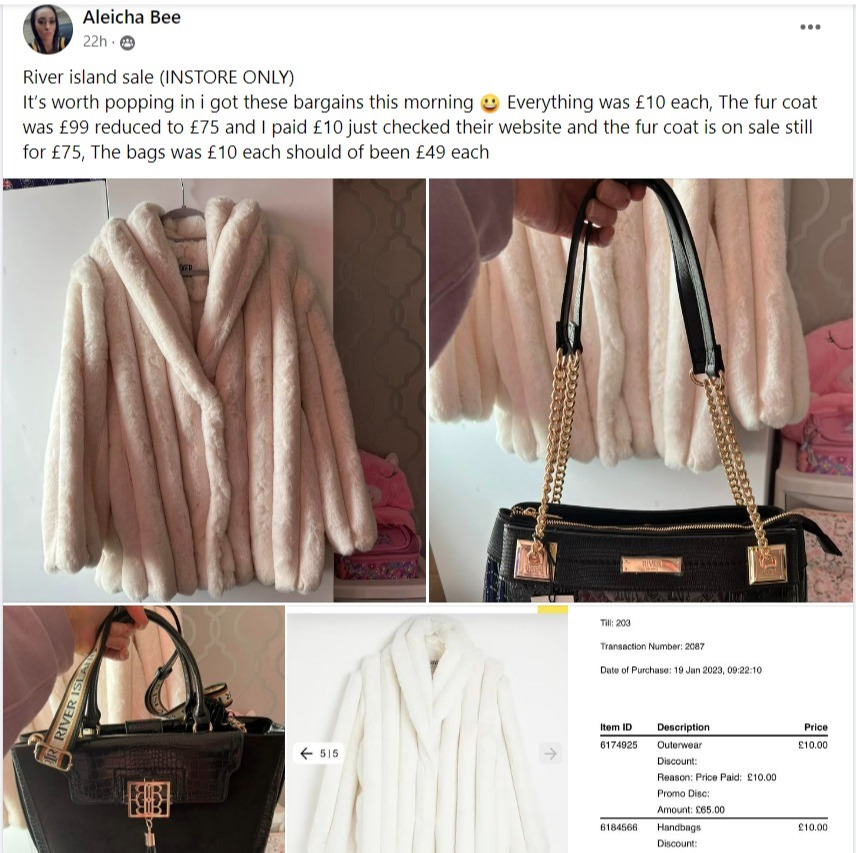 In her local store, she’d managed to grab three handbags, a blazer, multiple kids’ outfits and two men’s shirts for just £89.44, rather than £393.

“In-store only, they’re not marked up as £10, staff going around telling everyone.”

The post attracted plenty of attention, gaining more than 2,000 likes and 1,000 comments. 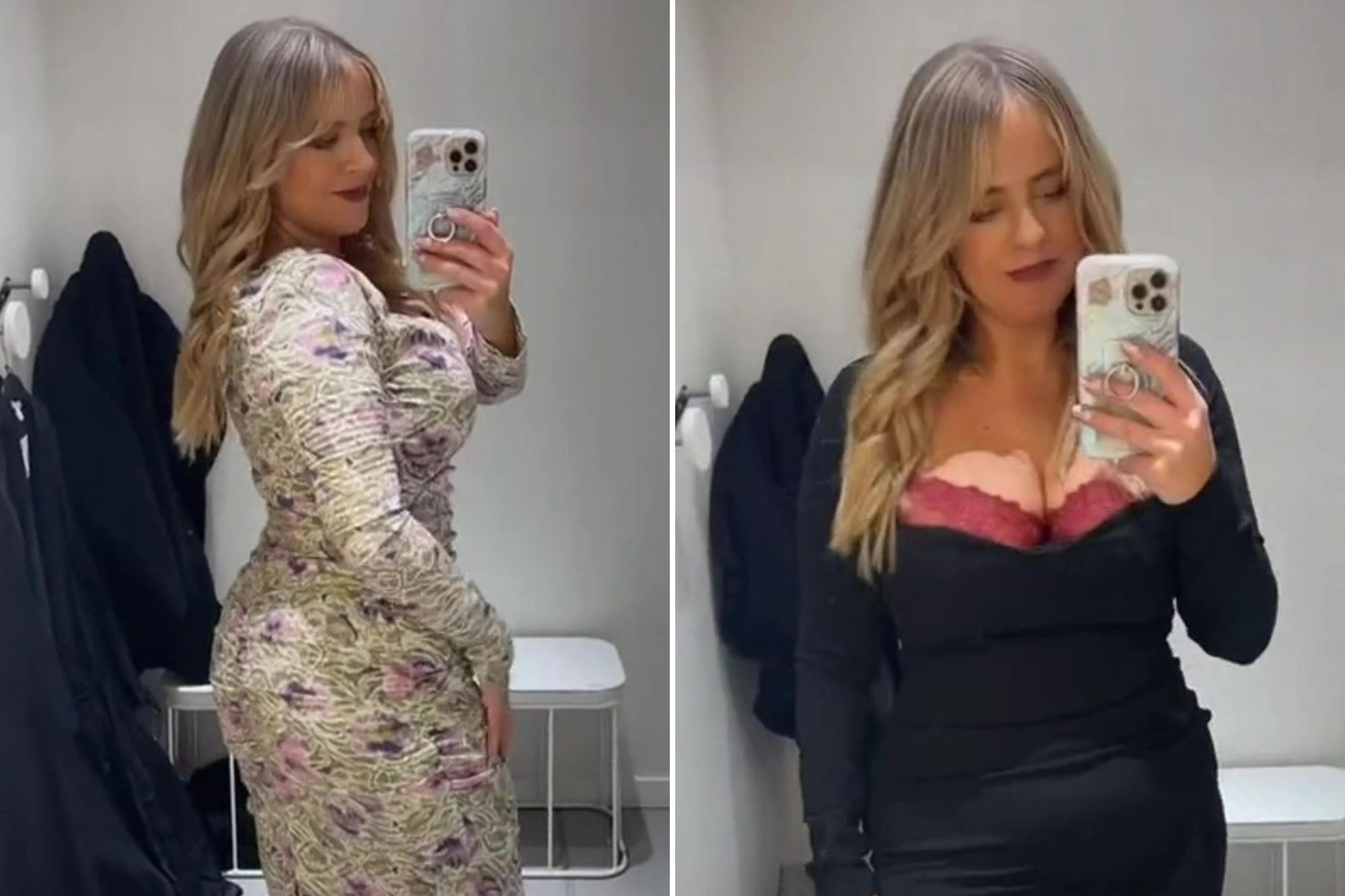 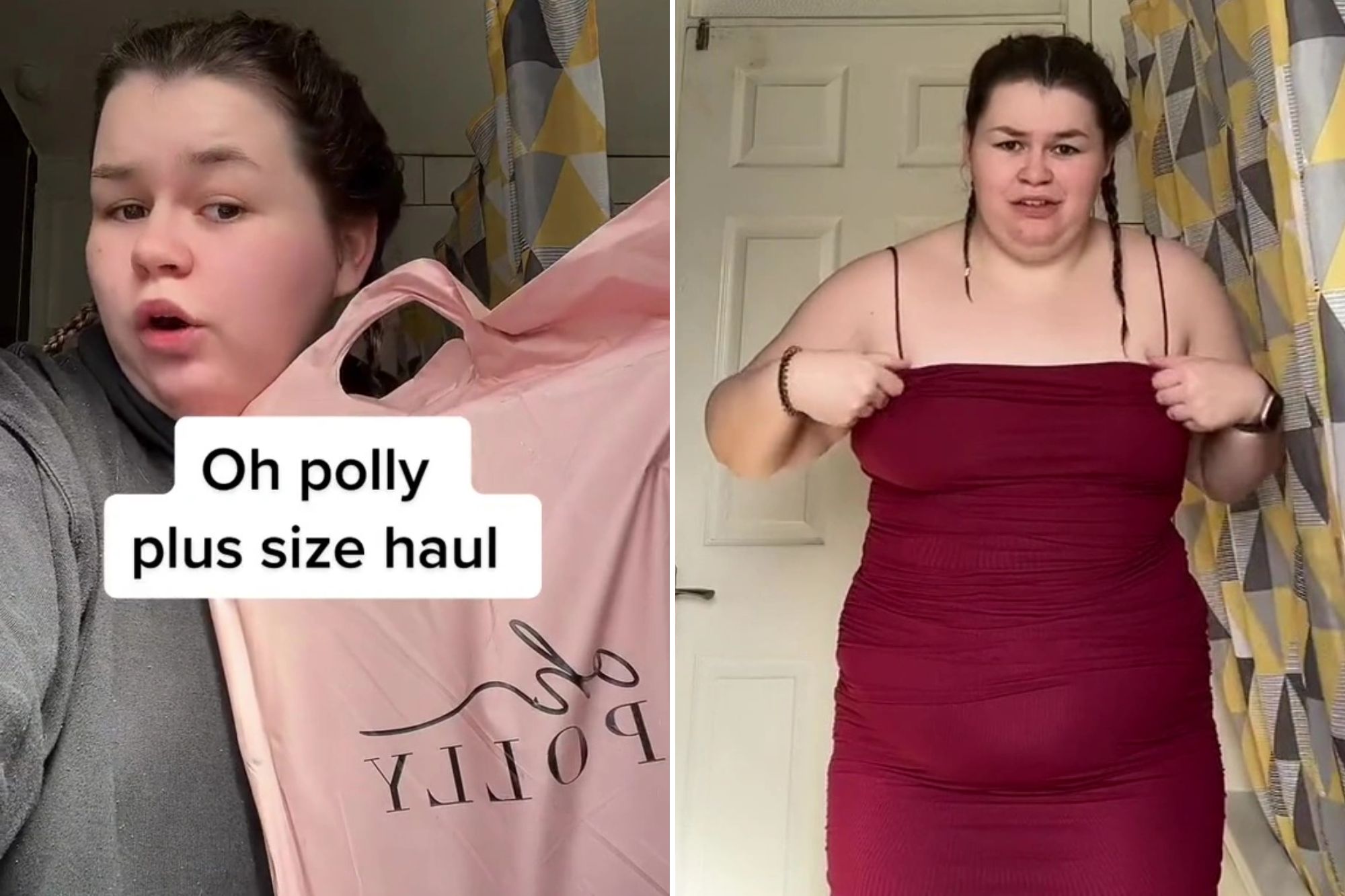 Members of the groups raved about her finds, with one writing: “Love the green jacket.”

Another said: “I want to go sooo bad.”

A third added: “Your all buzzing about your sale items, just shows you how much they are making on you!!!”

There was also speculation as to when the sale was due to finish, with some suggesting the last day will be Monday, January 23. 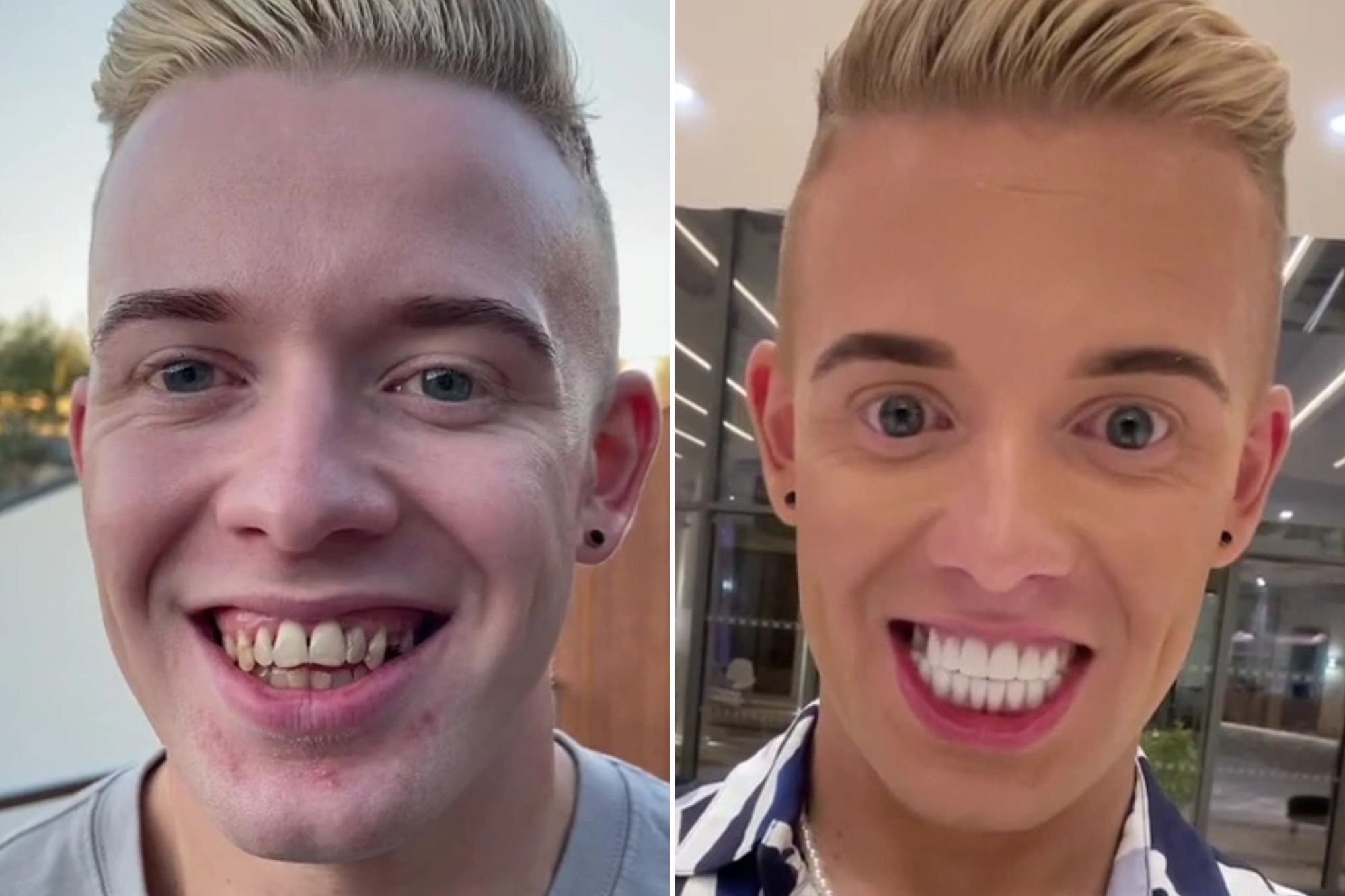 Other savvy shoppers shared their thrifty finds too, with Angela managing to get a pair of knee high boots, two handbags and a coat for just £70, down from £350.

She commented: “River island have a sale in-store only every sale item 10 pound only from coats, boots, shoes, bags, dress, jackets.

The Black Over The Knee High Boots were once £70, but she managed to get them for just £10.

Another shopper shared her huge haul, which included multiple blazers and accessories which cost her £114, rather than £763.

One follower commented on her post, saying: “Wow! Tbf I only ever buy kids clothes from there and handbags but looks like I may have to treat myself for once hahaha.”