We’ve been in mourning ever since the seventh series of Grace and Frankie wrapped up! The show, which follows the unlikely friendship of two women whose longtime husbands leave them to marry each other, has been a hit with viewers since it first premiered on Netflix in 2015 – and it’s not hard to see why.

MORE: Grace and Frankie: why the show is ending after season seven

The series, which stars Lily Tomlin and Jane Fonda, has been praised by fans for its refreshingly frank and funny portrayal of older women. But what did the incredible stars of the show look like in their youth? Keep reading to see what Jane, Lily and their co-stars looked like when in their first on-screen roles…

WATCH: The second half of Grace and Frankie season seven is out very soon

Jane Fonda made her screen debut in 1960 with the film Tall Story, and it wasn’t long before the incredible actress started winning awards – just two years later, in 1962, she took home a Golden Globe for Most Promising Newcomer. She now holds two Academy Awards, two BAFTA Awards, seven Golden Globe Awards and a Primetime Emmy Award. 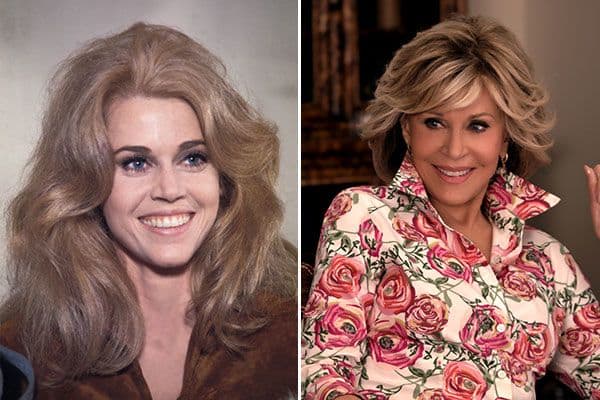 Some of her most famous films include Barbarella, Barefoot in the Park and Klute, but the actress is also known for her dedication to environmental and political issues – in 2019, she was arrested five times for protesting on the steps of the Capitol.

MORE: 5 shows to watch if you love Grace and Frankie

Lily Tomlin first rose to fame in the 1970s when she landed a role on NBC’s sketch comedy show Rowan and Martin’s Laugh-In. She was an instant hit with viewers and known for her array of wacky and wonderful characters. 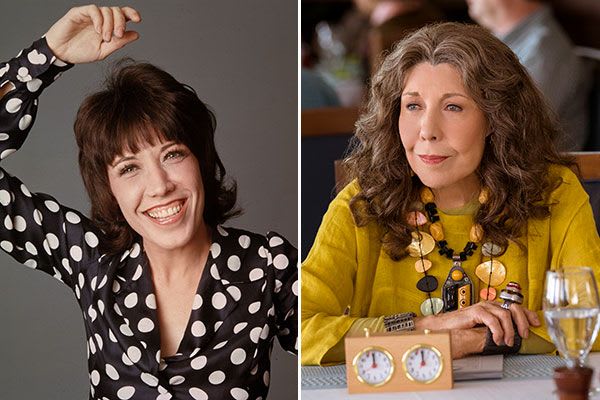 Following her success on the show, she was cast in the 1970s musical Nashville and the 1980 film 9 to 5, which is where her friendships with Jane and country legend Dolly Parton first began.

Robert, Grace’s former spouse, is played by Martin Sheen, who is best known for his roles in Apocalypse Now, Badlands, The Departed and Wall Street. 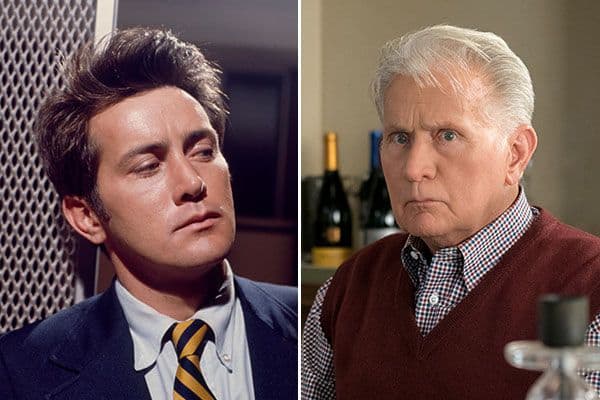 He also starred as the President in the television series The West Wing. It was in 1968 that a young Martin made his first major on-screen debut when he starred in The Subject Was Roses.

Sam Waterson, who plays Frankie’s ex-husband on the Netflix series, is perhaps best known to audiences for his iconic starring role as Jack McCoy on the NBC television series Law & Order. However, before that, he had an extensive career in theatre, having studied at the Sorbonne in Paris. 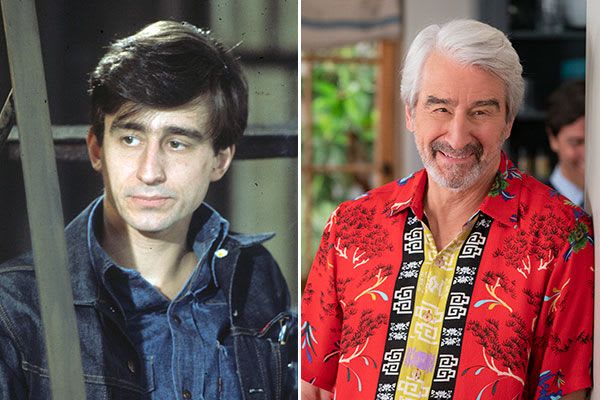 His first major television role came in 1973 when he was cast in an adaptation of Tennessee Williams’ The Glass Menagerie alongside the late Katherine Hepburn.

Mary Steenburgen has an incredible story as to how she landed her first role! With no credits to her name, she was plucked out of obscurity when Jack Nicholson chose her for the female lead in his 1978 Western Goin’ South. At the time, the actress was just 25 years old. 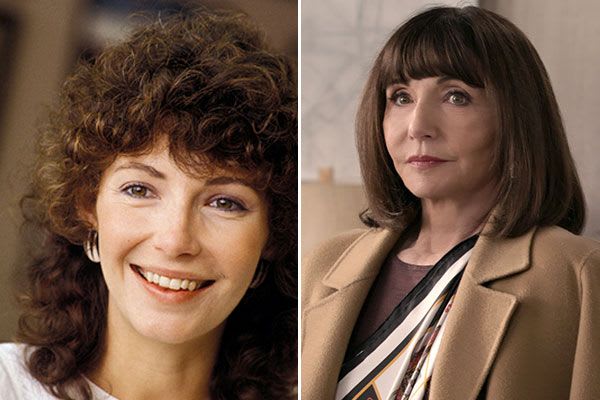 Peter Gallagher made his feature film debut in the late seventies but first achieved fame for his role in Steven Soderbergh’s Sex, Lies, and Videotape, almost a decade later. 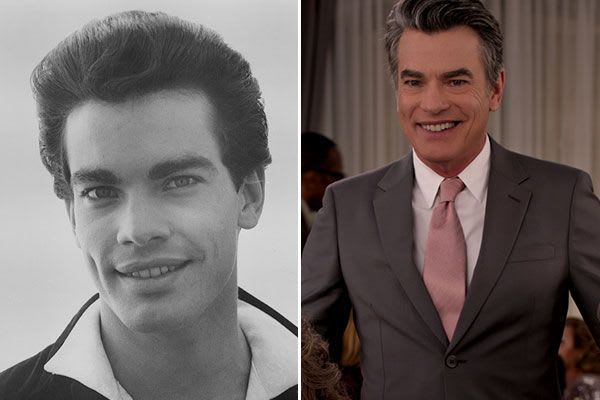 These days, he’s known for his many television roles, including Sandy Cohen in The OC, Deputy Chief William Dodds on Law & Order: Special Victims Unit and Schmidt’s dad on New Girl. Most recently, he played Mitch Clarke on Zoey’s Extraordinary Playlist.

Ernie Hudson appears in the show as a romantic interest for Frankie. In his early career, the actor landed various guest roles on television series such as The Dukes of Hazzard and The A-Team. 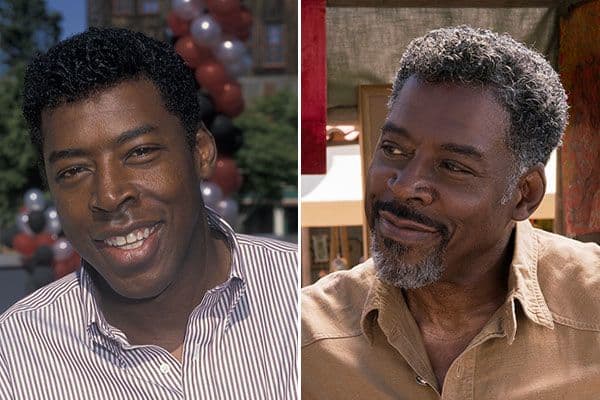 His big break came in 1984 when he was cast as Winston Zeddemore in the Ghostbusters franchise. He recently reprised his role in the 2016 Ghostbusters reboot, playing Bill Jenkins, the uncle of Leslie Jones’ character.