We already have gotten one 90210 reboot, could we possibly get another, but this time the CW franchise? AnnaLynne McCord and Shenae Grimes Beech, who recently launched their Dear Media podcast, Unzipped, spoke to HollywoodLife in an EXCLUSIVE interview about a potential reboot, while also dishing on how their lives have changed so much since the series went off the air in 2013. “If I am writing or directing, I will absolutely do it!” a pregnant Shenae said of bringing 90210 back to the small (or big) screen. “I feel like there’s been so many spin offs and reboots of the 90210 franchise, right? I can’t imagine that people can differentiate who we are from all of the different ones that have come out. If they can, that’s actually really, really appreciated.”

AnnaLynne jumped in, adding, “I think that if we were to do anything, we would have to have the whole cast and it would probably be more like a film or something that’s a one-off that would make more sense. Like a ‘Where are they now?’ kind of thing, because we’re so much older than we were!” 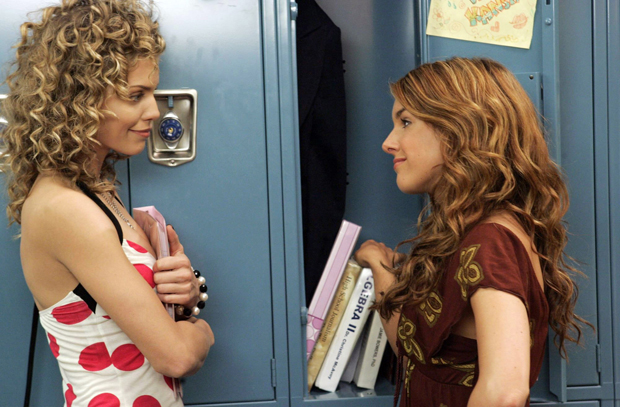 In the first episode of the Unzipped podcast, Shenae and AnnaLynne settled some BTS beef they admitted to having during their 90210 days. The pair admitted they didn’t speak for almost the entirety of the show, and chalked it up to the “toxic environment” on the show. While their friendship has since “blossomed” and there is no bad blood, they wanted to start their new podcast by having the conversation they “never had before.” There was never a conversation or a confrontation to hash it out,” Shenae explained. “All these years later, we were like, ‘Okay, let’s finally talk about it on camera,’ because we’ve kind of alluded to the fact that it was pretty messy behind the scenes a couple times, and that definitely piques people’s interest. So we decided to talk about it.”

“We wanted to set a tone for what we are going to do here on this podcast. We’re here to say, literally, no topic is off limits,” AnnaLynne added. “If you want to come here and hash out your views with somebody else, with us, we are here to be a part of it. We want to create a safe space.”

“We really want to use this platform as an opportunity to re-introduce ourselves,” Shenae continued. “We are so, so different from the characters we played on that show and what everyone knows us for.”