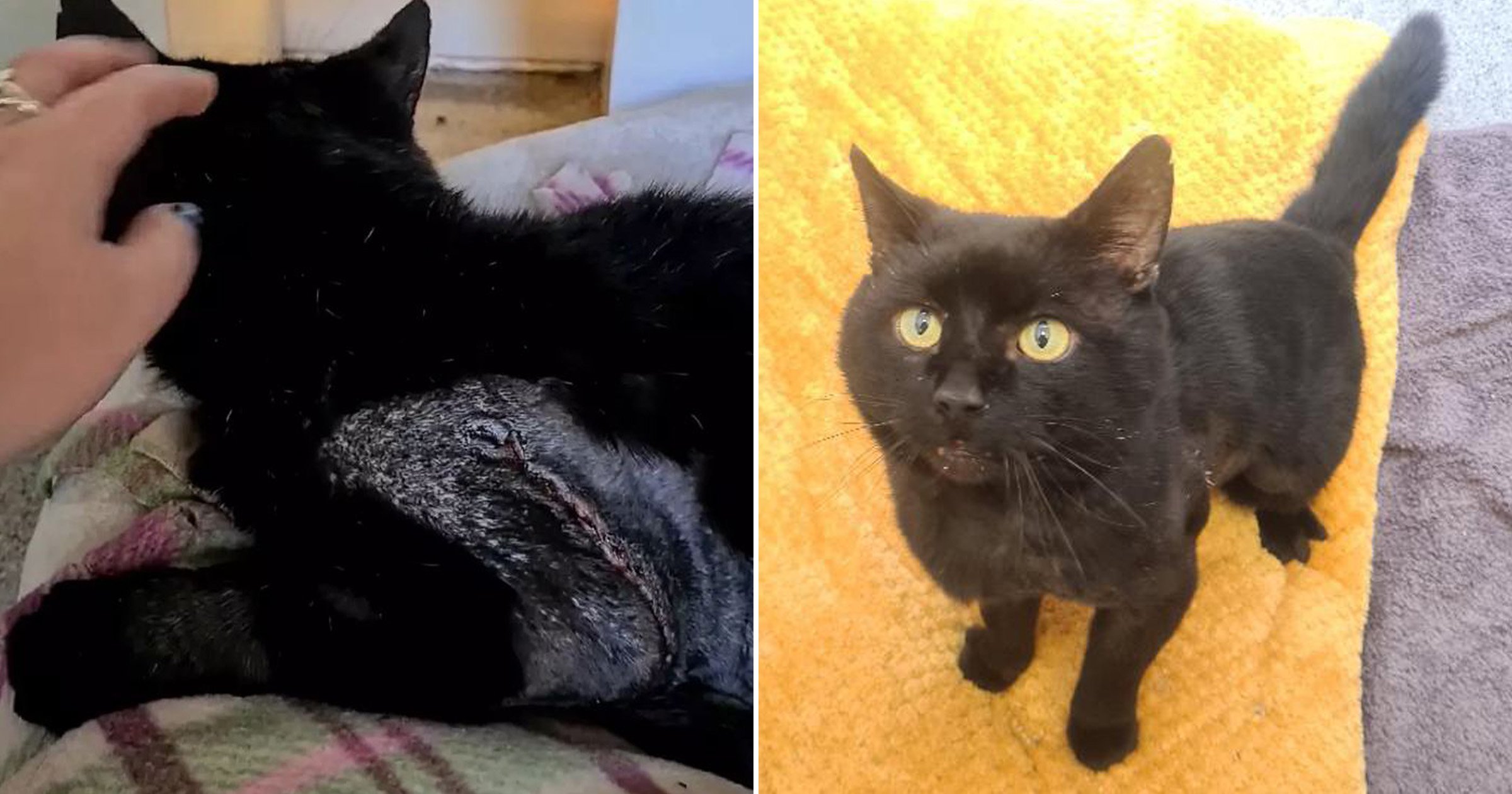 A kitty, whose post-surgery scars make him resemble a ‘Halloween character,’ is looking for a forever home.

Back in September, little Rob arrived at the RSPCA Sheffield as a stray, with an inflamed collar wound around his front leg.

In order to try and save his limb, vets carried out a specialist procedure called omentalization – which involved opening the stomach to take some of the membrane before tunnelling it under the skin along to his chest and into the wound.

Hayley Crookes, from the RSPCA, said: ‘When he came back to us from the vet, he looked like Frankenstein’s cat.

‘He had a huge wound running from under his chin, down his chest and around behind his left shoulder and back up again.

‘He also had a wound on his stomach from the omentalization and he was neutered too. He’d really been through it.’

The five-year-old feline was put on cage rest for three weeks to recover from the surgery. Thankfully, he showed great progress post-operation and started to come out of his shell.

Now the RSPCA team say Rob slightly resembles a Halloween character, and are concerned that potential owners may be put off by his appearance.

What’s more, because black cats can take longer to find forever homes, the moggy has the odds stacked against him.

However, Hayley hopes his loving, affectionate and chatty nature will win over hearts.

‘He’ll have scars for life but is all healed now and is ready to find a loving new home,’ she adds.

‘He is already at a disadvantage because of his colour, and we worry that people might be put off by his scars.

‘Whoever is lucky enough to adopt this boy will not regret it though – he’s such an amazing boy.’

Rob’s search for a home falls at a particularly relevant time, as earlier this week (October 27) marked National Black Cat Day – which aims to shine a light on the plight of unwanted black kitties.

RSPCA figures show that it takes longer for black cats to be adopted, with an average of nearly 35 days for them to find a forever home – compared to around 28 days for a tabby cat.

This can be down to superstitions and the fact that some people consider them to be less photogenic.