Bella and Gigi Hadid strip down for sultry Versace campaign

Gigi and Bella Hadid strutted their stuff on the runway at Friday’s fall 2022 Versace show during Milan Fashion Week, with Gigi, 26, wearing a sexy red velvet corset dress with latex boots and gloves while Bella, 25, wore a similar, shorter look with long sleeves.

Emily Ratajkowski joined them on the catwalk in a black corset look with green fringe, though her dark hair and brows remained in place.

It’s no surprise that the sisters Hadid would appear in Donatella Versace’s show, as they posed together for the latest Versace campaign, even going nude for a biblical-themed snap.

The duo have been practically inseparable during Fashion Month; they both walked for Michael Kors in New York and Moschino, Tod’s and Max Mara in Milan before hitting Versace’s runway. 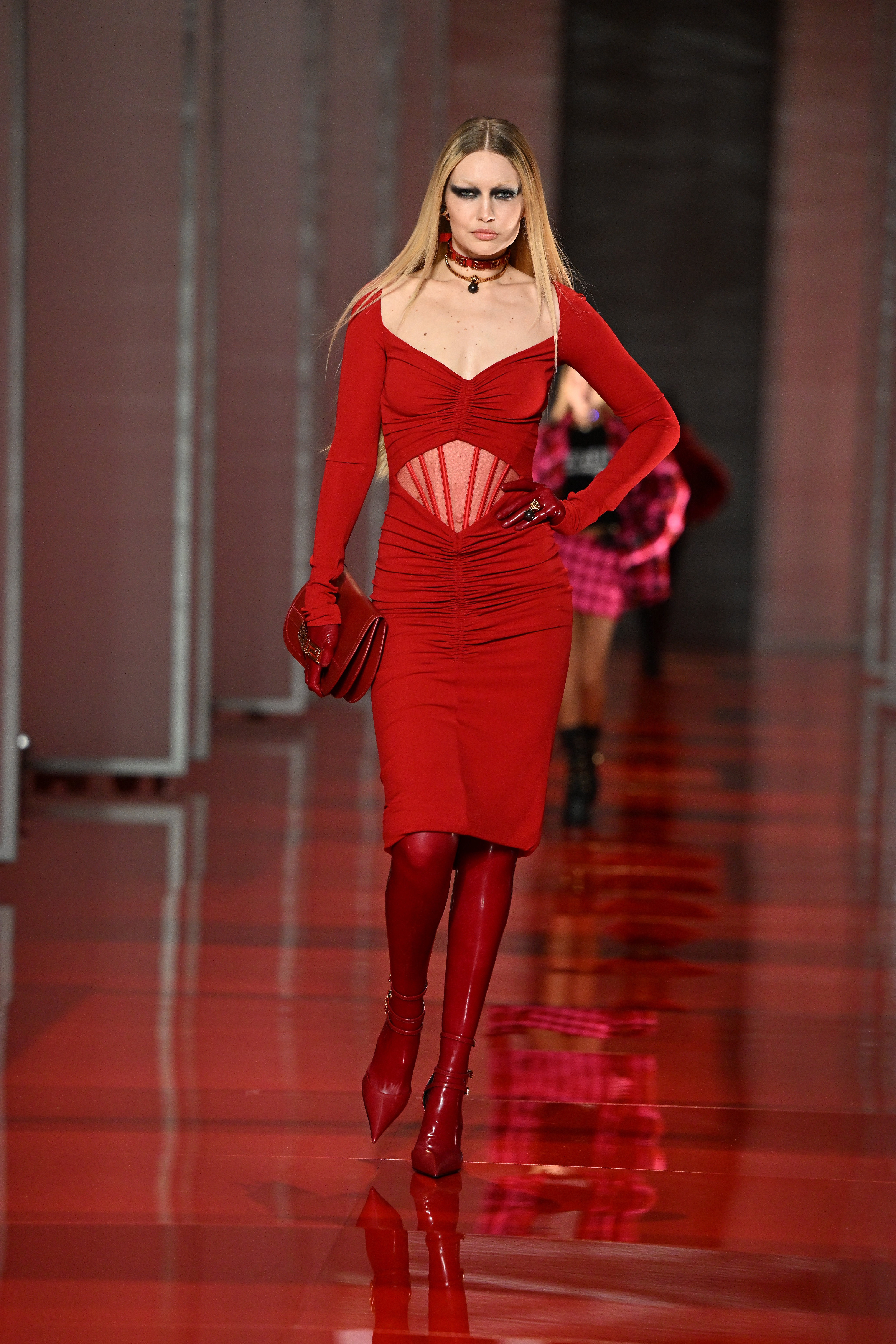 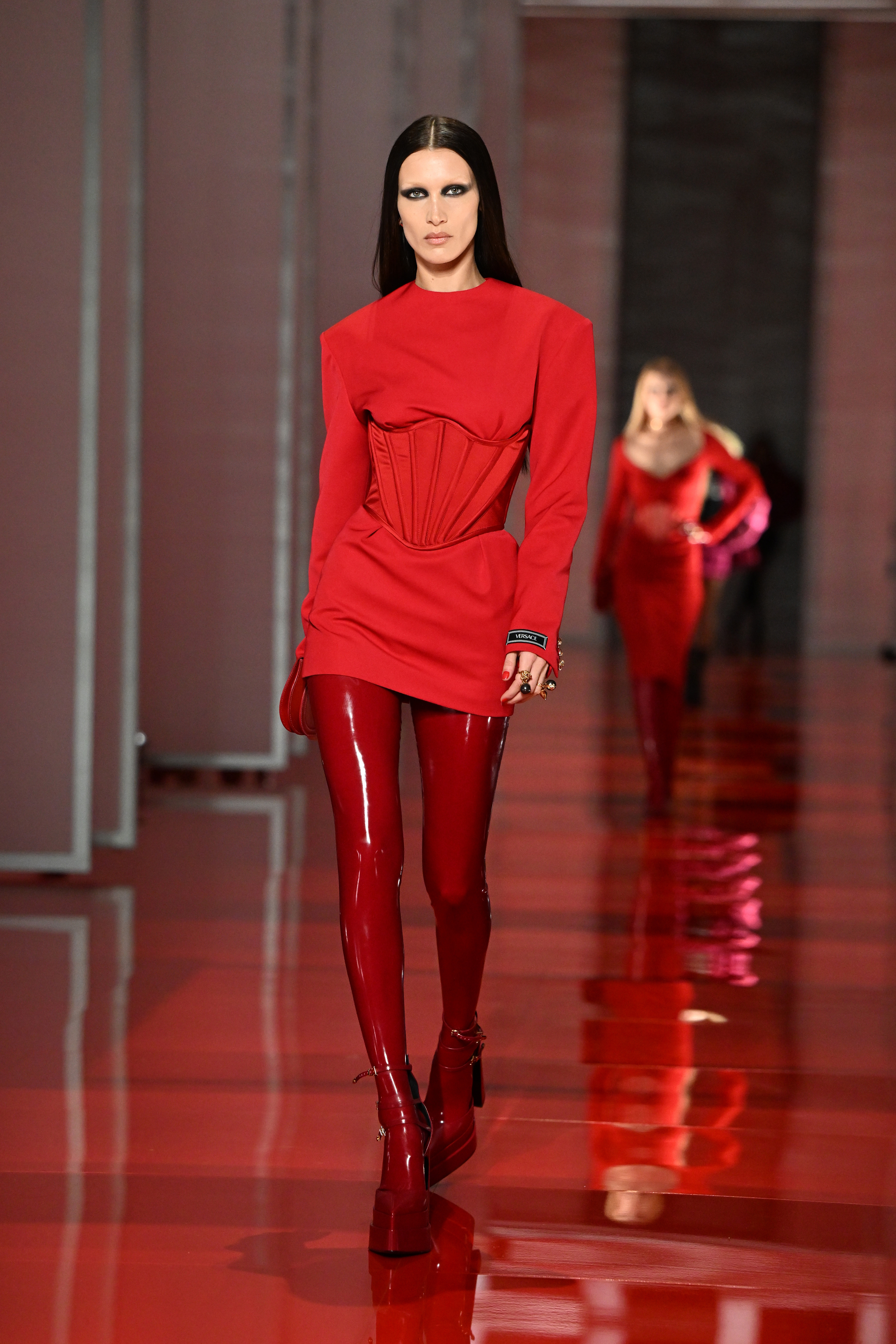