The 600-page tome showcases the photographer’s unique vision in all its glory. 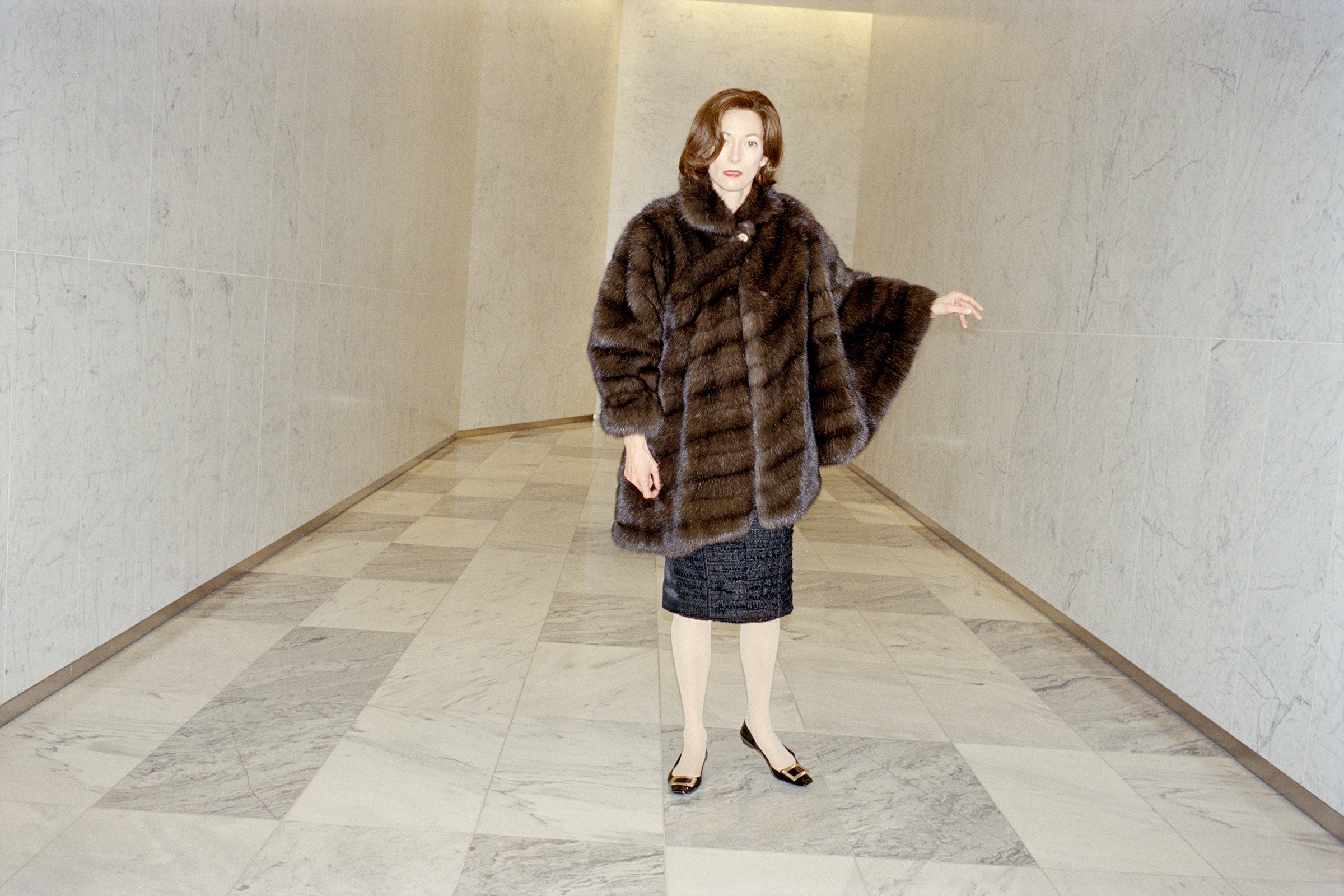 Within the gray brick walls of his London studio, Juergen Teller is seated at a long wooden table, flipping through the pages of his new book, Donkey Man and Other Stories: Editorial Works Volume 1 (Rizzoli). There’s one photo series in particular that has always stuck with him: a portfolio called “Enjoy Your Life, Junior!,” which appeared in Pop magazine in 2017. In Bubenreuth, the Bavarian village where the photographer grew up, a classroom of 6- and 7-year-old children had tacked up tear sheets of Teller’s most iconic works—Kate Moss with pink hair; Marc Jacobs advertisements shot against a stark white background. Teller’s mother informed him that the kids were inspired by his work and had interviewed her for a school assignment. “I was like, ‘You know what? I’m going to turn this upside down,’ ” he recalls. He postponed all the work he’d booked for the coming weeks and made his way to Germany, where he surprised the children, spending time with them as they re-created their favorite images from his extensive oeuvre.

Images from the “Enjoy Your Life, Junior!” shoot for Pop magazine, 2017.

Teller brings up this story with the wonder and admiration of a young child. He holds up his coffee-table book and points out each of the kids who was interviewed on video for the series. “It was magical. This little guy is so sweet,” he says. Screenshots from the video footage feature the kids’ most memorable quotes, and the photographer reads the captions aloud in a singsong voice, as though he were reading a bedtime fairy tale: “Juergen Teller came up with something quite special there. Other photographers would never do that.” “I wish he could live at my house.” “Juergen Teller just wants puzzling things. Other people just want beautiful things. And he does it in ad photos, too.”

Doing “puzzling things,” and in the process avoiding the clichés of stereotypical beauty, is a pretty good way of describing Teller’s entire career, which spans more than three decades, and has been the blueprint for a generation of young photographers and artists. In the 1990s and early aughts, Teller pioneered a new kind of fashion editorial, one that eschewed glossy, big-budget concepts, glam squads, and heavy Photoshopping in favor of pared-down hyperrealism. He frames his subjects—everyone from Brad Pitt to Kim Kardashian and Kanye West—as everyday folks. As a result, Teller has created his own genre, and his work is as likely to appear in fashion magazines (Teller is a frequent W contributor) as it is to grace gallery walls.

Coming in at just over 600 pages, Donkey Man and Other Stories is one of the most ambitious books Teller has published. It contains celebrity, art, and fashion shoots from System, Arena Homme+, i-D, Pop, and other indie publications. But it’s also a highly personal collection of work, featuring images of Teller’s father; his wife and creative collaborator, Dovile Drizyte; and self-portraits from his early days.

One of the very first magazine editorials he produced was “Romania 1990,” which he shot for i-D. He and his girlfriend at the time, the stylist and photographer Venetia Scott, traveled to the country immediately after the 1989 revolution, and photographed citizens who had lived through the uprising. “The food was terrible,” he recalls. “But the people were so incredible—warm and nice—and they couldn’t believe we were there. We obviously couldn’t speak the language, but we asked some people on the street to wear fashion. How the hell did we communicate that? I simply cannot remember, but somehow it worked.”

Nine years after “Romania 1990” first ran, in 1991, Teller’s career had fully taken off. He was shooting numerous ad campaigns, for Yves Saint Laurent, Marc Jacobs, and others. During that period, he photographed hundreds of the young models who appeared on his doorstep for castings, and turned the images into a now legendary book, Go-Sees. Teller became fast friends with many of the models he helped make famous, including Moss. In 1999, he spent a couple of days with her for a Süddeutsche Zeitung magazine story; he visited her apartment in New York City, then suggested they walk to her Calvin Klein billboard down the street and take a picture. “ ‘It would be funny—you’re like this pinup jeans model, and you’re just in front of it,’ ” he remembers telling her. “And actually, nobody on the street recognized her. That was at the height of her fame.”

Stella Tennant in Purple magazine, 2017; the image was republished in “Portfolio for Stella,” Pop magazine, 2021.

Teller then points to a 2008 photo shoot for W that featured Tilda Swinton. He photographed her in various locations across Manhattan: in Barbara Gladstone’s gallery; inside an old bank, on all fours in front of a Bruce Nauman neon piece. “We put Tilda in the role of a rich art collector going mad in her crazy apartment,” he says. “Then she was an art student. She was this person, then this person, then this person. It was an early example of the fusion between art and fashion. Now, everything is art and fashion.”

All images: courtesy of Juergen Teller.

Teller included Editorial Works Volume 1 in the title of his new book because there will be a follow-up coming soon, he says, that will contain more fashion-focused photographs. I ask Teller whether there’s a single narrative or message that runs throughout the tome, which at times can appear to be a wonderful hodgepodge. “The whole thing is curiosity,” he says, with a shade of that childlike wonder coming back into his voice. “If you are curious, then you are alive. Life is precious, and you’ve got to do the best you can with it. You can find everything boring, you can find everything negative, or you can jump in the cold water and take a risk. That’s the story.”