One of the Israel Museum’s biggest patrons, American billionaire Michael Steinhardt, approached the flagship Israeli art institution in 2007 with an artifact he had recently bought: a 2,200-year-old Greek text carved into limestone.

But shortly after it went on display, an expert noticed something odd — two chunks of text found a year earlier during a dig near Jerusalem fit the limestone slab like a jigsaw puzzle. It soon became clear that Steinhardt’s tablet came from the same cave where the other fragments were excavated.

Last month, Steinhardt surrendered the piece, known as the Heliodorus Stele, and 179 other artifacts valued at roughly $70 million as part of a landmark deal with the Manhattan District Attorney’s office to avoid prosecution. Eight Neolithic masks loaned by Steinhardt to the Israel Museum for a major exhibition in 2014 were also seized under the deal, including two that remain exhibited at the museum.

Museums worldwide are facing greater scrutiny over the provenance — or chain of ownership — of their art, particularly those looted from conflict zones or illegally plundered from archeological sites. There are growing calls for such items to be returned to their countries of origin. 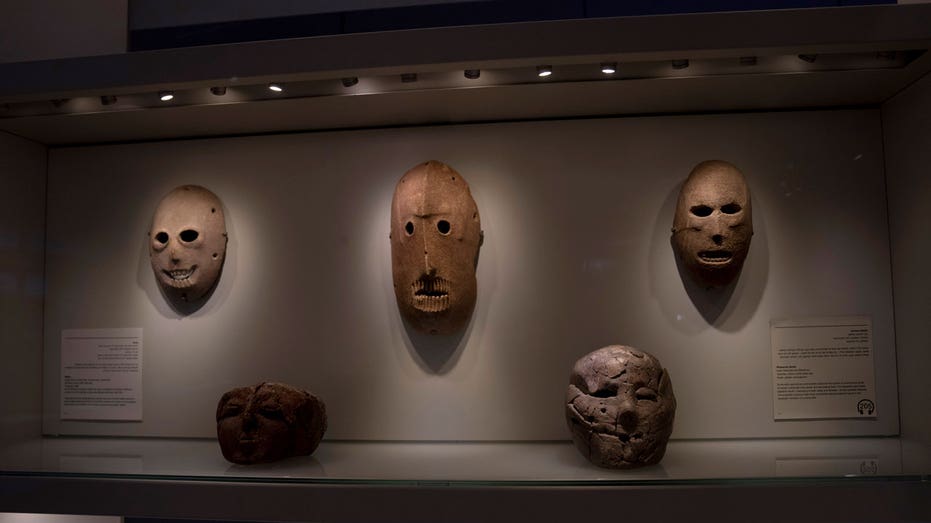 Donna Yates, a criminologist specializing in artifact smuggling at Maastricht University, said that several recent scandals involving looted artifacts — such as the Denver Art Museum’s return of Cambodian antiquities — are "causing museums to reconsider the ownership history of some of the objects that they have."

"They can’t really afford the public embarrassment of constantly being linked to this kind of thing, because museums aren’t wealthy and many of them hold a place of public trust," she said.

In addition to the Heliodorus Stele and two of the ancient masks, at least one other Steinhardt-owned artifact in the Israel Museum is of uncertain provenance: a 2,800-year-old inscription on black volcanic stone. The museum’s display states the origin as Moab, an ancient kingdom in modern-day Jordan.

How it got to Jerusalem remains unclear.

Steinhardt gave the Royal Moabite Inscription to the museum on extended loan in 2002, shortly after buying it from a licensed Israel dealer in Jerusalem, said Amir Ganor, who heads the Israel Antiquities Authority’s theft prevention unit.

That dealer, who confirmed the deal but spoke on condition of anonymity because of the legal questions surrounding the item, told The Associated Press that he obtained the inscription from a Palestinian colleague in Bethlehem, in the Israeli-occupied West Bank, who didn’t specify its provenance.

"I don’t know how it got to the dealer in Jerusalem," Ganor said. He said it could have come from the West Bank, neighboring Jordan or through Dubai, a longtime antiquities hub.

The Israel Museum declined interview requests and refused to show the artifact’s documentation.

But in a statement, it denied wrongdoing, saying it "consistently follows the applicable regulations at the time the works are loaned." It said all displays are "in full cooperation" with the antiquities authority.

The Manhattan District Attorney’s Office said the Moabite Inscription wasn’t part of the Steinhardt investigation and declined to discuss the item. 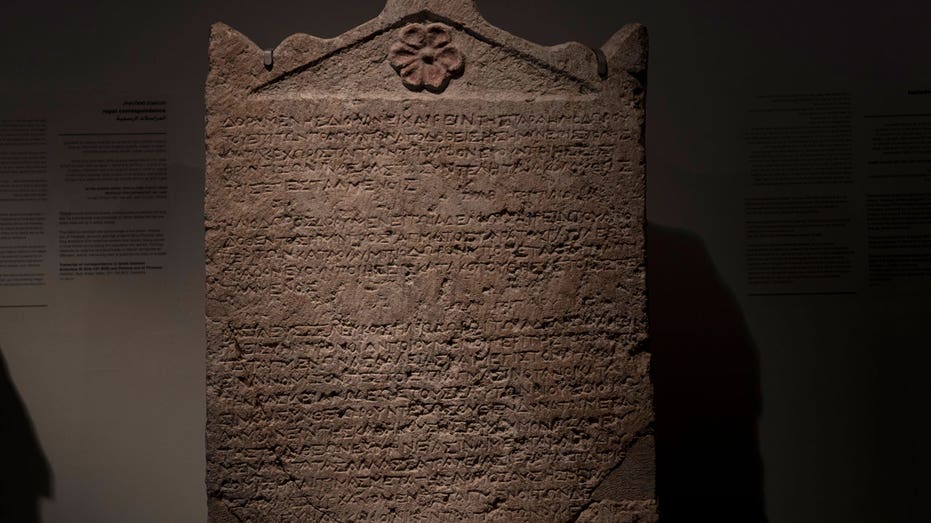 James Snyder, who was the Israel Museum’s director from 1997 to 2016, said all artifacts coming to the museum have their provenance checked by the IAA before they’re exhibited, and that Steinhardt’s other looted artworks "came with documentation of legal ownership."

Israel has a legal antiquities market run by some 55 licensed dealers. They are allowed to sell items discovered before 1978, when a law took effect making all newfound artifacts state property.

This market has provided an outlet for the laundering of smuggled and plundered antiquities from around the Middle East that are given fabricated documentation by dealers in Israel. Israel began closing that loophole in 2016, when it mandated a digital database of dealers’ artifacts.

Israel recently returned smuggled antiquities found in dealers’ stores to Egypt and Libya. Other antiquities stolen from Iraq and Syria — including thousands of cuneiform tablets purchased by Hobby Lobby owner Steve Green in 2010 — were smuggled to Israeli dealers before being sold to collectors with fraudulent documentation. 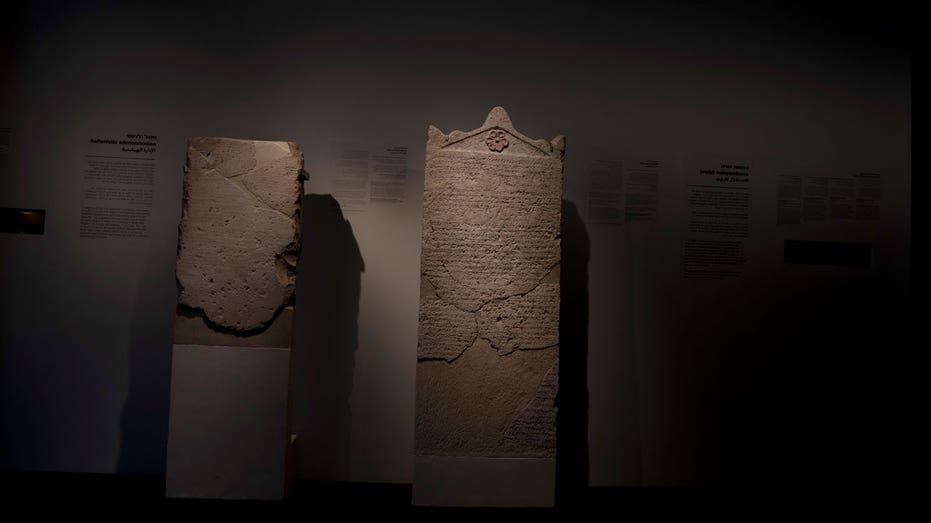 Morag Kersel, archaeology professor at DePaul University in Illinois, said the wanton plunder of archeological sites across the Middle East ultimately "is all demand driven."

"Looters do this because there’s someone like Steinhardt who’s willing to pay money and buy things that come straight out of the ground," she said.

Under the deal, the Manhattan District Attorney seized 180 of Steinhardt’s artifacts and will repatriate them to their respective countries. Steinhardt also agreed to a lifetime ban from acquiring antiquities — though it is unclear how that ban will be enforced.

Steinhardt, 81, is a longtime patron of the Israel Museum and many other Israeli institutions, including a natural history museum at Tel Aviv University bearing his name. Since 2001, his family foundation has donated over $6.6 million to the Israel Museum, according to partial U.S. tax filings.

Steinhardt was not accused of plundering any items himself and has said he did not commit any crimes. But the DA’s office said he "knew, or should have ascertained by reasonable inquiry" that the antiquities were stolen.

Steinhardt declined an interview request. His office issued a brief statement saying the Manhattan DA "did not challenge Mr. Steinhardt’s right, title, or interest to any of the artifacts" other than those in the settlement.

The DA began investigating Steinhardt’s massive antiquities collection in 2017 after he loaned a Bull’s Head sculpture to the Metropolitan Museum of Art that had been plundered from a site in Lebanon.

The DA says the three items at the Israel Museum are "effectively seized in place," and has opened talks with Israel to coordinate the return of 28 additional items. It said Steinhardt "has been unable to locate" the final nine items traced to Israel.

Of those 40 artifacts, more than half are believed to have been plundered from West Bank sites, according to court documents. An additional nine artifacts from Jordan, many sold to Steinhardt through Israel’s licensed antiquities market, are also being repatriated.

Neither the Jordanian government nor the Palestinian Tourism and Antiquities Ministry responded to requests for comment. Under interim peace deals in the mid-1990s, the fate of items taken from the occupied West Bank is to be part of a still elusive peace deal.

The Israel Museum said it had only recently learned about the settlement and is currently examining the matter.

For now, the plundered artifacts in the museum still bear Steinhardt’s name.