Jamie Lynn Spears: ‘I struggle with self-esteem’ as Britney’s sister

Britney Spears came for Jamie Lynn Spears — yet again — after the latter lamented over being related to the superstar on Fox’s new reality series, “Special Forces: World’s Toughest Test.”

“Are we gonna say it was hard being my sister ???? Hmmmmmmmmmmm …. really ???” Britney, 41, wrote in an Instagram caption on Friday.

The “Hold Me Closer” singer went on to remind her more than 41 million followers that her loved ones were treated to spa days and champagne — while she was barred from enjoying such simple pleasures as coffee — as she tirelessly performed in her lengthy Las Vegas residency.

“We teach her the MEANING OF MEAN and then throw her away in the end with no self rights !!!! You want me to share it on Telly ???” Britney continued. “I’d rather spit in their faces and trash them on Instagram cause that’s all my family has ever been to me !!!!” 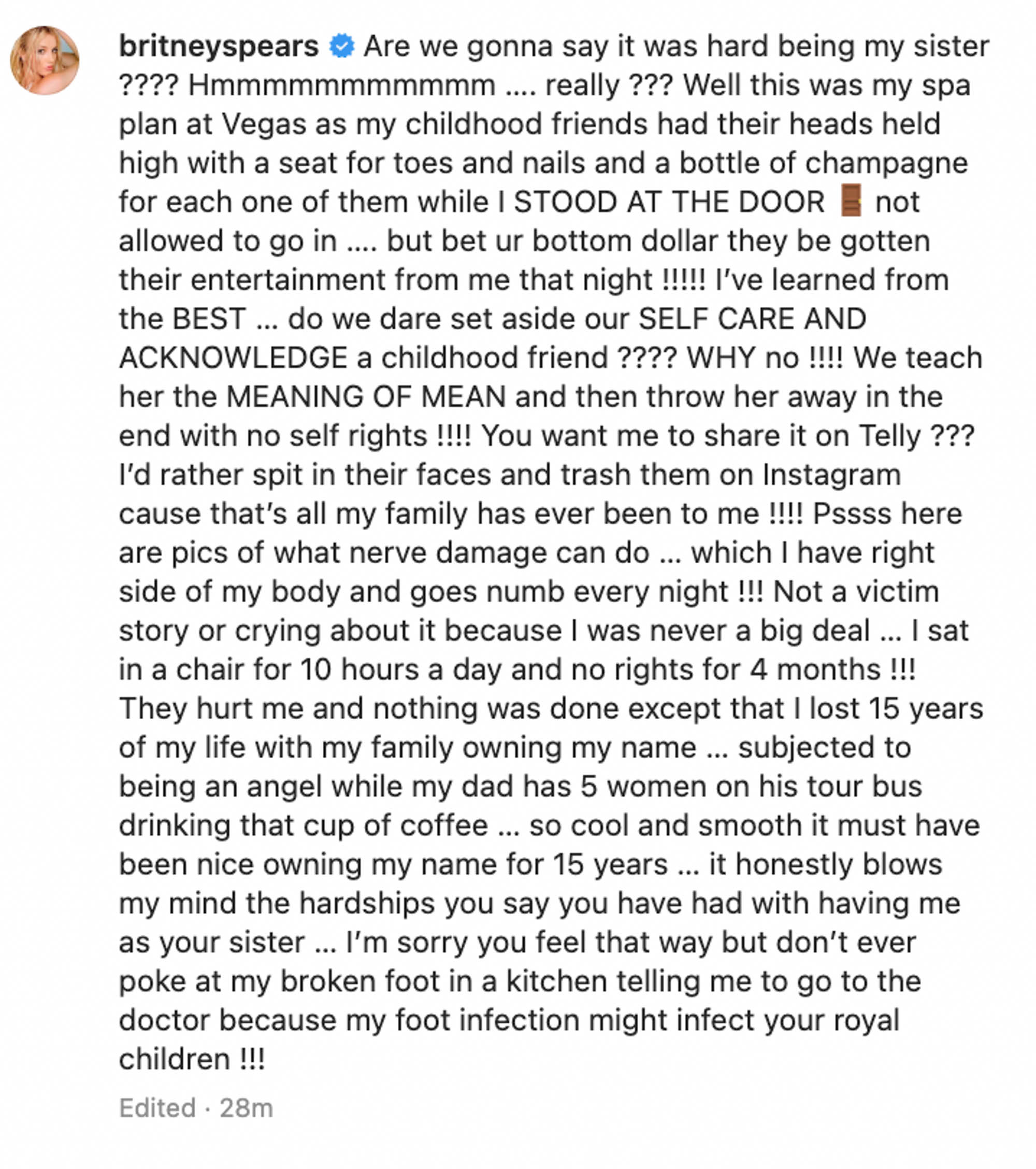 The Grammy winner then claimed that she suffered nerve damage during her controversial conservatorship that controlled her medical, financial and personal affairs for nearly 14 years.

The restrictive legal arrangement — established by her now-estranged father, Jamie Spears, in 2008 — was finally terminated in November 2021.

“Not a victim story or crying about it because I was never a big deal … I sat in a chair for 10 hours a day and no rights for 4 months !!!” noted Britney, who was allegedly forced into a mental health facility against her will at the start of 2019. 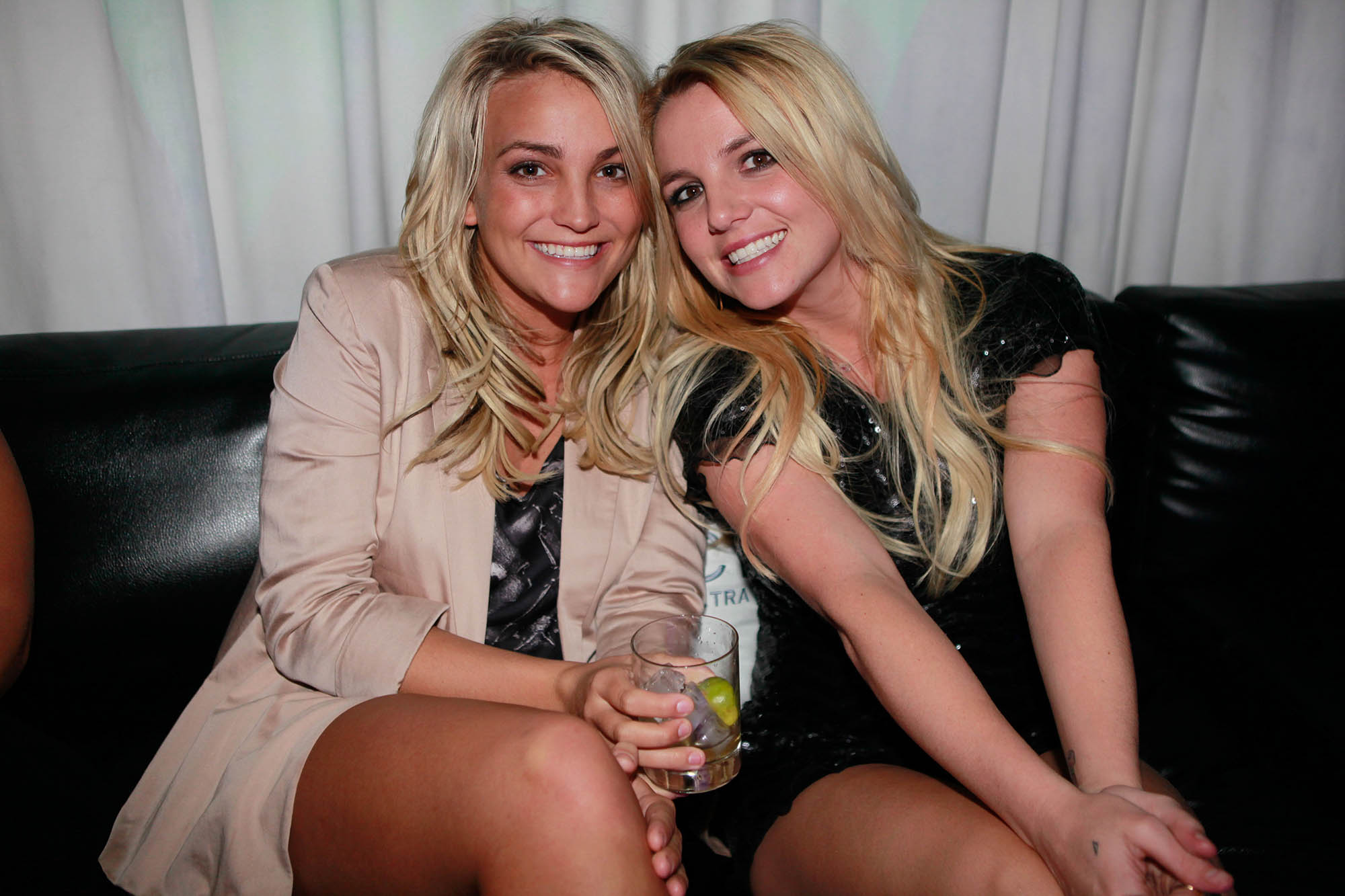 Jamie Lynn — who parents daughters Maddie, 14, and Ivey, 4, with husband Jamie Watson — said on this week’s “Special Forces” premiere that she “[struggles] with self-esteem” as Britney’s younger sibling.

“Growing up, my sister became famous, worldwide famous, when I was very young,” the “Zoey 101” alum said.

“I’m so proud of her, love her to death, but I don’t know. Sometimes I feel like I don’t really have anything for myself,” she elaborated. 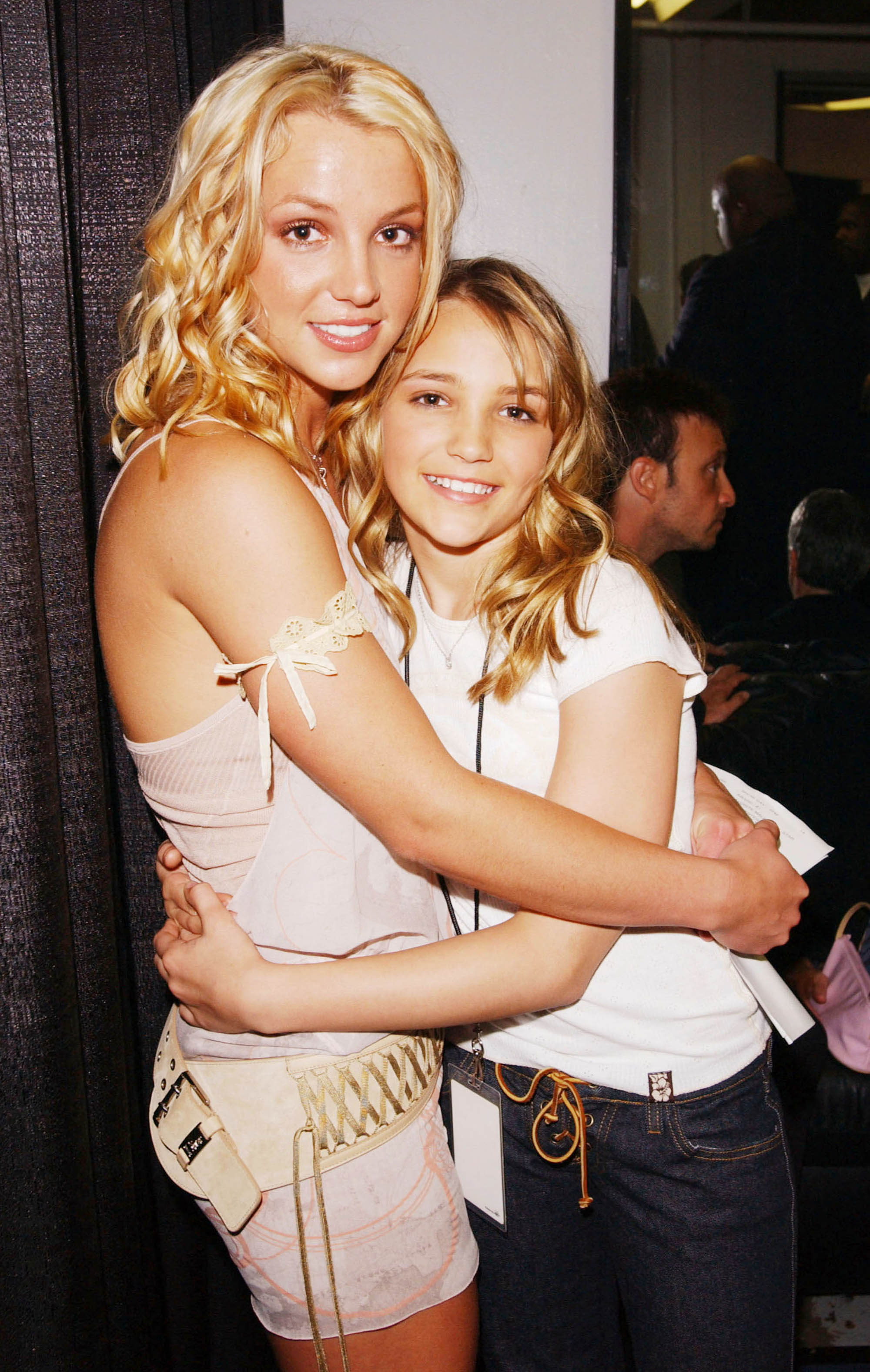 In a confessional, Jamie Lynn reiterated that she was “extremely proud” of her sister’s success, but would like to discover her “own identity” outside of being Britney’s sister.

The siblings’ relationship has been rocky for years. However, things took a turn for the worst in January 2022 when Jamie Lynn mentioned Britney’s name nearly 300 times in her memoir, “Things I Should Have Said.” 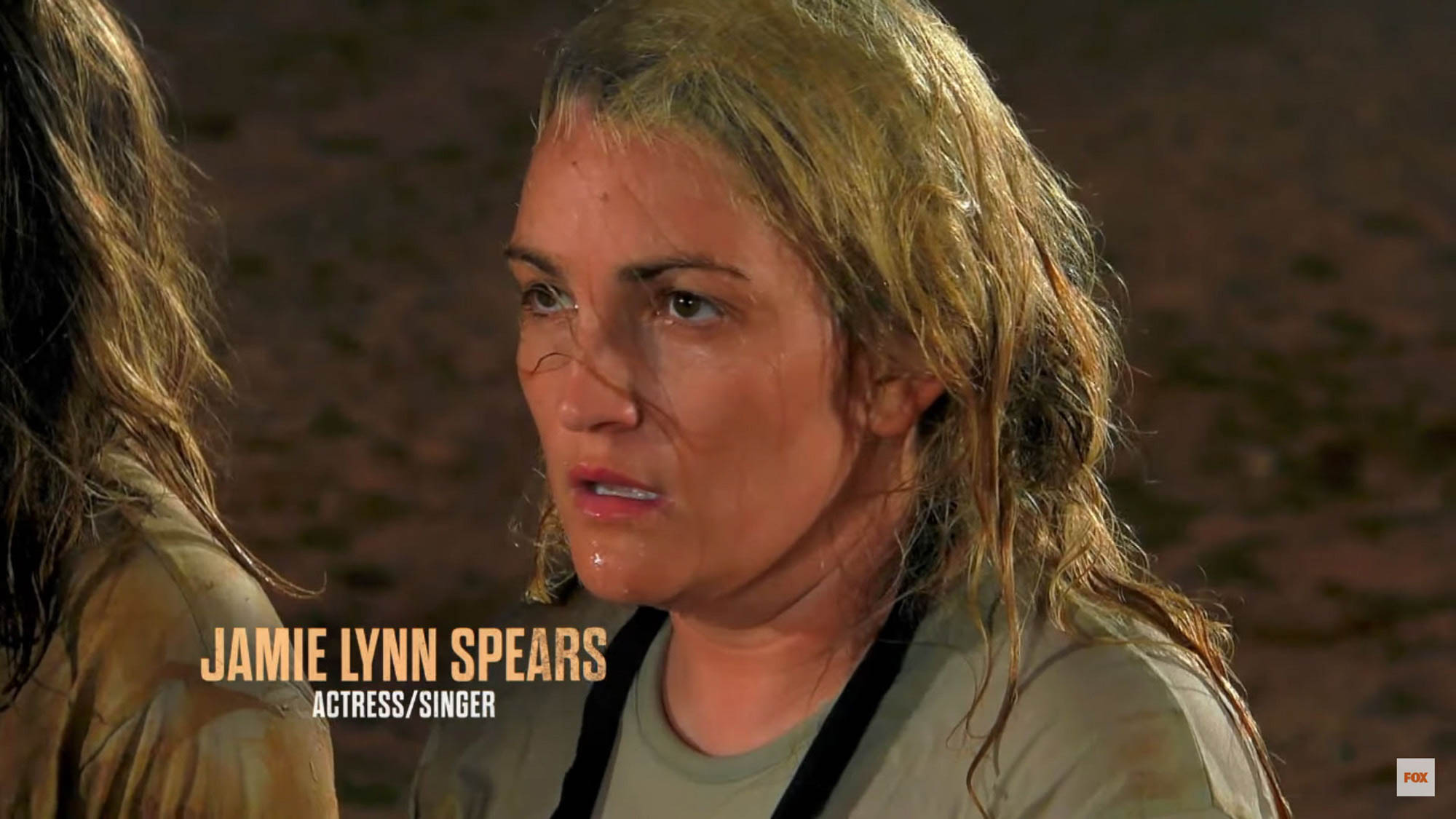 In a subsequent cease and desist letter, obtained exclusively by Page Six, Britney claimed her younger sister “exploited [her] for monetary gain.”

However, in a December Instagram post, Britney publicly praised “brave” and “inspiring” Jamie Lynn for “showing guts and glory.” The “Crossroads” actress confused fans, who were uncertain if she was extending an olive branch or being sarcastic. 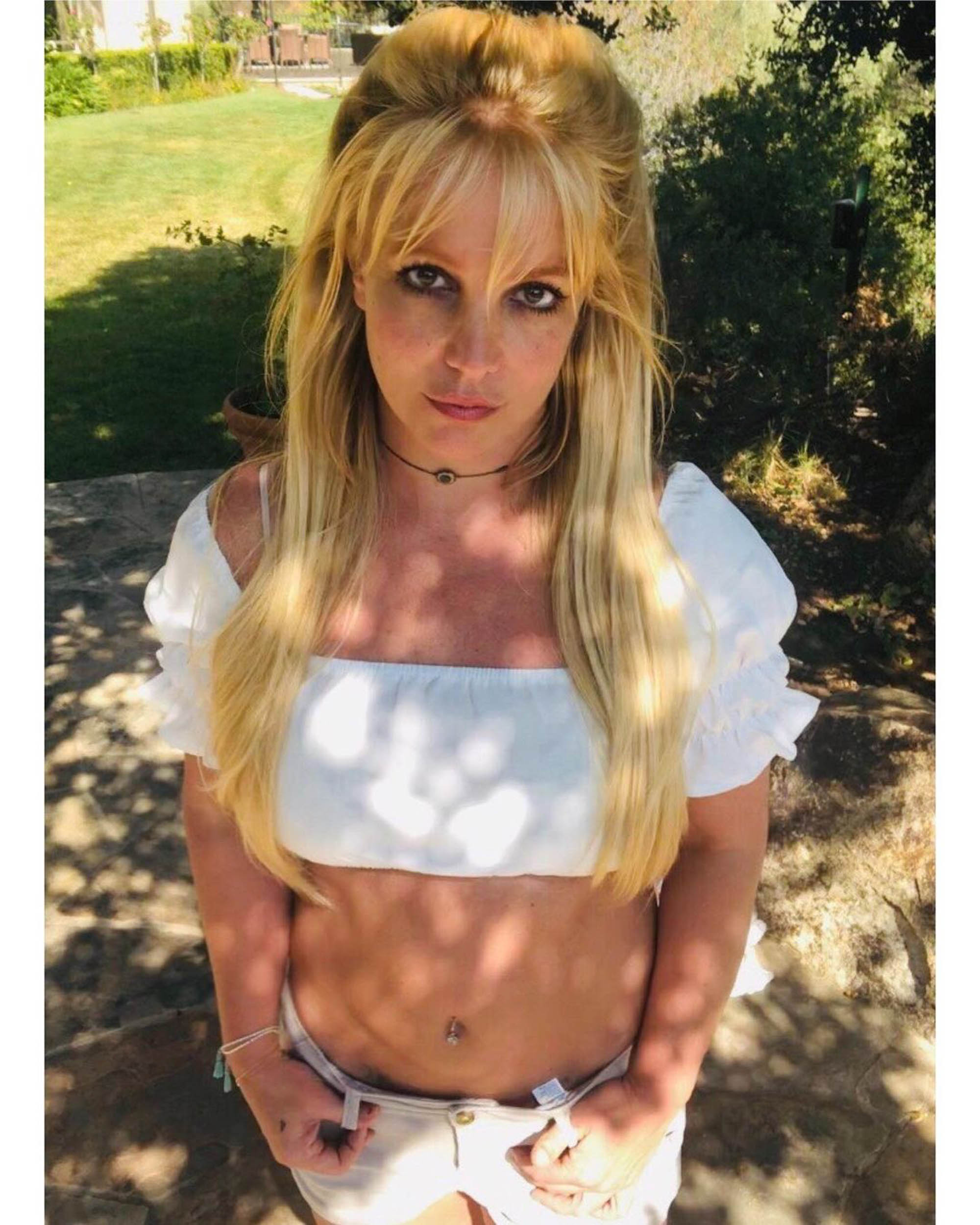 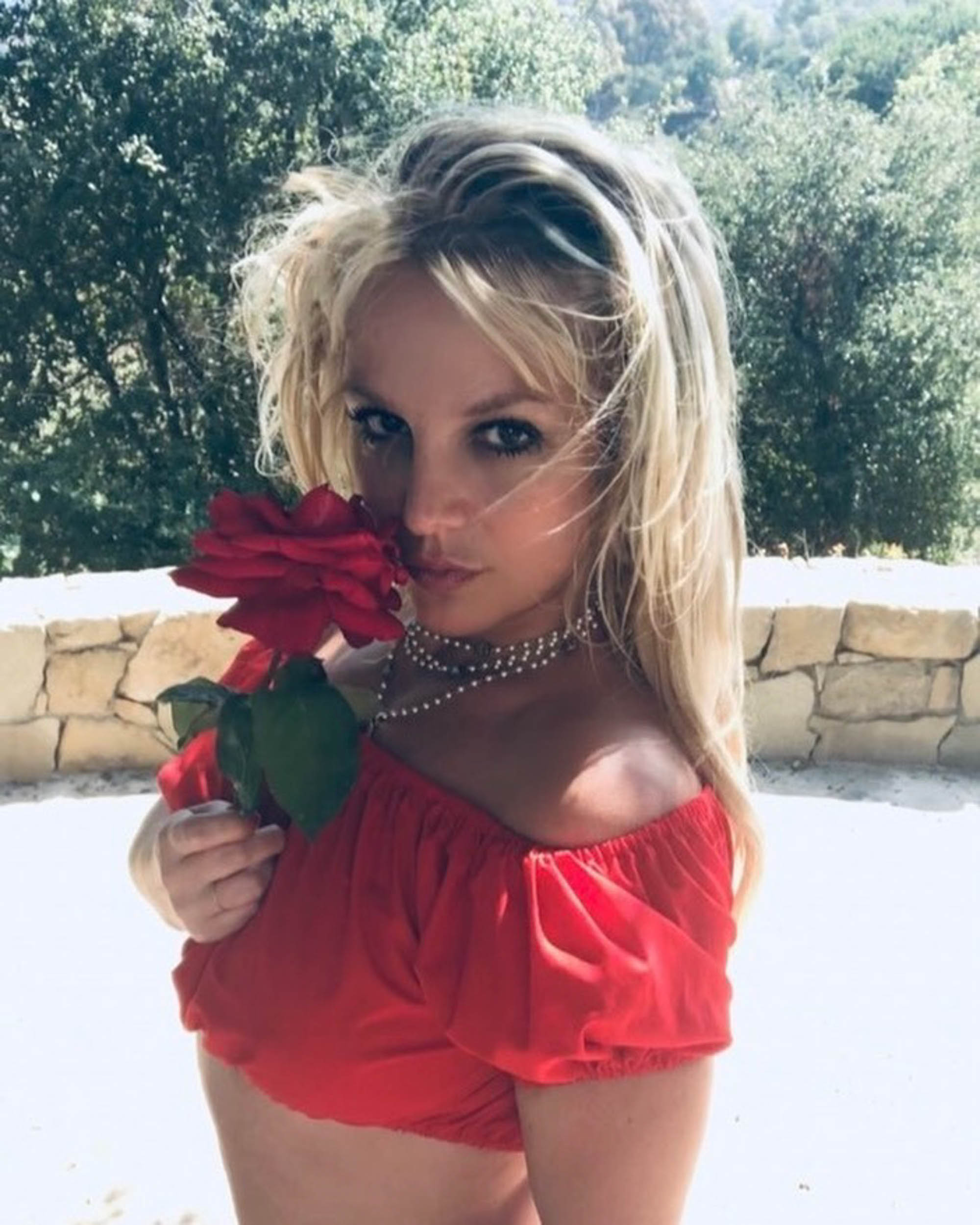 Britney has said in the past that she would like to “sue [her] family” for their roles in her conservatorship, sparing neither brother Bryan nor mom Lynne Spears — the latter of whom Britney has accused of giving her father, Jamie Spears, 70, the idea for the conservatorship alongside former business manager Lou Taylor.

Britney has also asserted that she wants her father charged with “conservatorship abuse” and sent to jail.