Camilla Parker Bowles is paying tribute to her late mother in law.

The wife of King Charles lll looked regal in royal blue, choosing to wear the Belgian Sapphire Tiara at Buckingham Palace on Tuesday, which previously belonged to Queen Elizabeth ll.

The dazzling headwear, which was worn during Charles’ first state visit as King, also marked Camilla’s first tiara moment since her husband acceded to the throne after his mother’s death on September 8.

The Queen Consort, 75, paired the sparkler with a royal blue lace gown designed by Bruce Oldfield as she and Charles welcomed South African President Cyril Ramaphosa to the U.K.

She accessorized with the tiara’s matching necklace and bracelet, along with the blue Order of the Garter sash and the Dame Grand Cross of the Royal Victorian Order star and sash.

Queen Elizabeth, who wore the stunning jewels on a trip to Singapore in 1989 and during China’s state visit to the U.K. in 2015, was gifted the pieces by her father in 1947. 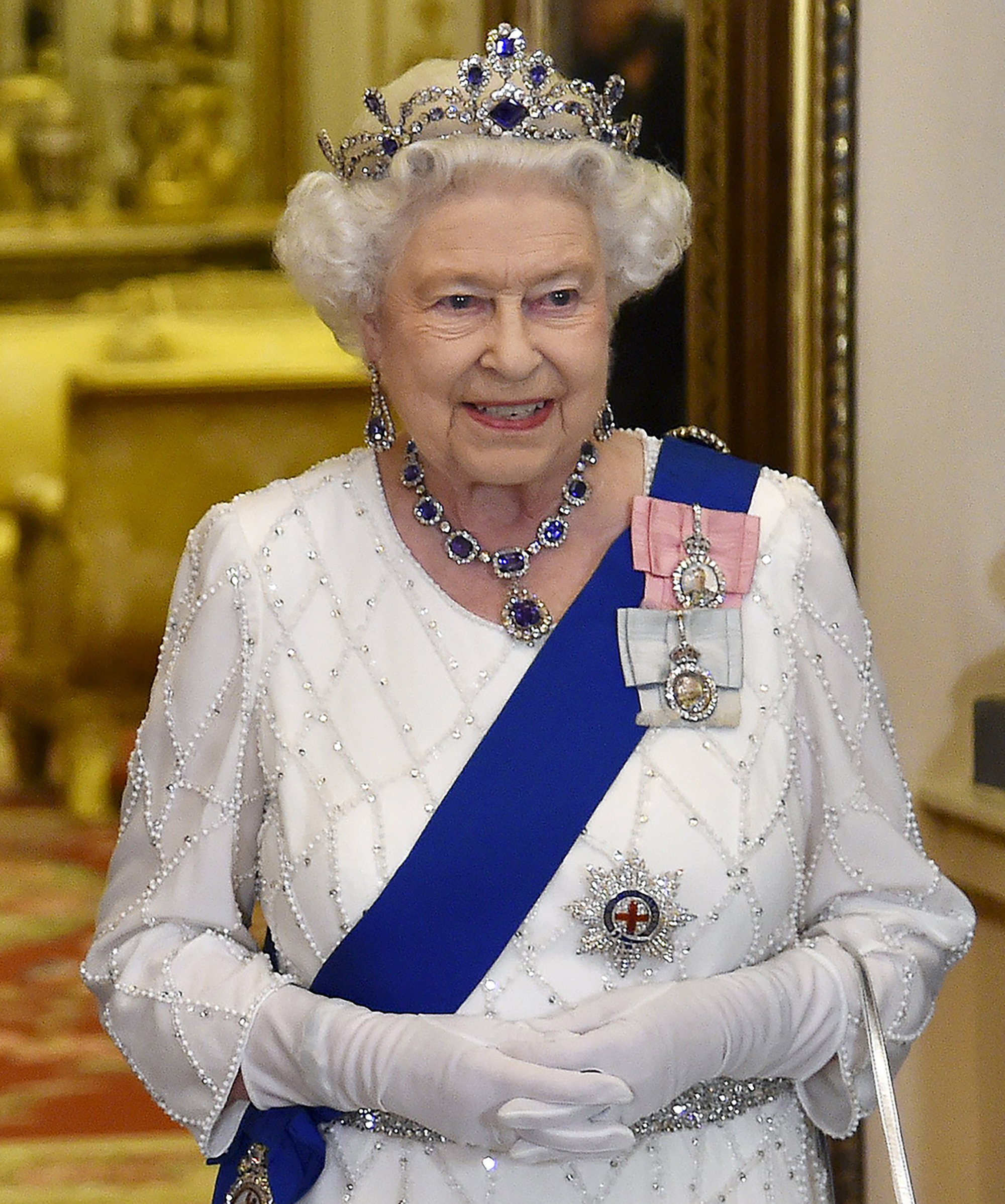 The jewels previously belonged to the late Queen Elizabeth ll. 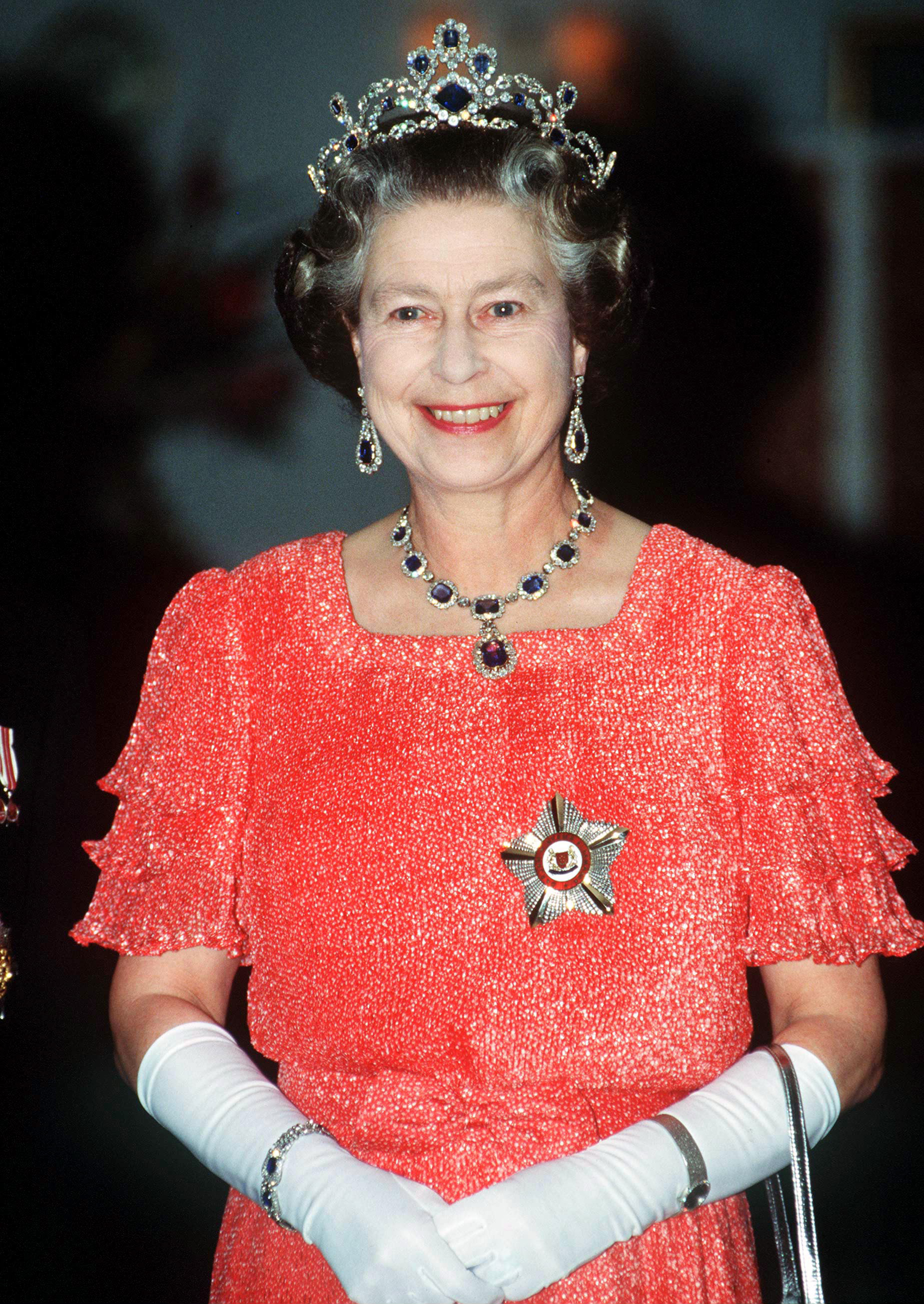 The jewels previously belonged to the late Queen Elizabeth ll.

Tim Graham Photo Library via Get