Actress Catherine Oxenberg had ­every reason to be happy. It was 2018  and her daughter, India, was finally out of the notorious NXIVM cult and safely at home in Malibu, Calif.

But the brainwashing inflicted by leader Keith Raniere was still wreaking havoc.

“One of the hardest things for me was not being able to feel my love for my mom because it had been so manipulated, and I was so dissociated for so long from my parents,” India, 30, told The Post in a joint interview with her mom. “That was the scary thing: to not know if I was going to feel that again. You just don’t think that someone could take that from you.”

But Raniere had a way of blinding women. For seven years, India was a member of his cult — physically branded with the initials of Raniere and kept as one of his sex slaves.
It has taken time for her to come back to herself, and her family, including Catherine — the former “Dynasty” star who did everything she could to alert the world to the ­dangers of NXIVM.

“It was terrifying because I got her back physically, but the fact that they damaged her so badly that she couldn’t even feel love, that’s awful,” Catherine recalled.
India added: “You have to really, really fight to get yourself back.”

India and Catherine had always been extremely close.

Catherine, the daughter of Princess Elizabeth of Yugoslavia, raised her girl mostly on her own. William Weitz Shaffer, India’s father and Catherine’s former boyfriend, was arrested on drug smuggling charges when India was a toddler and spent years of her childhood in prison.

So when Catherine and her then-husband, actor Casper Van Dien, started taking confidence-boosting courses (Executive Success Programs, or ESP) through NXIVM back in 2011, India was included, too. At the time, the group — founded by Raniere, a New York-based marketer — was popular among a certain group of chic, wellness-minded fulfillment-seekers on both coasts.

After two years, Catherine and Casper — who did not interact with Raniere — stopped, but India, who was 22 and searching for her path in life, got sucked in, even becoming a coach within ESP.

In 2016, she moved from Malibu to Albany, NY, and into the townhouse of “Smallville” actress Allison Mack, who was Raniere’s right-hand woman. India was initiated into a female-only group within NXIVM called DOS: Dominus Obsequious Sororium, which very loosely translates from Latin as “Master Over Slave Women.” Members, including India, were groomed as sex slaves for Raniere, the man they called “Vanguard.”

While NXIVM’s teachings were generally about personal and professional growth, DOS focused on women becoming strong. India described it as “ ‘boy training’ . . . as if being a woman meant you needed to be stronger.” She now sees it as “misogyny wrapped up in a warped feminism.” 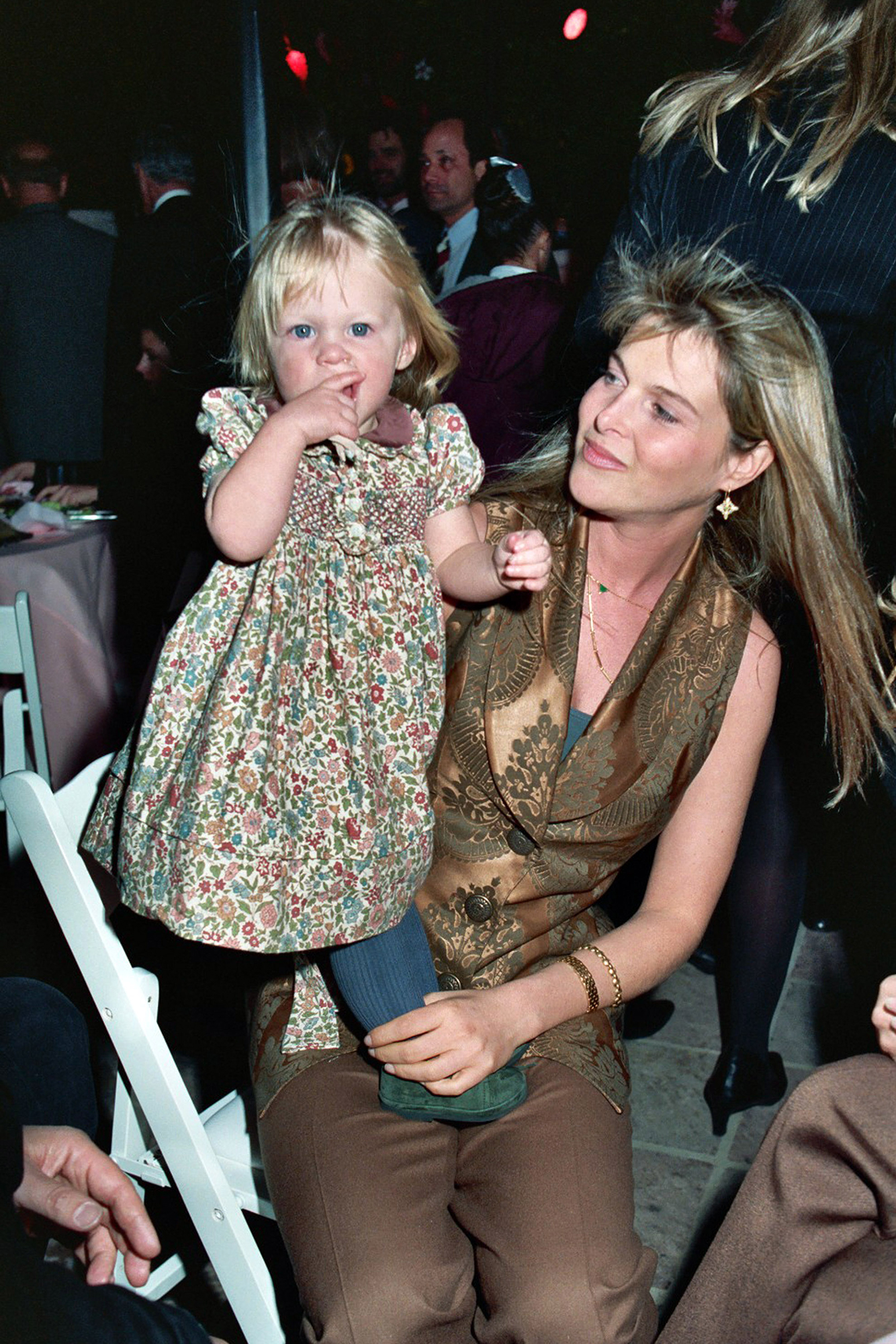 To prove her dedication, India was branded with Raniere’s initials — and tasked with finding other women for him.

Back on the West Coast, Catherine was ­contacted by a former NXIVM member who claimed that India was in a bad situation. At first, Catherine admitted, she was “very naive.” But the mom’s concerns grew as she saw her daughter losing herself.

The dominoes began to fall in 2017 as a story in The New York Times exposed the dark side of NXIVM, including branding as well as corporal punishment and manipulation.

Determined to save India, Catherine began speaking out in the press against the group — including going on the “Today” show to  let the world know that her daughter was in danger.

India was aware of her mom’s campaign but, Catherine said, “She was in a bubble. No logic could pierce her thinking.”

In early 2018, India was back in California for a visit — after having received permission from NXIVM leaders to go.

“I had to ask permission to go anywhere and do anything,” India said. “They ultimately had control over me, although at the time I thought that I did.”

Catherine had planned to stage an intervention, but India was summoned back to the group by Clare Bronfman — one of the millionaire heirs to the Seagram’s fortune and a devotee of Raniere — and flew back to New York immediately.

“Clare [was] being incredibly controlling, telling me that I had to come back and that I was abandoning the cause,” said India.

Catherine’s thoughts went to the worst place. “I thought [India being called back] was a suicide pact. I went ballistic,” said Catherine. “I wrote the FBI a huge long letter with all the references about suicidal ­ideation as a group.” 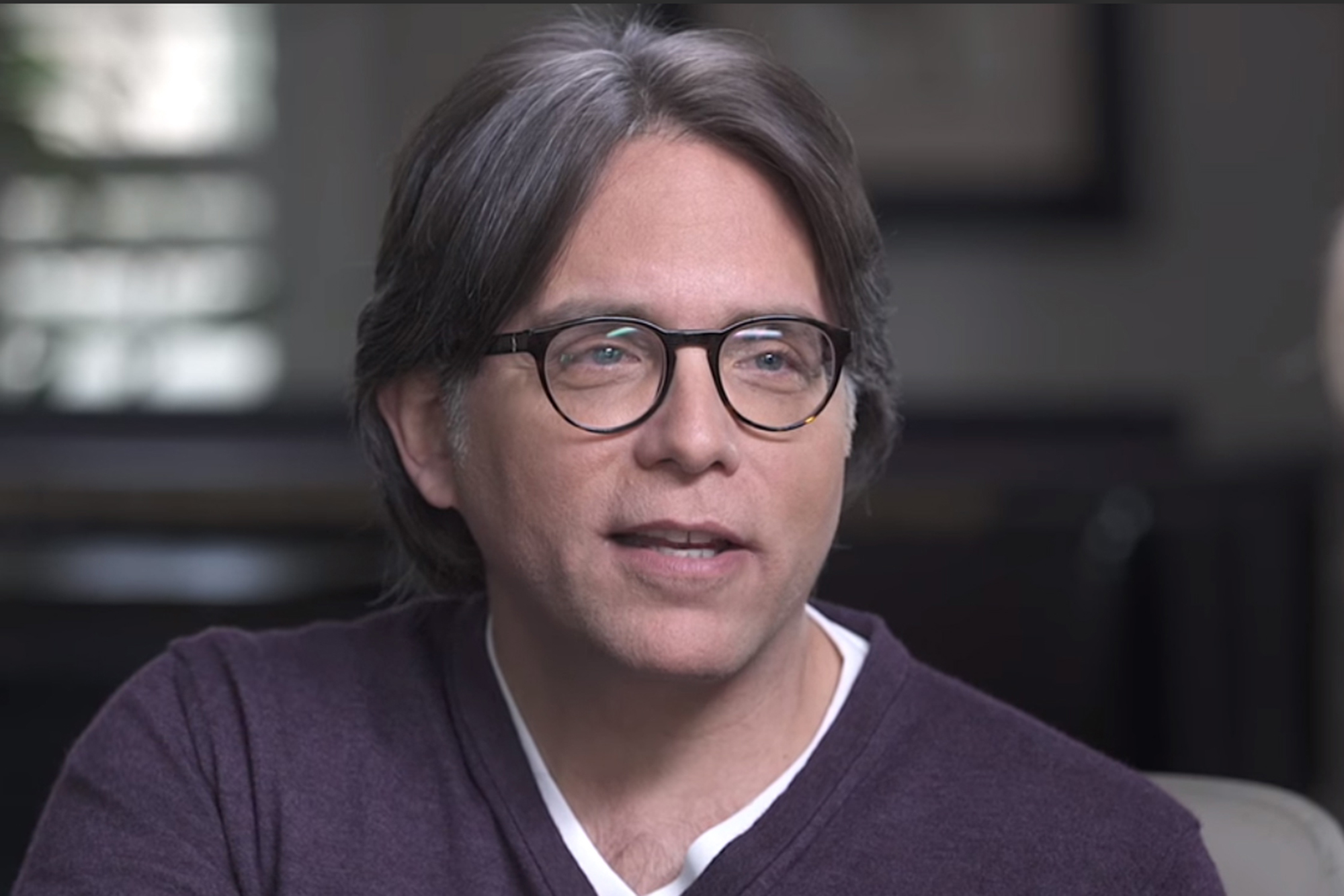 In March 2018, Raniere was arrested on charges including sex trafficking and racketeering. (He is serving a 120-year sentence.)

India was so brainwashed that she was, Catherine said, one of the “last men standing” within NXIVM. But the hold was lessening, Catherine added, and India agreed to meet her mom in June 2018 in New York City, where India was then living. It had been nearly a year since they had seen  each other.

“I couldn’t believe I was nervous to see my own child,” said Catherine.

As they sat together, Catherine’s phone started “blowing up” with the news that Bronfman, alongside other  NXIVM female leaders, had been arrested.

India stayed in New York until August, then finally came home to California. It was only once a lawyer took her through the details of the indictment against Raniere that India began to realize the situation she had been in. “I could see she had these internal shifts: ‘Oh, so that’s what was really going on,’ ” said Catherine. “It was really very subtle, the waking-up process.”

India also began to cooperate with the FBI’s case against Raniere.

“That was probably one of the darker times for me . . . I had to confront [the past] in a room full of six strangers and talk about decisions that I made while I was under the influence of these people and [while] I was not in my right mind,” India said. “I was questioning everything about myself. ‘Am I a monster? Who am I? Do I know myself?’ It was a real existential crossing.”

She still feels guilt about being made to lure other women into the group. 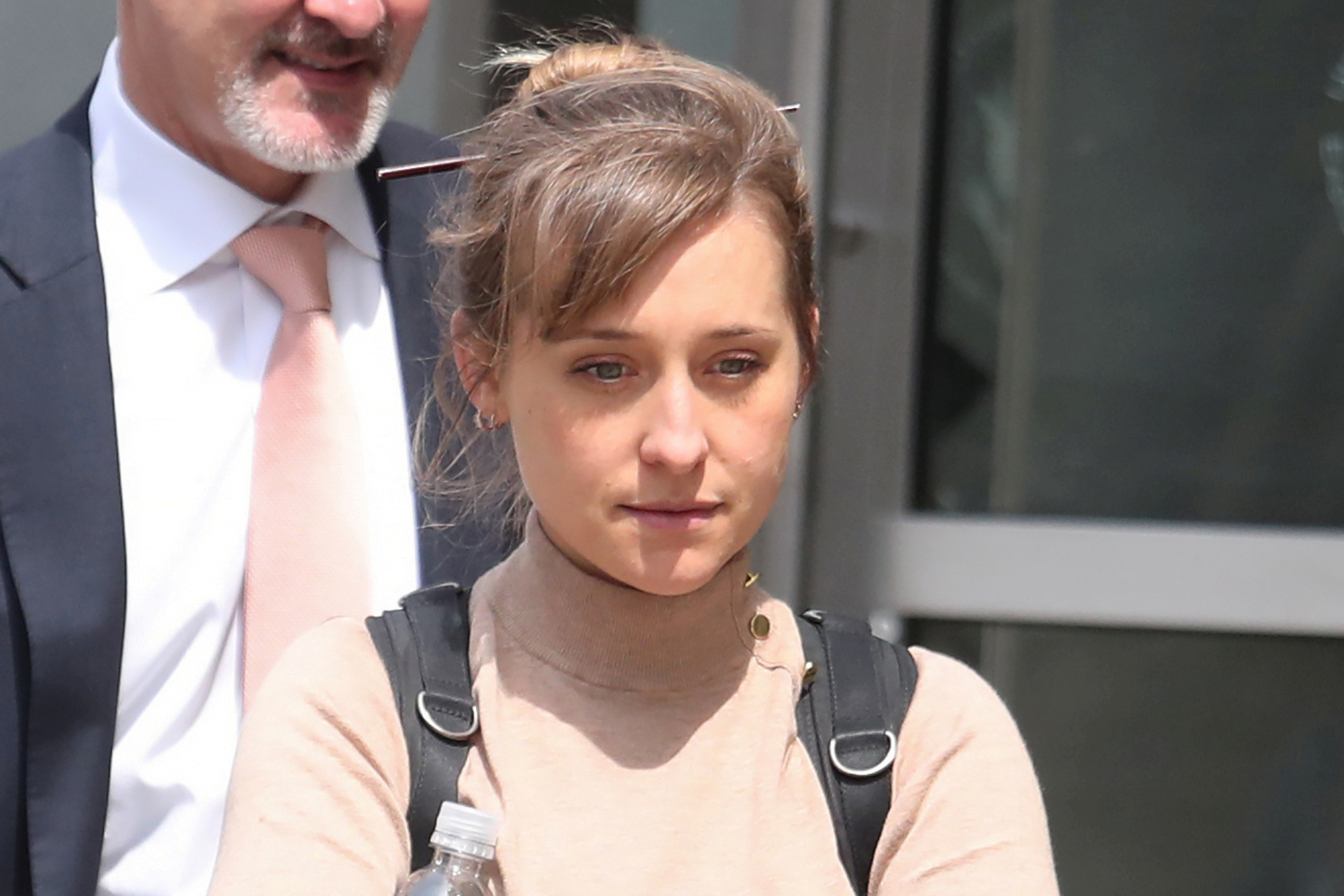 “I have gone out of my way to try to heal and repair those relationships with those who have wanted to,” India said. “I feel really grateful that some of them have wanted to. Not everyone wants to talk about these things and I respect that.”

The deprogramming was physical as well as mental. Under Mack’s thumb, India was allowed no more than 500 calories a day and her weight plunged to just over 100 pounds.

“You’re talking sleep deprivation, an enormous amount of stress and pressure and collateral,” she said, referring to  naked photos and deeply personal information members were forced to give the group as a sort of ­potential blackmail.

Looking back, “I don’t recognize myself. When I think about the direction that my life was going . . . and what I was actually being trained to believe . . . it was just so sad.”

She now menstruates again for the first time in two years and is doing strength training. “My body really was not in a good condition,” she recalled. “I didn’t think I was going to be able to have children.”

Now working as a documentary producer for Starz, India plans to marry Patrick D’Ignazio, a chef she met while working at a cafe in the East Village, next year. She’s been very open with him about NXIVM. “I have to explain those details to my fiancé about how I was victimized by another woman [Mack], how she preyed on me,” India admitted.

Incredibly, both Catherine and India feel compassion for Mack, who pleaded guilty to racketeering and was sentenced to three years in federal prison. 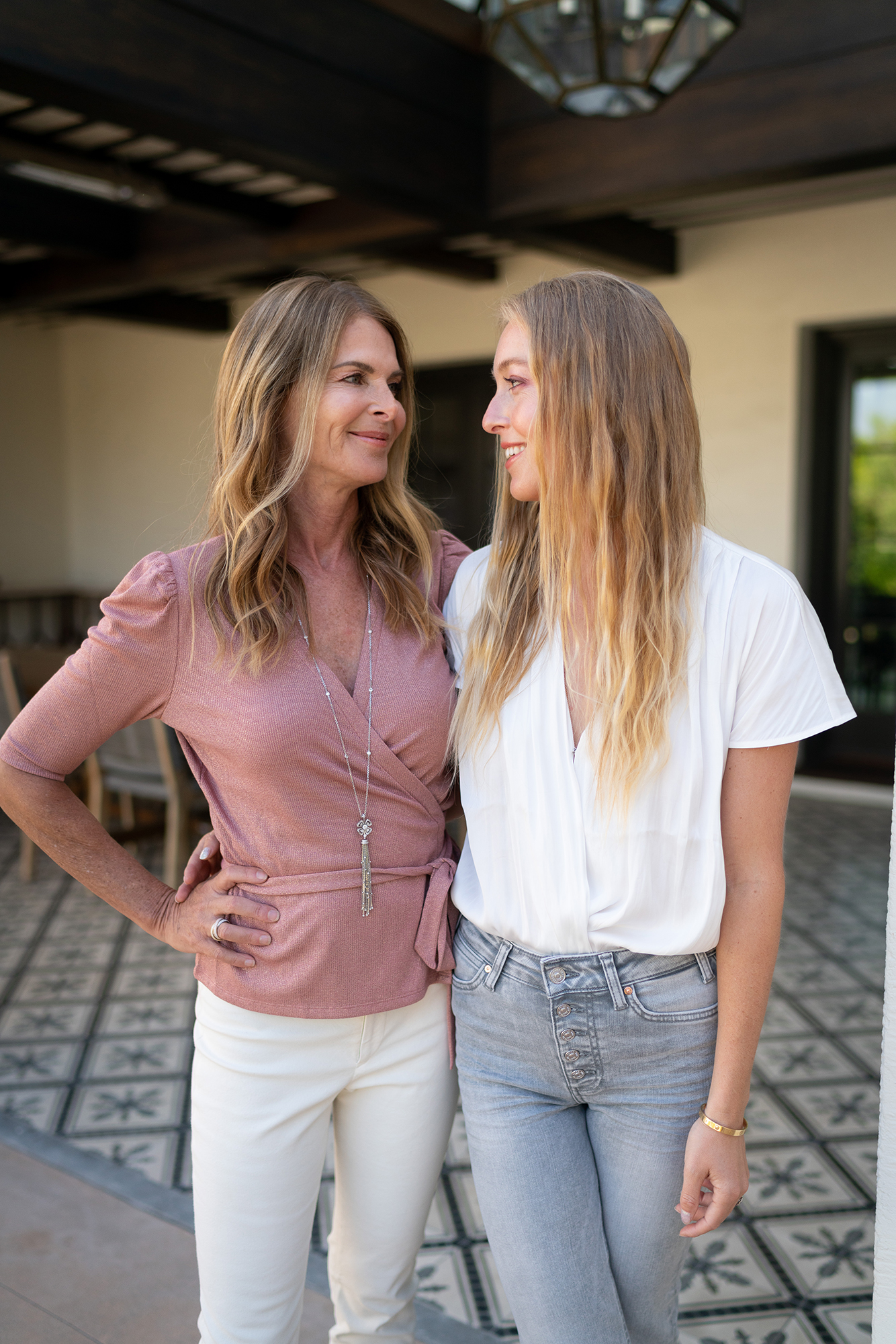 “The truth is, a lot of the teachings were to groom people to believe that giving their lives for Keith was actually an honorable thing. In a way, Allison Mack did give her life for Keith,” said Catherine. “She fell on her sword and tried to take the blame for a lot.”

Although Catherine first hoped for a longer sentence for Mack, the woman who recruited and groomed India into DOS, she now thinks three years is “absolutely right” and that Mack deserves a “second chance at life.”

Mack has apologized for her involvement, writing: “I believed, wholeheartedly, that [Raniere’s] mentorship was leading me to a better, more enlightened version of myself. I devoted my loyalty, my resources and, ultimately, my life to him. This was the biggest mistake and regret of my life.”

India hopes that Mack can use prison as a way to rehabilitate herself. “[She’s] not a person who is capable of being in society without being a danger to other people, because she’s not in her right mind,” India said. “I have always considered Allison both a victim and a perpetrator . . . I think that she is someone who lacked a lot of empathy and, in order for her to be stopped and repaired, this is the sentencing that she needed.”

That said, the former roommates will have no more communication.

“Do I ever want to have any more interaction or relationship with her?” India said. “Absolutely not, because I value myself — now more than ever. 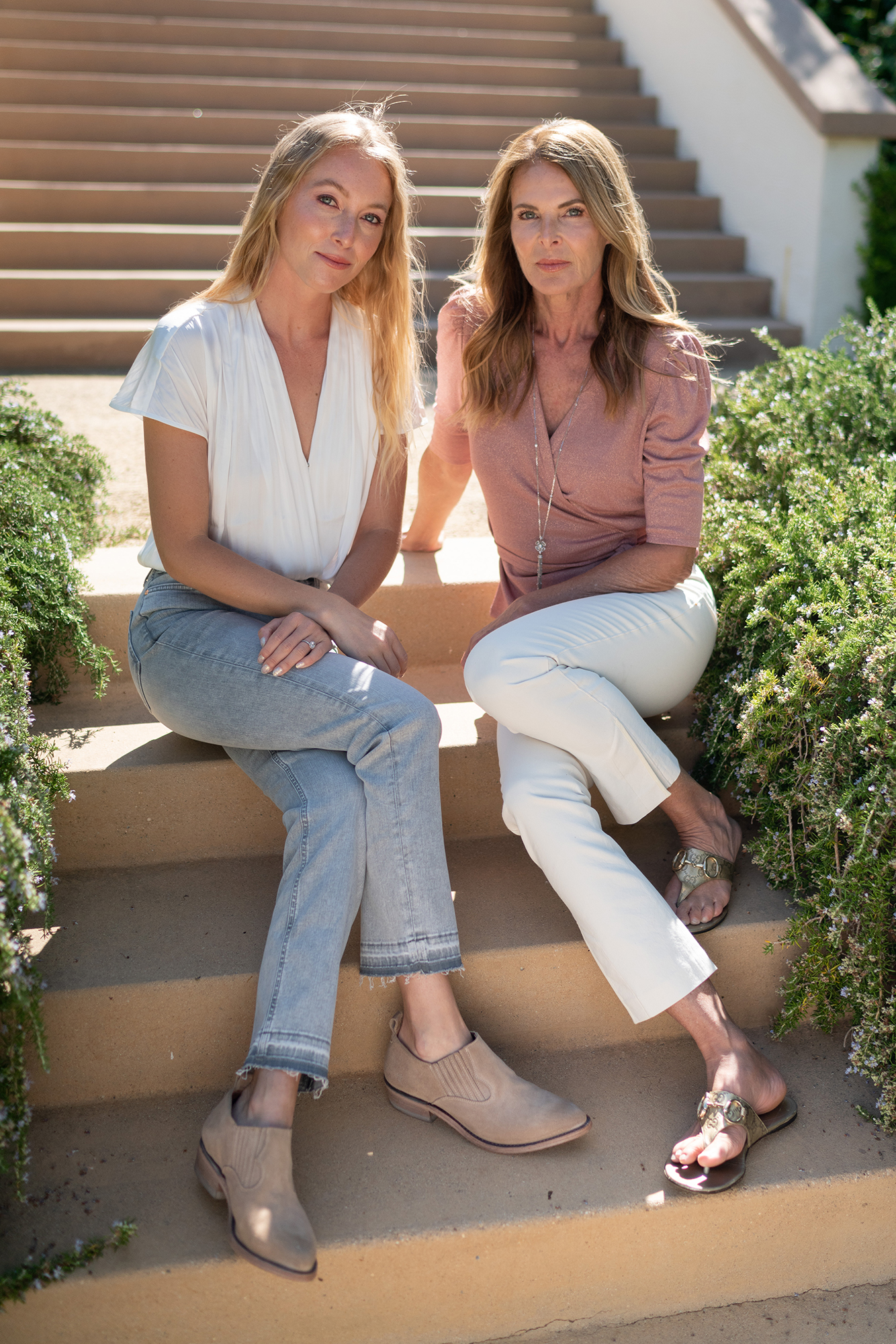 Raniere was ordered this week to pay $3.46 million in restitution to 21 victims, including India. He sat smirking in court as he insisted he doesn’t know any of his victims.
“He was laughing,” said India. “It was confirmation that this is a true sociopath . . . He’s exactly where he deserves to be.”

Now living in Los Angeles, India is happily reunited with her sisters, Maya and Celeste Van Dien, who are still teenagers. Catherine admitted that the girls were “terrified” that India would never forgive Catherine for trying to rip her from the cult.

But she did, and said she is also now “much closer” with her dad than before.

“I was given my life back, I have my family. I feel very purposeful and very clear on what I want to do,” she said. “Working for Starz as a producer on documentaries, it’s a really exciting opportunity to potentially give other survivors a platform to heal and take back their voices. I feel really lucky and can mitigate a lot of mistakes that I made.”

Catherine has since set up the Oxenberg Foundation to help those affected by cults and abuse.

India has confessed to Catherine that she was once ready to give up her life for Raniere, and said she wasn’t always confident she would be able to rebuild her relationship with her mother. “You don’t know what you’re going to go through as you’re unravelling it all because there were some very, very dark times for both of us,” India said.

“I was told by the experts, ‘You’ll never get the India back that you knew. There’s the India cult persona, then there’s the post-cult India. The India you know is dead.’ That was a very heartbreaking moment,” Catherine recalled. “But I don’t think that’s true. I see the India that I’ve always known — plus the amazing young woman who’s filled with wisdom and perspective and experience. I don’t think there’s a loss at all.”