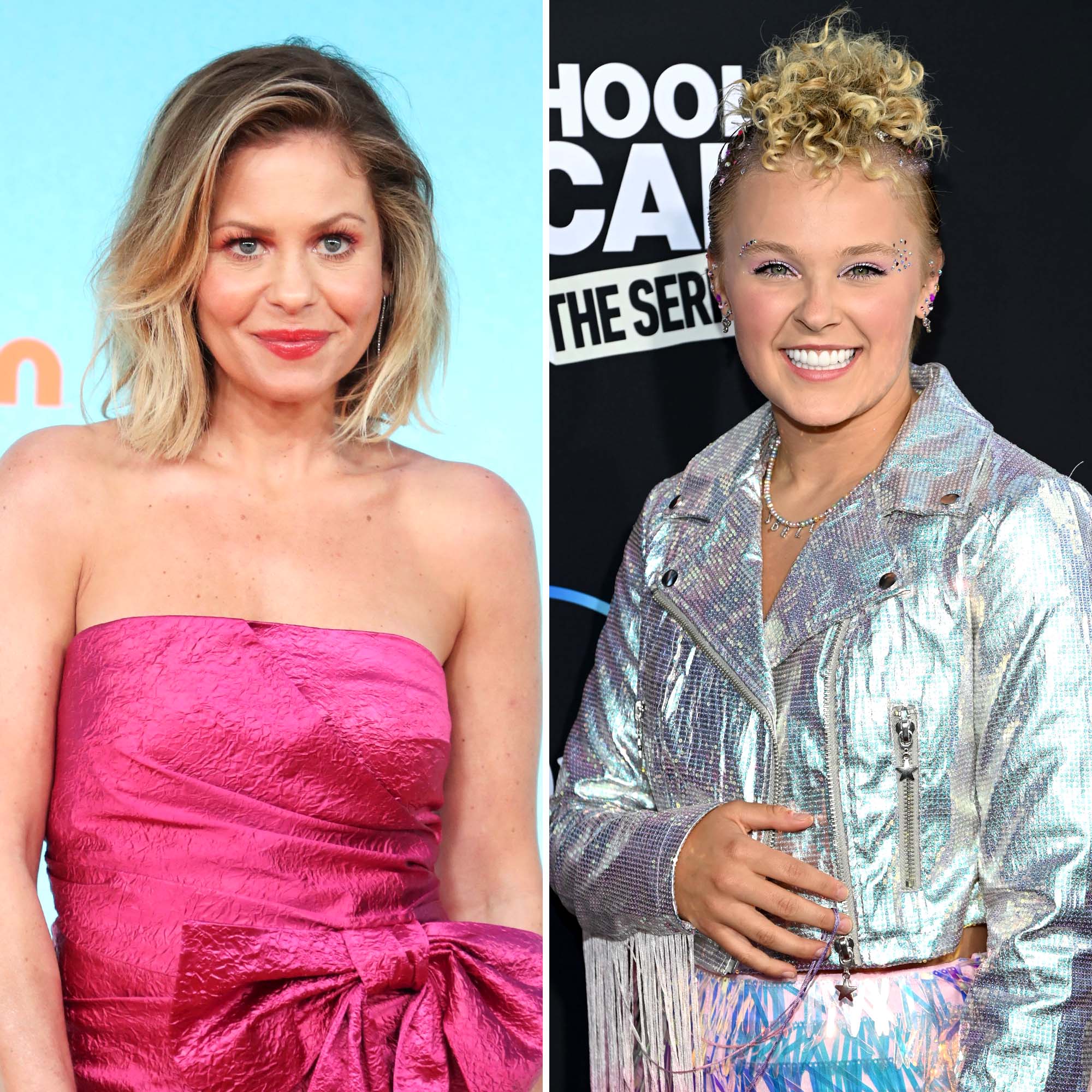 “Do nothing out of selfish ambition or conceit, but in humility,” the Fuller House alum, 46, posted via her Instagram Story on Thursday, July 28. “Consider others more important than yourselves.”

Alongside the quote from Philippians 2:3, Bure wrote, “A lesson I’m continuing to learn.”

The Hallmark alum’s latest message is the latest in a long line of social media posts about the feud, which kicked off on Sunday, July 24, after the 19-year-old dancer called Bure the “rudest celebrity I’ve ever met” as part of a TikTok trend. (Siwa also labeled Miley Cyrus as the “nicest” and named Zendaya as her “crush.”)

Bure took to Instagram on Monday, July 26, to share a video of her own, in which she revealed she and the Dance Moms alum had a conversation about Siwa’s TikTok and the incident that led the teen to call the Full House alum “rude” in the first place.

“She didn’t want to tell me [how I was rude to her],” Bure recalled in the Instagram video, explaining that Siwa said she now understands the situation better as an adult in the industry. “She said, ‘You know, I met you at the Fuller House premiere and I was 11 years old.’” When Siwa approached the GAC Family actress to ask for a photo, Bure responded, “Not right now,” which upset the young star.

“‘I broke your 11-year-old heart. Ugh. I feel crummy,’” the Christmas Town actress recalled telling Siwa on the phone.

On Tuesday, Page Six obtained a video in which the Nickelodeon alum told her version of events the following day, calling the experience “rough.”

“I will say because I had a bad experience, that doesn’t mean that she is an awful human,” the Siwas Dance Pop Revolution star said of Bure. “I think it just was an inconvenient time for her, and little 11-year-old me was just so pumped up and so excited, but that doesn’t mean she’s the worst human ever.”

Bure’s Thursday Instagram post was not the first time she mentioned a “lesson” in relation to her feud with Siwa. At the end of her Monday video, the Hallmark alum used the entertainer’s video as a cautionary tale.

They Went There! The Biggest Celeb Feuds of All Time

“No matter how many followers you have, even a 10-second trending TikTok video can do damage because our words matter and our actions matter,” Bure stated.

The No One Would Tell actress’ daughter, Natasha Bure, also weighed in on the feud Thursday via a since-deleted Instagram Story post seemingly directed at the Dancing With the Stars runner-up.

“Respectfully, someone saying ‘no’ to taking a photo with you is not a ‘rough experience,” the singer-actress, 23, wrote. “This generation is so sensitive and has no backbone.”