Could this bloody TV series be the next Killing Eve? Gory drama Ragdoll from the makers of serial killer hit follows detectives investigating six murders – after finding bodies SEWN together to make a Frankenstein-like monster

A bloody new TV drama which follows three detectives investigating a serial killer who murdered six people and stitched parts of their bodies together to make a grotesque Frankenstein-like monster could be set to follow in the footsteps of Killing Eve.

Ragdoll, which is based on Daniel Cole’s popular novel of the same name, is a fast-paced six-part thriller made by the team behind the hit crime series.

In the new series, which was released this week in the UK on Alibi, Henry Lloyd-Hughes plays DS Rose, with British-Brazilian actress Thalissa Teixeira as his friend and colleague DI Emily Baxter.

After viewing the horror, which the detectives call ‘Ragdoll’, Rose returns to his office to discover a letter from them with a list of six future victims – and the last name on there is Rose himself. 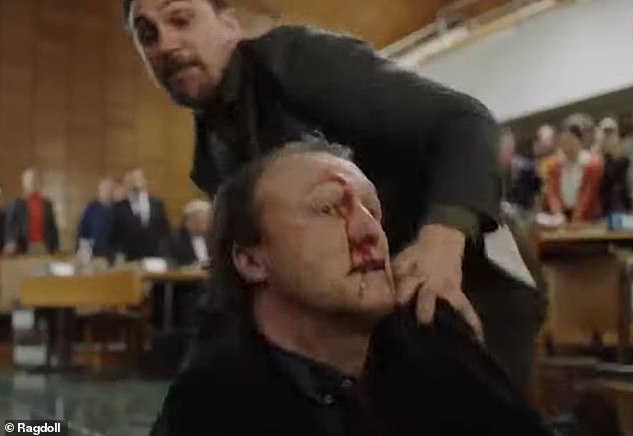 Gruesome new TV series Ragdoll, which is based on Daniel Cole’s popular novel of the same name, could be set to follow in the footsteps of Killing Eve 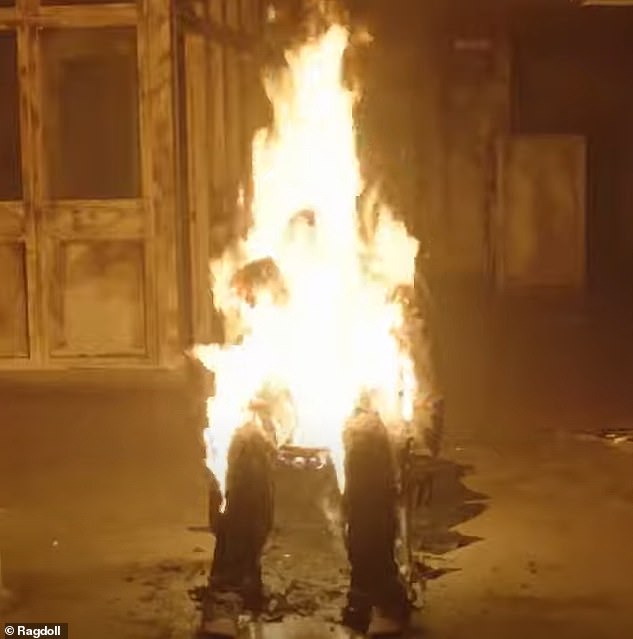 AMC describes the series as a ‘darkly funny, gruesomely imaginative serial killer thriller, Ragdoll also captures the fascinating but flawed friends struggling with the consequences of institutionalization and trauma.’

It explores the gruesome murders of six people who were killed, dismembered and sewn into one body, known as the Ragdoll and the search for the twisted serial killer, who sends the police a list of the next possible victims.

The premise does sound somewhat similar to the now-classic horror movie from 2001 Jeepers Creepers, in which victims are also found sewn together in a horrific and gory pattern.

The drama begins with a flashback to a court case involving Mark Hooper, a man dubbed The Cremation Killer.

Although he’s as guilty as sin, Hooper smirks at Rose when he escapes justice on the grounds that crucial evidence against him has been deemed inadmissible.

It’s all too much for Rose, who’d been working on the case against Hooper for months. He snaps, leaps across the courtroom and beats the defendant to a pulp.

Later, in the psychiatric unit, Rose befriends a psychopath named Joel, who tells him he can arrange to have Hooper killed. Back in the present day, Rose is stunned to discover that the head of Ragdoll belongs to Hooper.

Ragdoll is partly about the hunt for a killer but also about the relationship between the three detectives on the case. 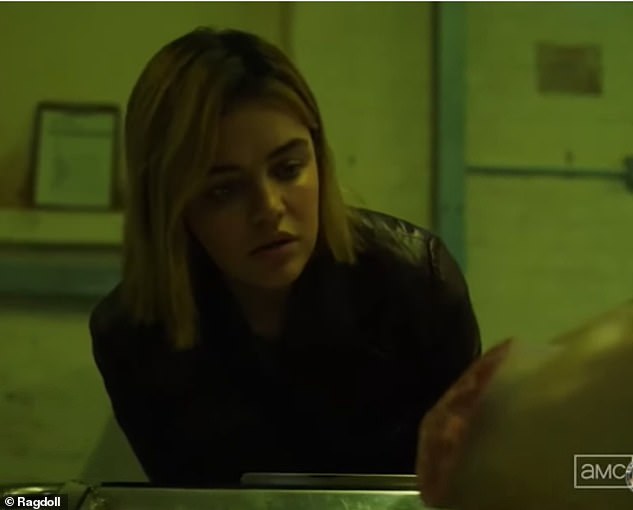 In another moment, American DC Lake Edmunds (Lucy Hale from US teen drama Pretty Little Liars), visits a decapitated body in the morgue

While Rose and Baxter are closer than close, the cuckoo in the nest is American DC Lake Edmunds (Lucy Hale from US teen drama Pretty Little Liars). Humourless and officious, only gradually does she start to bond with the others.

Speaking to DailyMail’s weekend magazine  Henry readily accepted that his character is deeply flawed but said that, in the best traditions of dysfunctional TV detectives, he’s also a bit of a genius when it comes to cracking crimes.

‘He actually held a higher rank until an incident involving a suspect led to him being removed from the police force,’ explained Henry, 36.

‘It’s unfortunate that the first case he’s asked to investigate after his spell in a psychiatric unit involves the very person who caused him to be there in the first place.’ 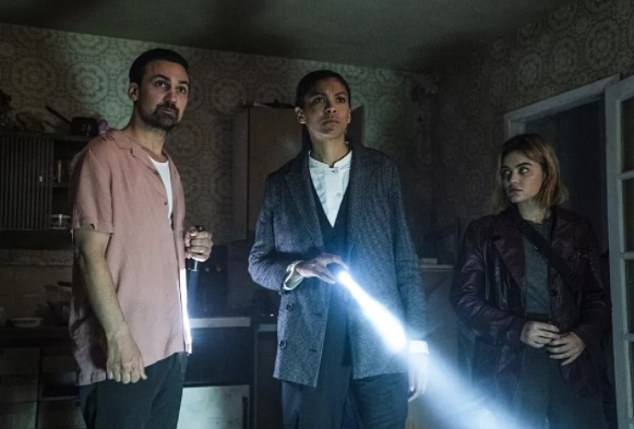 The team behind the series will be hoping it is as popular as BBC’s Killing Eve, which much-anticipated fourth season will air on television next year

The team behind the series will be hoping it is as popular as BBC’s Killing Eve, which much-anticipated fourth season will air on television next year.

It comes after the season three finale drove viewers wild when Villanelle and Eve stood back-to-back on London Bridge and agreed to walk away and ‘never look back’.

However, in the final moments of the episode both Villanelle and Eve turned back around to look at each other – suggesting the two characters might end up together.

The promise of a future relationship delighted fans, who begged for the next series to start with the two characters together.

The episode also tied up loose ends of the series, including revealing Konstantin as Kenny’s apparent killer. Security footage showed Konstantin (Kim Bodnia) arriving at the office and meeting with Kenny (Sean Delaney) hours before his death.