Dave Chappelle isn’t too worried by the controversy over his new Netflix comedy special, The Closer, after receiving a standing ovation during a screening of his project Untitled: Dave Chappelle Documentary.

‘You’ve Got Mail’ Cast: Where Are They Now?

“If this is what being canceled is like, I love it,” Chappelle, 48, said during the premiere at The Hollywood Bowl on Thursday, October 7.

The comedian added, “F–k Twitter. … All these stupid ass networks. I’m not talking to them. I’m talking to you. This is real life.”

The guests in attendance at Chappelle’s Los Angeles event reportedly included Brad Pitt, Tiffany Haddish, Donnell Rawlings and more celebrities, according to The Hollywood Reporter. The show of support came after the Grammy winner made headlines for the comments in his stand-up show, which was released on Tuesday, October 5.

During the Netflix special, Chappelle said he identified as “team TERF,” a term that refers to a trans-exclusionary radical feminist.

Chappelle also addressed the LGBTQIA+ community, explaining, “I don’t hate gay people I respect the s–t out of you. Not all of you. I’m not that fond of these newer gays — too sensitive, too brittle. I miss the old-school gays … the Stonewall gays. They didn’t take s–t from anybody.” 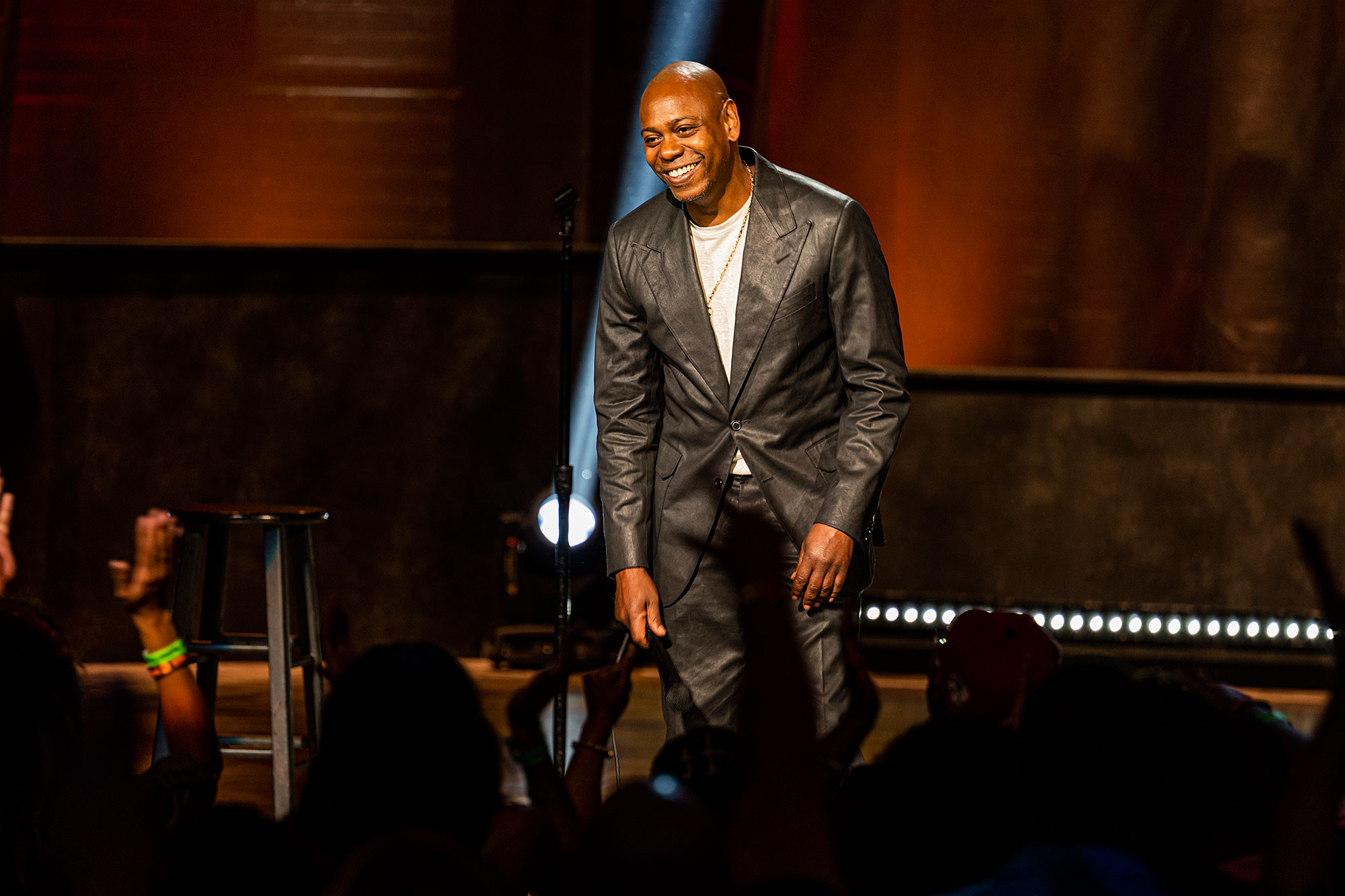 After the You’ve Got Mail star’s comments went viral, Dear White People executive producer Jaclyn Moore took to social media to announce that she will no longer be working with Netflix if they “put out and profit from blatantly and dangerously transphobic content.”

“I love so many of the people I’ve worked with at Netflix. Brilliant people and executives who have been collaborative and fought for important art,” Moore tweeted. “But I’ve been thrown against walls because I’m not a ‘real’ woman. I’ve had beer bottles thrown at me.”

Celebs Fight Back on Social Media

Fellow TV writer Franchesca Ramsey reacted to the claims of cancel culture on Twitter, writing, “‘Hey this is harmful’ isn’t an attempt at ‘cancellation’ nor is it possible to ‘cancel’ a very wealthy & famous man for spreading transphobic bullshit in the name of ‘comedy.’”

GLAAD also weighed in on the controversy, tweeting, “Dave Chappelle’s brand has become synonymous with ridiculing trans people and other marginalized communities. Negative reviews and viewers loudly condemning his latest special is a message to the industry that audiences don’t support platforming anti-LGBTQ diatribes. We agree.”