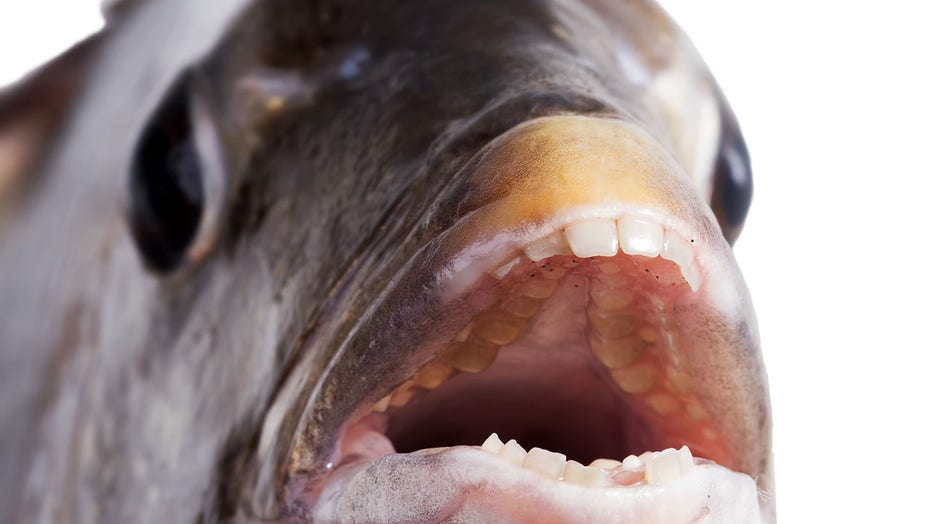 That’s a hell of a smile.

When people think of fish, with very few exceptions, they rarely think of big teeth. A fisherman in North Carolina, however, shocked beachgoers when he reeled in a fish with a huge smile.

Nathan Martin caught the toothy animal while fishing in Nags Head on Monday, Fox 5 reports. In photos of the fish, it appears to be smiling from ear to ear, exposing a set of very human-like teeth.

Martin, who lives an hour away from Nags Head, caught the fish off of Jennette’s Pier in the early afternoon.

The fish has been identified as a sheepshead and according to experts, it’s perfectly normal for them to have teeth like this. The fish, who are apparently somewhat elusive, use the teeth for eating barnacles and hard-shelled animals.

Martin is planning on hanging the fish on a wall to show it off.

This isn’t the first time a toothy fish has caught the public’s attention.

Fox News previously reported that an odd-looking fish had gone viral in July 2020, due to the animal’s unusual-looking face. Based on the photos that appeared on social media, it appeared that the fish has giant lips and human teeth.

A fisher in Malaysia snapped a photo of the strange animal after catching it, and uploaded it to Twitter.

At the time, some users questioned whether the fish is even real, as it almost appears to have fake teeth placed inside its mouth. Other Twitter users, however, were less curious about the animal’s origins and simply photoshopped silly eyes and hands onto the creature.

Eventually, it was determined the animal was likely a triggerfish.