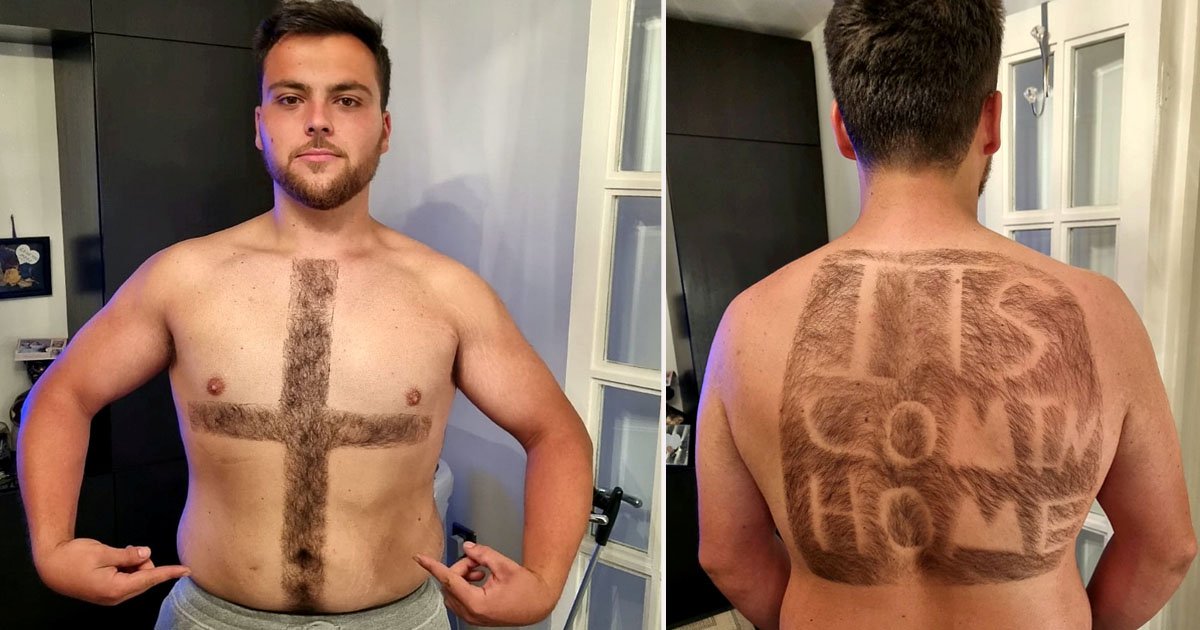 An England fan who couldn’t get his hands on a team shirt in time for the final has shaved a St George’s cross into his chest hair.

On top of that, he also took a razor to his back to shave ‘it’s coming home’ on the other side of his body.

Scaffolder Alfie Callagher-Roberts, 23, desperately searched the shops after work on Friday in an attempt to pick up an England shirt in time for the game on Sunday.

When he realised the search was in vain, he bought a pair of clippers instead.

To complete the look, he got a friend to shave in the words ‘It’s Coming Home’ into his back.

Alfie, from East London, said: ‘I’ve always been told I’ve got more hair on my chest and back than an ape – so put it to good use.

‘I went round all the shops after work but couldn’t get one, so I bought a pair of clippers instead.

‘I did the front and shaved the flag into my hair then got a razor to smooth it out.

‘I got my mate to do my back – he thought it was hilarious.’

Alfie, who predicts a 3-1 victory for England in the final, is naturally planning to watch the game shirtless to show his new haircut off.

He added: ‘I’ll have a flag around my neck and my chest out.

‘I’m hoping it will grow back in time for the start of the season, so I can get the Irons logo shaved in for the first West Ham game.’

Get in touch by emailing MetroLifestyleTeam@Metro.co.uk