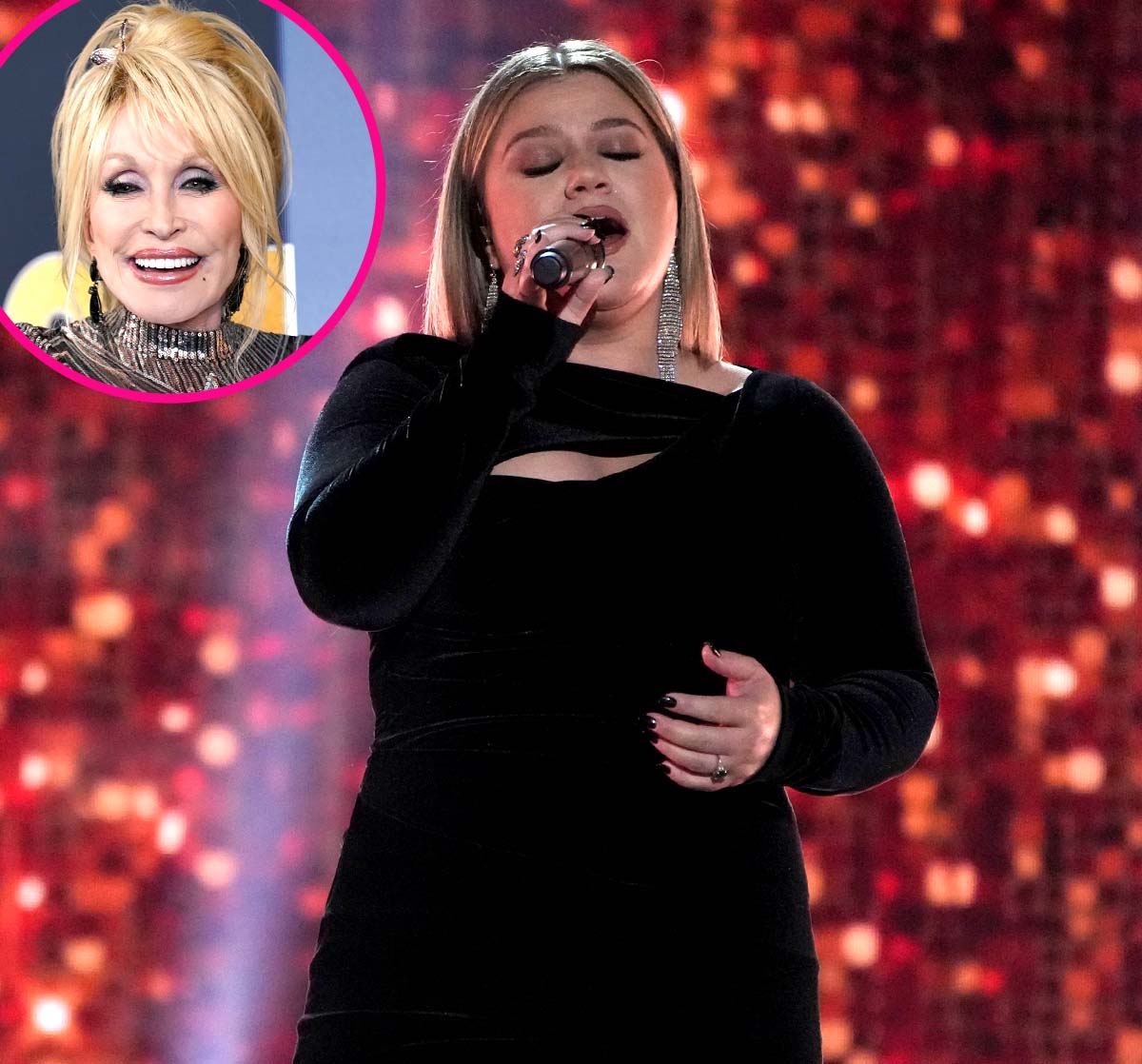 Southern girls stick together! Kelly Clarkson paid homage to Dolly Parton during the 2022 Academy of Country Music Awards — and sang her heart out in the process.

The season 1 American Idol winner, 39, took the stage on Monday, March 7, to shine a light on Parton’s long career in country music, performing a moving rendition of “I Will Always Love You.” The jaw-dropping song, which was originally sung by Parton in 1973 before being made even more famous by Whitney Houston in 1992, left the crowd in awe.

The “Jolene” songstress, who hosted the awards show alongside Jimmie Allen and Gabby Barrett, enjoyed the tribute live from Allegiant Stadium in Las Vegas. 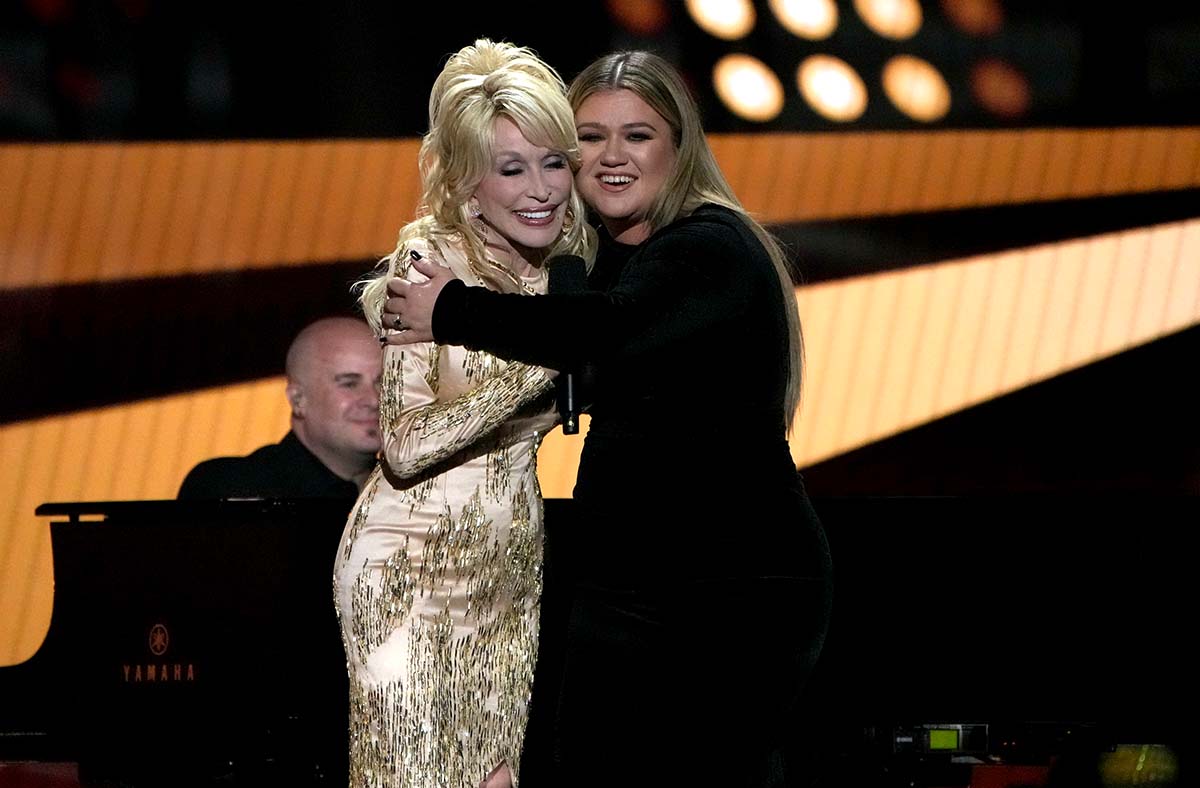 “Oh, my gosh. That is so great. I know that Whitney is smiling down on us tonight,” Parton said after watching Clarkson. “She’d be proud of that. I was backstage trying not to cry my fake eyelashes off.”

Ahead of the star-studded evening, Clarkson teased her performance and gushed over the 76-year-old Dollywood founder.

“I’m super stoked because the one and only Dolly Parton is hosting and I have a special tribute planned just for her,” the “Because of You” singer said during a February episode of her her eponymous talk show. “I love her so much.”

Parton, for her part, revealed how excited she was to see Clarkson’s performance, telling Entertainment Tonight on Thursday, March 3, “It makes me feel great that she is going to be doing it, because Kelly is one of the greatest singers in the world.”

The “Here You Come Again” songstress added: “With her, you know it’s going to be real good. I do love her to death. I love her personality. I just love the way she is. I have known her for a long time, so that is going to be special to me, of course.”

The Voice coach previously teamed up with Parton to rerecord a new version of her hit “9 to 5” for the Still Working 9 to 5 documentary, telling The Kelly Clarkson Show audience how cool it was to duet with the legend.

“It’s a blessing to get to sing with such a pioneer of a woman, one hell of a woman,” Clarkson explained last month, noting the track will be available to listen to once the film makes its South by Southwest Film Festival debut on Sunday, March 13.

The documentary codirector and producer Gary Lane previously teased the film and its revamped theme song, telling Variety in February, “We could do a documentary just on the making of the duet.”

Codirector and producer Camille Hardman told the outlet that the first iteration of the iconic tune was “very upbeat” with “a lot of hope” when Parton first recorded it in 1980 to correspond with the film by the same name. The movie, which starred Parton, Lily Tomlin and Jane Fonda, is the subject of the upcoming documentary.

“This version [of the song] is just a little bit melancholic,” Hardman explained, noting it is more in line with one of the docs’ main messages “that women are still trying to get equality and it hasn’t happened yet, 42 years after this song was created.”