Celebrity cardboard cutouts appear in the stands at Super Bowl 2021

What The Weeknd wore at the Super Bowl halftime show

Tom Brady felt the love from his wife — and his ex — after winning his seventh Super Bowl championship on Sunday night.

Both Gisele Bündchen, who has been married to Brady since 2009, and actress Bridget Moynahan, who has a 13-year-old son with Brady, publicly celebrated the 43-year-old quarterback as his Tampa Bay Buccaneers crushed the Kansas City Chiefs, 31-9.

Bündchen — who attended the game and was photographed hugging Brady afterwards — posted a video of the Bucs on the field after their win, before panning to the couple’s children, 11-year-old Benjamin and 8-year-old Vivian, and 13-year-old Jack, Brady’s son with Moynahan.

Vivian can be seen sporting her Buccaneers’ red in the clip, while Benjamin and Jack opted for Brady jerseys.

Meanwhile Moynahan, 49, posted a sweet message for her ex on Instagram after the game, writing on Instagram: “I am pretty sure I am not the only one from #patriotsnation celebrating @buccaneers.” 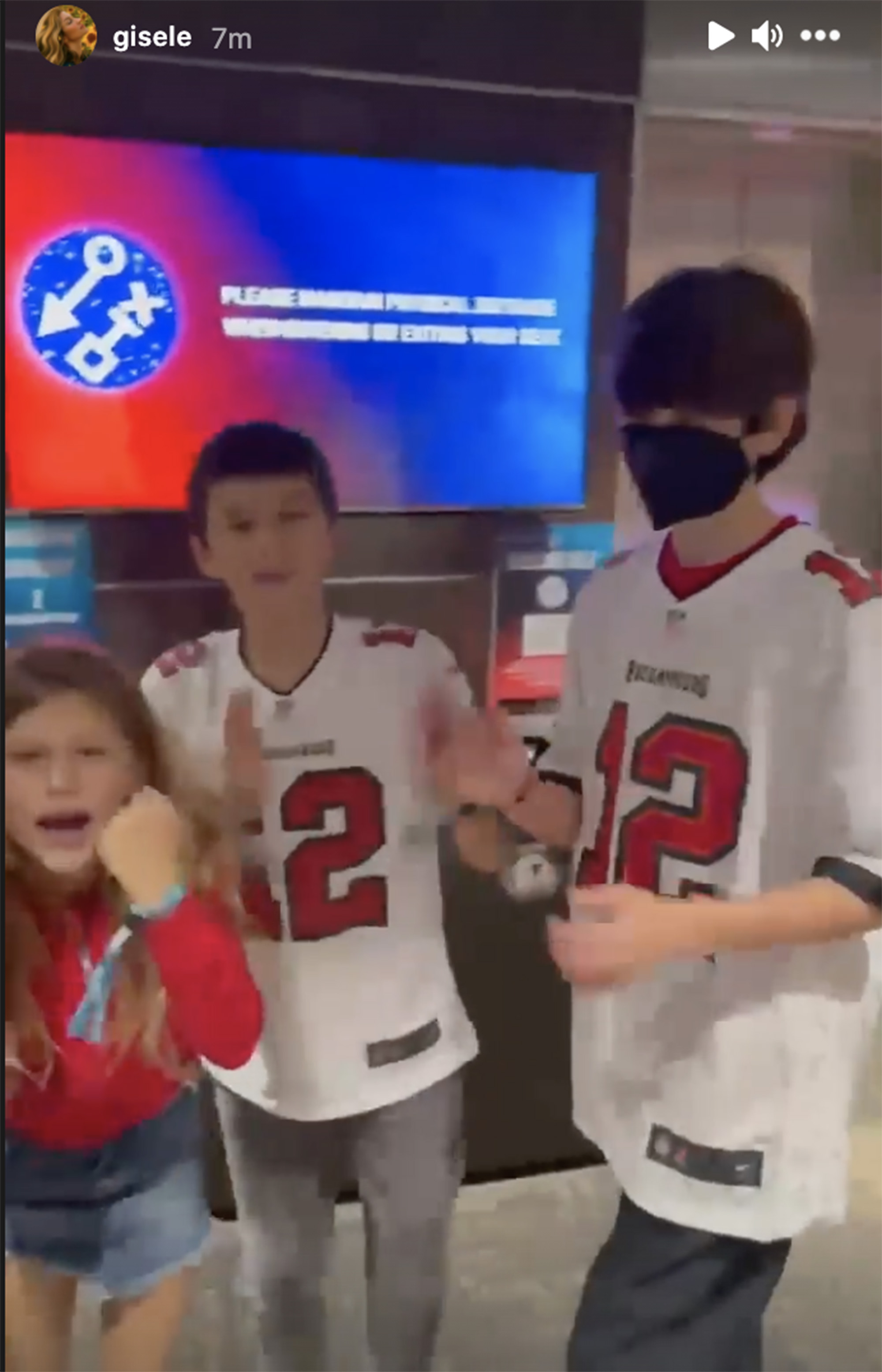 Although Brady, Bündchen and Moynahan are now part of a big united family, the situation wasn’t always an easy one. Moynahan only found out she was pregnant with Jack after she and Brady had already broken up — and after he’d started dating Bündchen.

“Gisele and Bridget now actually talk as much as Tom and Bridget, if not more,” a friend who knows the family recently told The Post. 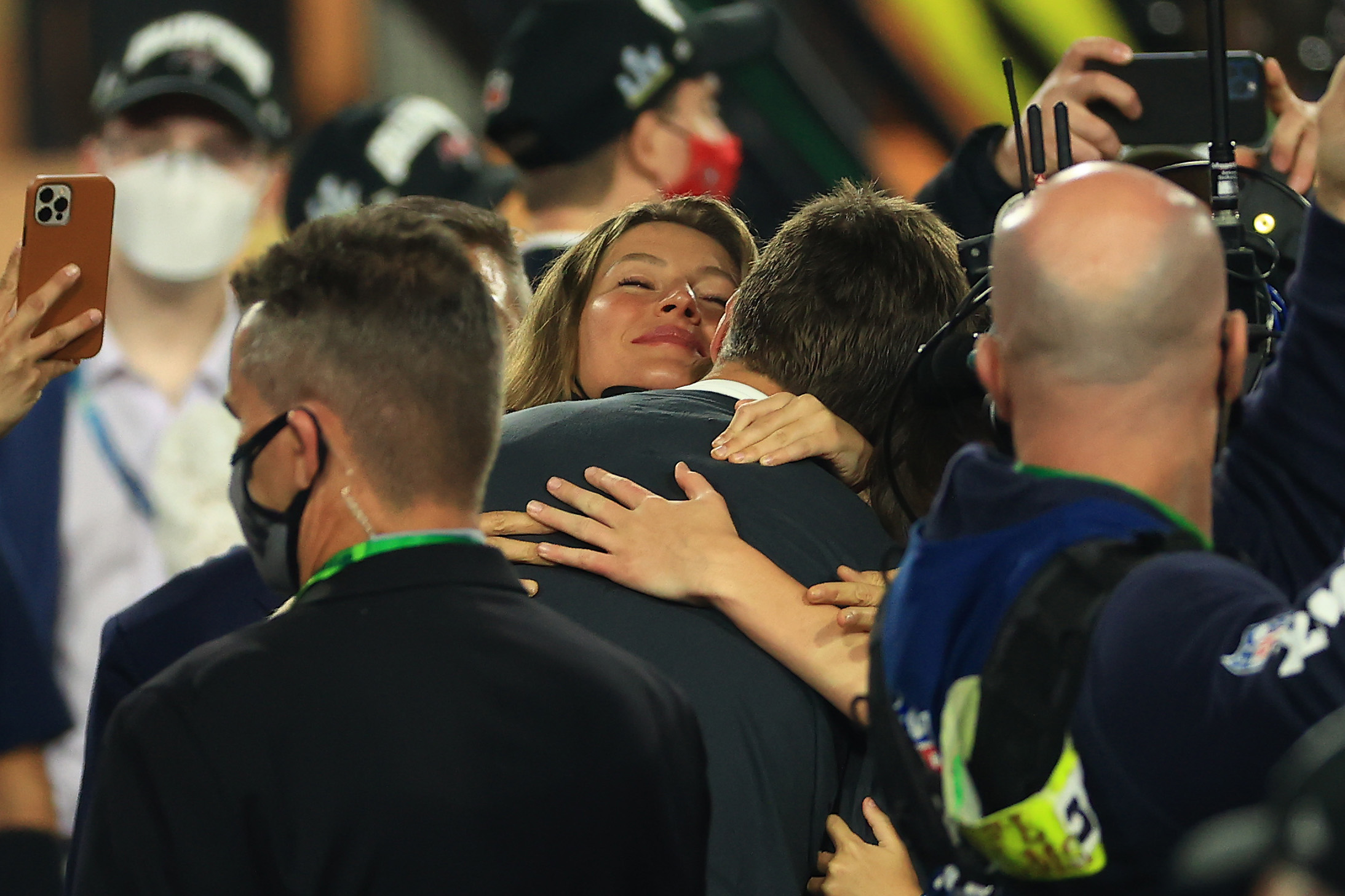 Ahead of Super Bowl 2021, both Bündchen and Moynahan posted supportive messages to Brady, who joined the Buccaneers last March after 20 seasons with the Patriots. This is his first win as a Buccaneer.