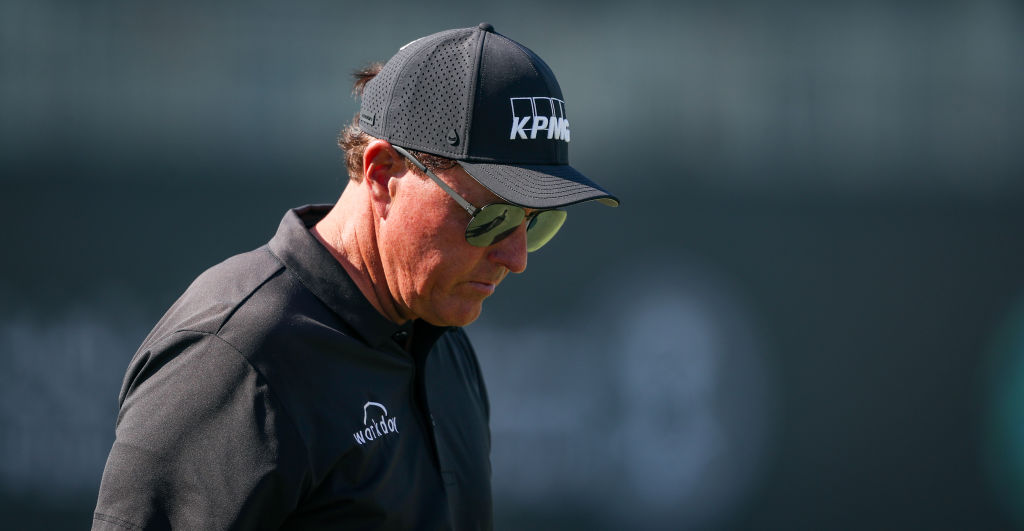 Mickelson, 51, came under fire in February after he called the Saudis “scary motherf****** to be involved with’ and suggested he would overlook the state’s poor record on human rights in a conversation with golf writer Alan Shipnuck.

Following the revelation, the six-time major winner took a break away from the sport but has since registered to play at the new tour’s first event in June.

Norman, the two-time Open champion, thinks Mickelson’s words gave the LIV Golf Invitational Series bad publicity and scared off a number of players who were close to signing up.

Speaking to ESPN, he said: ‘There’s no question (it) hurt. It hurt a lot of aspects. It hurt the PGA Tour. It hurt us. It hurt the game of golf. It hurt Phil. So yeah, across all fronts.

‘It wasn’t just specifically to us. But it definitely created negative momentum against us. Quite honestly, we were ready to launch (in February).

‘We had enough players in our strength of field, or minimal viable product, ready to come on board. And when all of that happened, everybody got the jitters.’

Following a tumultuous build-up, the Super Golf League is set to start next month at the Centurion Club in St Albans, with seven other tournaments planned across the United States and Asia worth a total of $225 million.

However, recent reports suggest Lee Westwood, Ian Poulter and Kevin Na have signed up to play in the breakaway league despite the PGA Tour warning they will ban any players who feature in LIV Golf’s events.

Norman says he has been ‘surprised’ by the level of interest in his tour and confirmed some big names are close to signing.