Revealed: 8 things elegant ladies NEVER do in summer – including wearing short skirts to a picnic, BBQ-ing on a balcony and opting for a hat after 6pm

An elegance coach has revealed the rules she believes a person should follow to ensure they’re seen as classy this summer.

Anna Bey, who splits her time between London and Geneva, revealed in a recent YouTube video the elegance and etiquette mistakes her fans should avoid making this season.

She suggests that women should never wear a beach hat after 6pm, always wear knee-length attire to a picnic and avoid opting for tight, bodycon dress when sightseeing.

Anna boasts over 1.2million subscribers on YouTube, where she shares self-help videos for infiltrating high society, having good etiquette in posh settings, and living a ‘feminine lifestyle’. 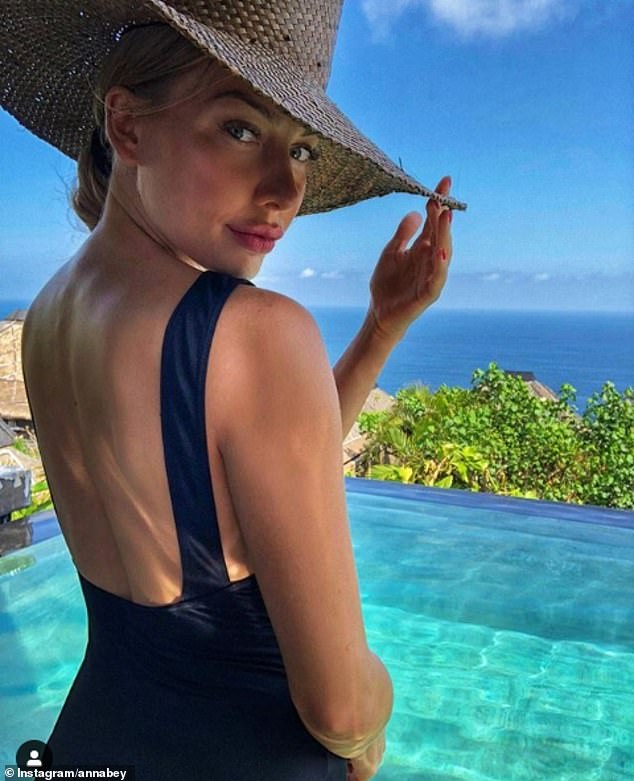 ‘However, don’t wear them after around 6pm in the evening,’ suggested the elegance coach.

‘It’s simply not suitable to wear it at night and when I say night, I mean also early evening.

Anna explained: ‘I keep seeing this a lot and I don’t think this will probably ever change but I’m just saying it to you ladies.

‘If you want to take yourself and your class and elegance to the next level then you have to really pay attention to your underwear and your undergarments.

‘Here in particular I’m talking about your bra and bra straps because of course now are times when we wear more camisoles spaghetti straps and what I’m seeing is that ladies are not paying attention to their bras.

‘I see bra straps poking up, it ruins the entire top. The objective is to hide your bra.’

‘A lot of ladies don’t know about this mistake and actually end up wearing their daytime beach headpiece as an evening accessory and that is actually a dress etiquette mistake.’

‘We are in picnic times because now is a fabulous time to go and eat your food and socialise with your friends outdoors,’ said the elegance coach.

‘However, there are a few things to think about if you want to be classy and that is what to wear to a picnic not so much because of a dress code but more so because you’re going to be sitting down in a funny position.

‘I want you therefore to avoid wearing any mini skirts or any shorter skirts or dresses in general because what’s going to happen when you sit down is that the skirt crawls up.

‘People are going to peek into what’s going on down there ladies, because it’s just what happens at a picnic – not because people are looking but because you’re sitting there and it’s kind of hard to hide.

‘So my picnic rule for all of you elegant ladies is to wear longer skirts or trousers or longer dresses – I would say anything below knee length.

‘I would say maxi dresses would be the most comfortable because then you can just let the whole skirt cover you up beautifully and you sit there like an elegant feminine goddess.’

AVOID SIGHTSEEING IN A BODYCON DRESS 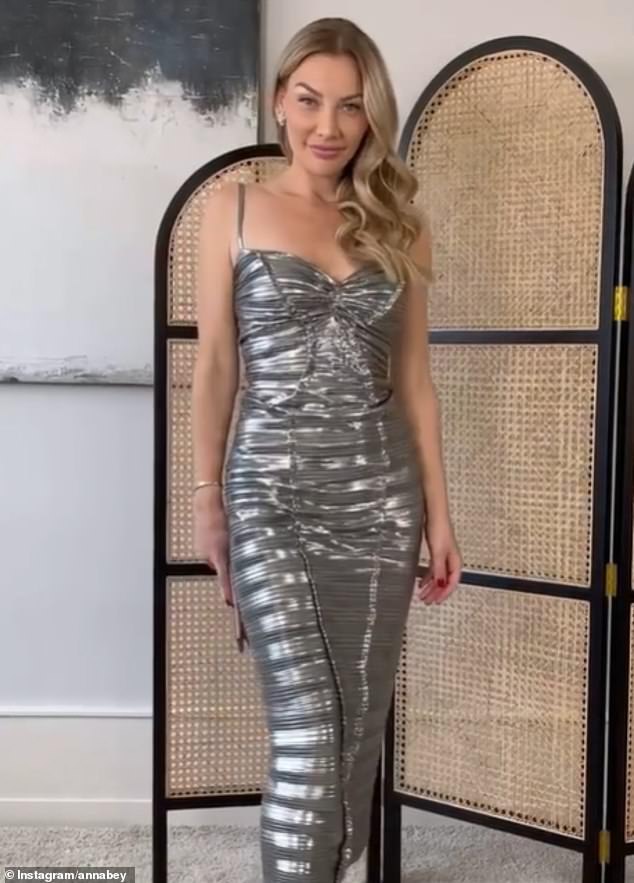 Anna (pictured) said: ‘If you’re going to be walking a lot, no tight bodycon short dresses because they’re just going to be crawling up and you will just have to pull them down all the time and that’s not an elegant look – plus it’s going to drive you mad.’

Anna said: ‘This point is actually fresh in my memory because I just came back from my travels and I was walking behind this girl as me and my husband were doing some sightseeing in Prague.

‘This girl in front of us… really reminded me of myself [around 15 years ago]. She was wearing a short dress – which is fine, I’m not against short dresses as long as they’re elegant looking somehow.

‘But the problem with her short dress is that it was a tight dress and it was kind of like a bodycon dress and what was going on is that every 10 or so steps that she took she had to pull her dress down.

‘She was pulling it down all the time and it just looked so awkward, so uncomfortable and I was thinking to myself “you know, it’s so not worth it” and I have made this mistake myself so many times in the past.

‘If you’re going to be walking a lot, no tight bodycon short dresses because they’re just going to be crawling up and you will just have to pull them down all the time and that’s not an elegant look – plus it’s going to drive you mad.’

KEEP YOUR PEDICURE ON POINT 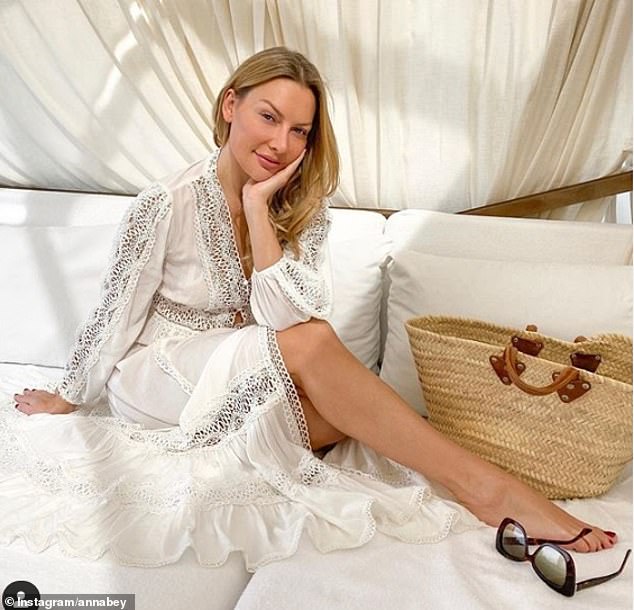 The elegance coach (pictured) also explained that classy ladies this summer should ensure their pedicure is on point, as you never know when you’ll need to remove your shoes and show your toes

The elegance coach also explained that classy ladies this summer should ensure their pedicure is on point, as you never know when you’ll need to remove your shoes and show your toes.

For example, she described how the etiquette on all smaller boats is to take your shoes off and walk either barefoot or in slippers you’re likely to receive when onboard.

She recalled: ‘This can be a little bit problematic for some who don’t know about the rule because I had a situation once when I arrived with a girlfriend and it turned out that she had not had a pedicure [before the outing].

NEVER GO TO SOMEONE’S HOME WITHOUT A GIFT

Anna said: ‘Summer is here and that means we’re going to be socializing a lot, so a lot of your friends and acquaintances are going to be inviting you to their homes.

‘Etiquette rule number one is never, ever go to someone’s house empty-handed. You don’t have to bring this massive expensive gift but at least something small to show that you have good manners and that you are educated.’

‘Her nails were a complete disaster. She was so embarrassed and I could see the panic in her eyes because this was a huge yacht, loads of elegant people and there she was with terrible feet.

‘I’m telling you ladies, make sure the entire summer your pedicure is on point – if your pedicure or let’s say your nail polish chips please don’t start filling it in  because that’s not a good look either.

‘Just go and redo it. It’s gonna be worth it and if you end up on a boat you won’t have to be embarrassed.’

NEVER BBQ ON A BALCONY IN AN APARTMENT BLOCK

‘Ladies as you know summer means a lot of barbecues but if you live in an apartment you can’t really just go on your balcony and start barbecuing,’ insisted Anna.

‘But unfortunately many people don’t know about this or simply ignore this rule and it’s so not nice.

‘The problem with the barbecue is that it smells and it smells incredibly strong and if you have neighbours because you live in an apartment block, it’s going to really bother other people.

‘Especially in summer where most people have their windows open, their balcony doors open and then you’re standing there frying some steaks and sausages and all that smell goes to all your neighbours – it’s just not very elegant.’

AVOID USING TOO MUCH FOUNDATION

The elegance coach said: ‘It’s summertime and it’s hot and we’re sweating. Now we have to think about what makeup we’re wearing.

‘I’m sure many of you ladies probably go a bit easier on the makeup in summer time – at least I do that, I wear less foundation, I try to really let my skin breathe.

‘However what you should not be wearing in particular is the dewy foundation – you know the one that’s supposed to give you this really nice glow.

‘What happens is that they actually have shimmer in those types of foundations and shimmer in sunlight makes you look oily and like a complete grease ball.

‘Plus, ladies, don’t forget that sunlight and daytime is incredibly unforgiving so absolutely everything will be seen and the problem is that you’re going to look so oily.’