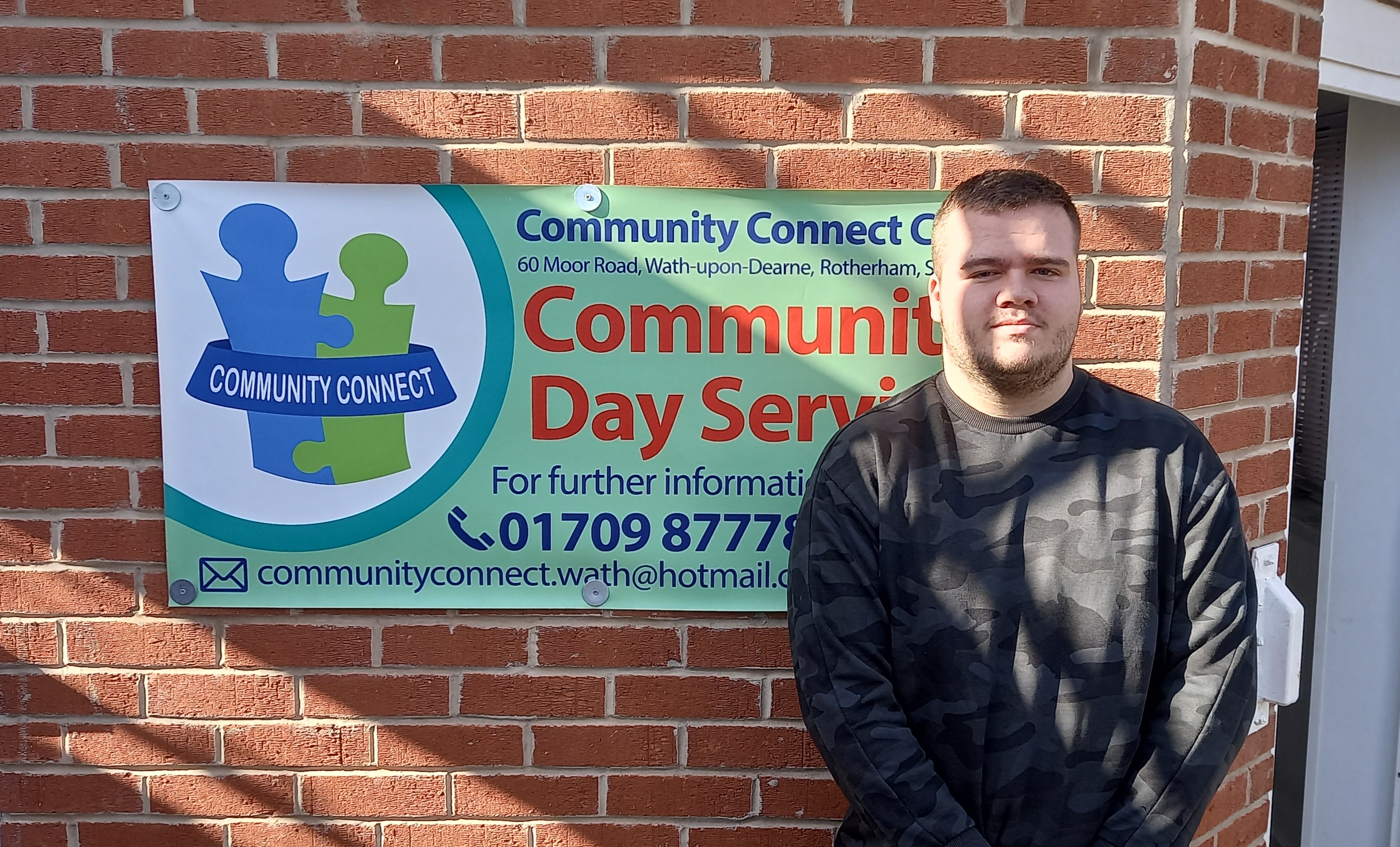 I was over the moon the day I got the call to say I’d secured work in a warehouse.

For the first time in my life, and after unsuccessfully applying for hundreds of other jobs, I finally felt like I had a future where I could earn money and provide for myself – with dreams of one day owning a home and starting a family.

Two days into the role, I was sitting against my bedroom door, feeling like I had been bullied out of the job and crying my eyes out. I was facing the toughest challenge with my mental health since I’d lost my grandad four years earlier.

He was my idol, friend and always around to help and support me. Every Friday after school, I’d stay with him. We’d talk about everything going on in my life, play games and brush our teeth together before going to bed.

My worst memory is seeing him in hospital with tubes and a breathing mask attached, so I couldn’t even see his face. That will stay with me forever.

The day he died in 2017, I felt like shattered pieces of a mirror that were broken and could never be fixed. That’s when my battles with anxiety and panic attacks started.

Sadly, the one person who I felt could help me get through it all wasn’t there.

I had to take two weeks off school during the time I should have been revising for my GCSE exams. By the time I was back, it was too late. I couldn’t focus and felt like I’d let him down when I eventually didn’t get the grades I expected.

Despite these feelings, I was determined to do him proud so I persevered and went to college – where I studied ICT, English and Maths.

However, forced to finish college online like many others during the pandemic, there was no support available on where to go next with your life.

That’s when I started my job search in September 2020, spending seven to nine hours each day, often until 10pm applying for any job I thought I’d be suitable for. From retail, to IT, coffee shops or warehouse work, I was desperate to do anything where I could earn a wage and start to provide for myself.

I would spend hours staring blankly at my computer screen, waiting for responses from all the employers that had my CV. But no one reached out to me, not even to reject me from the jobs.

Almost two months after starting my search and roughly 300 applications later, I heard back from a warehouse I’d applied to and felt lucky that someone wanted to potentially take me on.

I had my first ever interview via Zoom a week later. It was incredibly nerve-wracking and I was delighted to find out I’d been successful at the end.

But when I got there two days later, I felt I was being pushed to do things without the training and moral support I needed.

On my first day, I tried to complete a job 10 times without help and ended up breaking down in tears and having a panic attack.

I was pushing a trolley to collect items for deliveries and let another more experienced and quicker member of staff walk past with their trolley to move ahead in the queue, so that I didn’t hold them up. There was a rule to not to do this, but I didn’t know. I got shouted at by my manager for breaking the rules, without any chance to explain myself.

I then needed a ladder to grab items from the higher shelves. The safety latch on it was broken and was unsafe to climb. When I told my boss about this, they stared and didn’t respond. I ended up breaking down in tears and having a panic attack.

The colleagues I asked to help simply refused while watching me. I walked out on the second day and told my manager I wasn’t coming back.

I felt unsure about my future because I was devastated by how I was treated there. My confidence was completely shot so I was applying for more jobs but I was so nervous the same thing would happen again.

That’s when – six months later in May 2021 – my mum saw a Facebook post from her friend about a charity called The Prince’s Trust, which helps young people improve their skills and get jobs. She said it sounded like a good opportunity and encouraged me to call.

I looked at the post and thought that Team – a 12-week personal development course delivered by South Yorkshire fire and police services – could be a good opportunity to build up my skills and find a job.

I took the plunge, called the Trust and was invited to interview. After this, I was told I’d been successful and could join the course.

On the first day, I was worried something might go wrong because of my past experiences, but shouldn’t have worried. We started by hearing from young people that had been in similar positions, the challenges they faced and how they had gone on to be successful after completing the course. I also heard from the other people starting on the course and their struggles. We all had something in common.

In the first instance, the course helped by getting me out of the house and connecting me with other young people who were struggling to get jobs. Some of the people I met are now my close friends.

It also really increased my confidence too. After three months on the course, I felt I’d achieved more than in three years at college. A key part was to take on a project that makes a positive difference to the community.

We decided to fundraise for a local charity and would go to things like markets, speak to the locals and put activities like raffles to raise the money. It felt great to be giving back and for the first time in my life, I felt like I was doing something right.

I really enjoyed the work experience placement at Community Connect, a day service centre in Rotherham that provides activities for adults with learning disabilities.

During the two weeks I spent there, I got stuck in with ensuring everyone felt comfortable and welcomed, so quickly felt confident speaking to the adults who would share their life stories with me; people who have gone on to change my life.

I would have never thought that I’d want a job looking after people with special needs and disabilities, but seeing them walk into the centre every day with smiles on their faces made me realise what I wanted to do with my life.

My anxiety has never been better since I started working there and I don’t really suffer from panic attacks anymore either. I feel like I’m a different person than who I was when I left college, and I’m so grateful that I’ve found a job that I want to stay in for the rest of my life.

When you have anxiety, you can feel like an outcast and what I really needed at the most difficult points was more support for my mental health.

Young people should not be going through what I experienced alone, yet I know I’m not the only one who has struggled.

The Prince’s Trust NatWest Youth Index recently found that almost half (46%) of young people say the pandemic made their mental health worse, and 44% agree they are more anxious now.

I’d like to see more support for mental health in education, employment and wider society so people don’t have to suffer like I did.

For anyone else in a similar position, I’d say that no matter what, keep on going. I’ve been in that same dark place and I’m proof it can get better.

Almost a year on, Community Connect has changed my life and who I am as a person. They feel like my second family.

Looking to the future, I’m grateful and happy that I’ll continue to work with such extraordinary people for the rest of my life.

The Prince’s Trust NatWest Youth Index is a national survey that gauges the happiness and confidence of 16 – 25 year olds in the UK across a range of areas, from mental and physical health, to their relationships and employment.