A MAN has been left stunned after returning home from work to find his house had been sold and new owners had moved in.

Reverend Mike Hall had been working in north Wales when confused neighbours called him to explain they had seen someone inside his home in Luton. 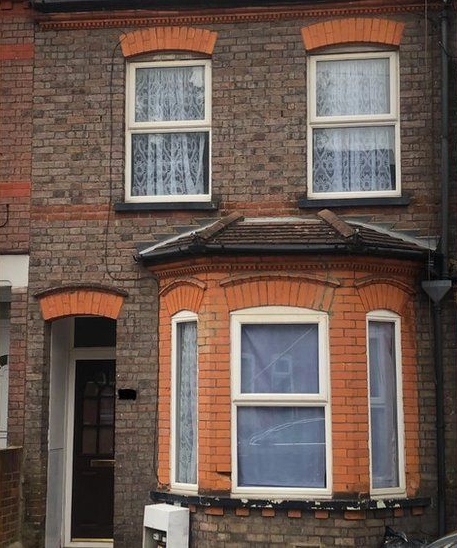 He frantically drove back the following morning on August 21 to investigate his mystery guests, but discovered the locks had been changed and a builder was cracking on with renovations inside.

The property had been gutted of all his worldly possessions and "completely stripped" of all the furnishings – including the carpet and the curtains.

"I pushed him [the builder] to one side and got in the property. I really didn't know what he was doing there."

After Mr Hall informed the workman he lived in the property, he called the police to explain his troublesome return to the terraced home.

The builder then left, but returned some time later with the new owner's father – who revealed he had purchased the house in July.

He told Mr Hall: "It is now my property. You are now trespassing. Get out."

The BBC You and Yours programme discovered a duplicate driving licence and bank account has been set up in Mr Hall's name to flog the house for £131,000.

Mr Hall explained he had attempted to access the Land Registry documentation online, where he saw the new owner's name was listed as of August 4 – meaning they legally own the house.

"At that point the police said, ‘Well, there’s nothing further we can do here. This is a civil matter; you need to leave the house and contact your solicitors'," he explained.

It is unclear how long the clergyman had been away from the property.

Despite owning the home for 30 years, Mr Hall was initially told by police it was a civil matter and that he had not been a victim of fraud.

"I was shocked – having seen the house in the state it was, I was in a bit of a state of shock anyway – but then to be told by the police they didn't believe a criminal offence had been committed here was just unbelievable," he said.

Bedfordshire Police have since opened an investigation into the incident, the BBC reported. A spokeswoman said there had been no arrests.

THIS HOUSE IS NOT YOUR HOME

The solicitors involved in the bizarre property sale, who have not been named, said it was inappropriate to comment further amidst the ongoing police investigation.

"We will continue to co-operate with the police, and comply with our professional obligations," the firm said.

The Land Registry forked out a total of £3.5million in compensation for fraud just last year.

It said: "We work with professional conveyancers, such as solicitors, and rely on them and the checks that they make to spot fraudulent attempts to impersonate property owners.

"Despite our efforts, every year we do register a very small number of fraudulent transactions."

They pledge to "safeguard" land and property ownership with a title guaranteed by the government.

Anyone buying or selling land or property must apply to the organisation to register the changes.