Federal regulators are nearing the end of a long-running inquiry into whether a major Australian union, whose membership includes senior Labor figures Bill Shorten and Jim Chalmers, inflated its size over many years by failing to remove unfinancial members.

The Registered Organisations Commission in February launched a formal investigation into the Australian Workers Union, which represents about 71,000 workers across industries including, energy, civil construction and agriculture. 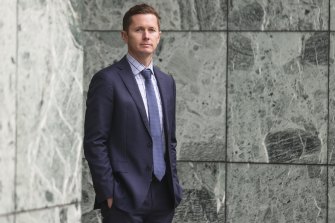 Membership numbers are critical to all unions as a measure of power but especially those affiliated with the Labor Party because they translate into votes in forums that can influence party positions and policy.

In a statement, the commission said the investigation stemmed from anomalies in the union’s reports between 2009 and 2017 and would examine whether it properly purged members who had fallen behind on their dues or stopped paying altogether. It is also checking whether the union complied with laws requiring it to keep proper records for at least seven years.

Issues with the AWU’s membership figures have been in the spotlight since 2016 but the commission’s annual report notes it expects its investigation to be finished by December this year.

That could either lead to a lawsuit against the union if the regulator believes it has breached the law, opening the door to substantial fines for the well-connected union or, if the regulator concludes no laws have been broken, questions about the utility of its investigation.

“These very long-running investigations into historic matters have been extremely well resourced and well publicised,” the union’s national secretary Daniel Walton said. “We look forward to them concluding soon.”

Mr Walton ascended to the union’s top job in 2016 after many of the alleged issues occurred.

He said the union had engaged independent auditors to check its systems, automated its membership database to remove human error, offered to let the commission inspect its systems and clarified its rules with approval from the Fair Work Commission.

“I’m hugely proud of the many people in our team who worked tirelessly over the past couple of years to get our systems, structures, and records right,” Mr Walton said.

The current investigation covers all union branches except Victoria. The union was separately penalised $148,100 by the Federal Court last year for an “apparently fraudulent” series of deals in that state struck with employers and associations between 2008 and 2013.

Under those arrangements, the union signed up members whose fees were paid by the employers and associations to the tune of almost $500,000, sometimes under the banner of payments for other union services, but were not told by the union that they had become part of the AWU.

“Those people became unwitting subjects through whom the AWU (or its Victorian branch) artificially inflated its membership levels over a period of many years,” Federal Court Justice John Snaden found.

Those deals were struck principally by former Victorian AWU secretary Cesar Melhem, who admitted failing to properly discharge his duties as a leader of the union and was fined $20,950 in a separate court decision in 2019.

In a third investigation, the commission is looking into whether donations by the AWU to the activist group GetUp in 2006 and other political donations were unlawful.

That investigation, launched in 2017, was stopped by the Federal Court two years later in a decision that also required the regulator to return documents seized in a raid of the union’s offices. In November last year that court decision was overturned, allowing the investigation to continue.