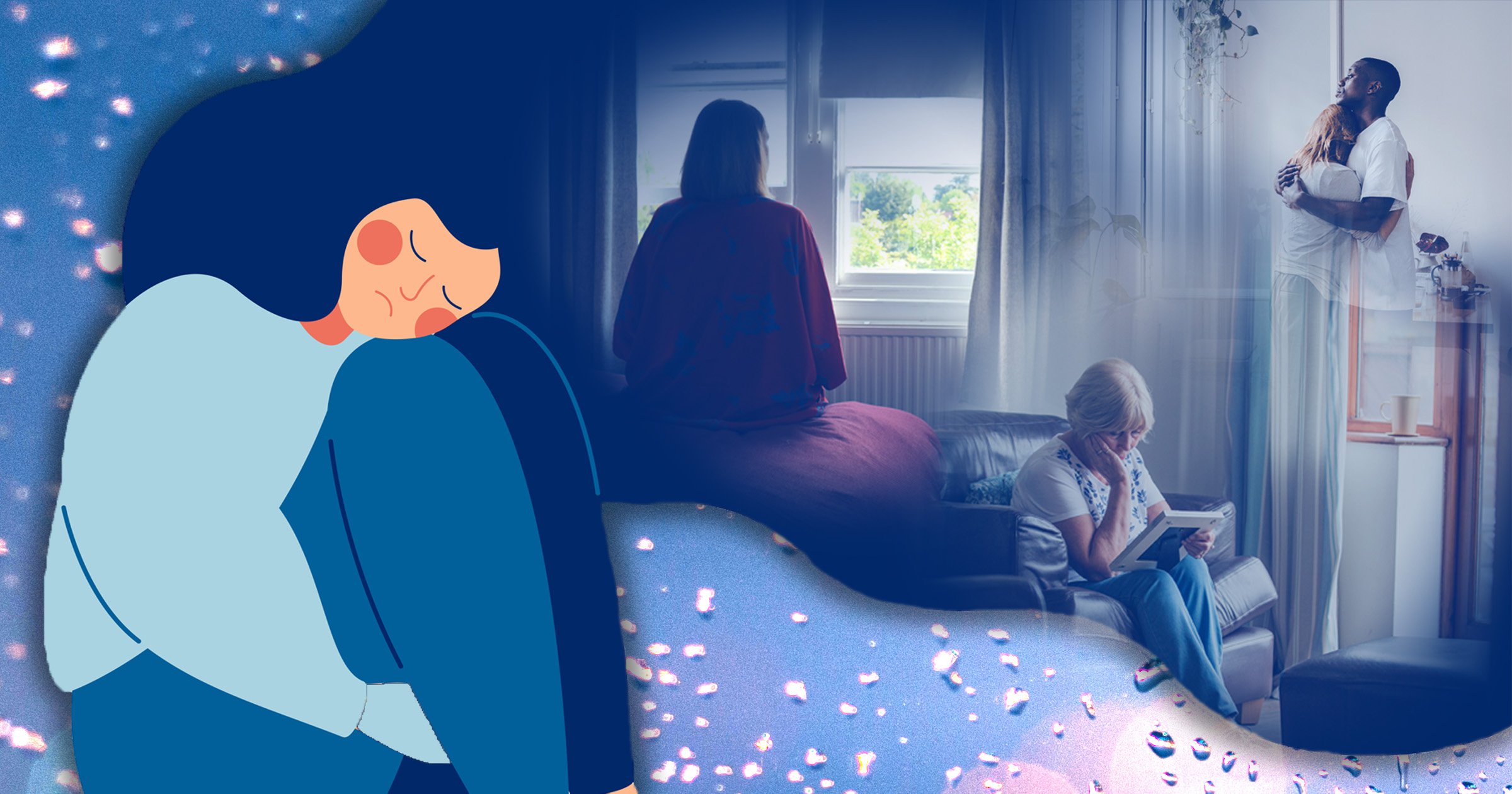 Is there anything you wish you had said but didn’t?

No matter how much you can be prepared, death comes as a shock.

In those moments, it’s impossible to think clearly, to gather your thoughts and articulate what you want to say.

Closure is something most want but very few get. For those who didn’t have the chance to express how they felt in words, the sorrow can be great.

But it’s never too late. Words have power and to say them out loud can feel like a reprieve.

Here we ask four individuals to share the sacred conversations they wanted to have with their loved ones.

This is what they wish they had said.

‘I was 10 when my Dad was made redundant,’ says Hollie. ‘At that age, you don’t always pick up on things going on around you. You don’t always sense the stress in your parent’s voice.

‘It was Thursday evening of the first week Dad had spent at home, now unemployed. Before bedtime, my brother (then aged eight) and I would always say goodnight and give our parents a hug.

‘Just before heading to my room, at the bottom of the stairs, my Dad said something he’d never said before. “Actually, give me a kiss, I need it,” he told me.

‘Friday morning was the usual process of getting ready for school. I think my Dad was in the bathroom getting dressed, so before I headed out I shouted up to him “bye, Dad!”.

‘Sadly, after school that day I found out that my Dad had taken his own life.

‘It’s haunted me for years, what if I’d said “Why, Dad, are you ok, what’s wrong?” Would that have been the moment he’d reconsider, would it have given him some hope? But I was 10 years old – no kid at that age would be expected to ask about their parent’s mental health.

‘That was in 2000 and the stigma of mental health has changed so much since then. I always wonder what difference those three words could make to someone’s life, including my Dad’s.

‘I know we’re not responsible for preventing something as fatal as suicide, but I hope by sharing my story it will encourage more people to check in with their friends and family if they’re going through a tough time.’

Diana Nilsson Shafikova, 35, from London lost her husband, Gunnar, last September after he was diagnosed with a Glioblastoma brain tumour in 2017. An aggressive form of cancer, it typically comes with a short prognosis of 12-18 months.

Despite gruelling treatment including chemotherapy, radiotherapy and various medications, Gunnar’s tumour was persistent and it spread to other parts of his brain as well as down his spinal cord. Doctors told the family that nothing more could be done. Between them, Diana and Gunnar looked after nine children, including the four they had together, over their 13-year relationship.

Here is what Diana wishes she had told him.

‘I never said this to Gunnar as I was afraid that my words would sound too final,’ she says. ‘Saying it back then would have sounded like I accepted that he was going and I never wanted him to feel that way. But I wish I had said to Gunnar that, no matter where life takes our family, he will never stop being the love of my life.

‘He will always be the most special person and the best dad in the world to our children – the only dad.

Find out more about The Brain Tumour Charity here.

‘My dad died of Covid in February. I was too ill to say goodbye because I’d only just got out of the Covid ward myself. I was two floors below him in same hospital. We video-chatted and I told him everything I wanted to say in those calls. We also sent letters and emailed.

‘While there is nothing I wish I hadn’t said, I do wish I could have just held him one last time and said goodbye in person. My mum died in 2003, again I left nothing unsaid but later I discovered huge secrets in her family tree. I’d give anything now to discuss it all with her.’

‘I lost my brother-in-law seven years ago when he took his own life. I was living in another country and returned as a newly qualified therapist a few months after he died. I burned out when I got back, feeling responsible to heal my family as I had the tools.

‘I would tell him that the subconscious will only reveal what you are ready to be healed and that although it feels insane and so dark, that whatever is coming up you can handle it, you will handle it, and it will pass. There’s always sunshine and a rainbow after a storm.’

How to find closure following loss

Finally, senior therapist Sally Baker has some advice for those who are struggling to find closure following loss or who couldn’t find the right words.

‘In its Hawaiian incarnation, Ho’oponopono focuses on the ability to make right, or correct wrongs,’ Sally tells us. ‘It is a secular modality and has no particular cultural or religious associations. People use it as-is or they modify it to fit their religious or cultural needs.

‘Whenever we see anything in a negative way, Ho’oponopono asks us to heal it through forgiveness, through bringing your love to the situation, in four steps:

‘When you practice Ho’oponopono, visualise the person, place or thing you want closure with and then say either silently or out-loud the following as you would a mantra: “I love you. Forgive me. I’m sorry. Thank you.”‘