Jordan Chiles wrote a heartfelt message to her ‘best friend’ Simone Biles after Simone dropped out of the individual all-around competition at the Tokyo Olympics.

“To my best friend, just thinking about everything we have gone through together from us getting mad at each other for no reason to laughing at jokes, to bringing the love of this sport back to me with your help words can’t explain how proud I am of you. I LOVE YOU and am literally crying just thinking about everything. WE did this together,” Jordan Chiles, 20, wrote to Simone Biles, 24, via Instagram on July 28.

Simone later commented on Jordan’s post, “Love you… so happy for you!!!!!!!” Jordan’s message came after Simone dropped out of the individual all-around competition at the Tokyo Olympics to “focus on her mental health.” USA Gymnastics released a statement in the early hours of July 28:

“After further medical evaluation, Simone Biles has withdrawn from the final individual all-around competition at the Tokyo Olympic Games, in order to focus on her mental health. Simone will continue to be evaluated daily to determined whether or not to participate in next week’s individual event finals. Jade Carey, who had the ninth-highest score in qualifications, will participate in her place in the all-around. We wholeheartedly support Simone’s decision and applaud her bravery in prioritizing her well-being. Her courage shows, yet again, why she is a role model for so many.”

Simone decided to withdraw from the women’s gymnastics team finals on July 27 because of her mental health. Jordan stepped in for Simone on the uneven bars and balance beam.

“After the performance that I did [on the vault], I didn’t want to go into the other events, so I thought I would take a step back,” Simone said during a press conference. The Olympian revealed that she’s been seeing a therapist and said, “I have to focus on my mental health and not jeopardize my health and well-being.”

She added, “There’s more to life than just gymnastics… It’s very unfortunate that it has to happen at this stage because I definitely wanted this Olympics to go a little better, but again, we’ll take it one day at a time and we’re going to see how the rest goes. Physically, I feel good. I’m in shape. Emotionally, that kind of varies on the time and moment.” 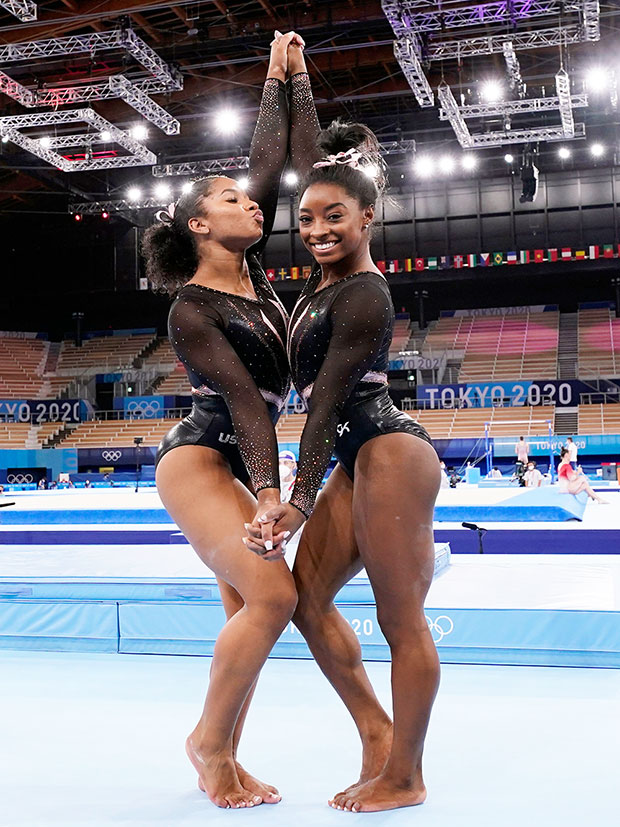 The 4-time gold medalist is still scheduled to compete in the apparatus finals in the coming days. This set of finals consist of the vault, uneven bars, women’s floor routine, and the balance beam. Those finals will begin on August 1.