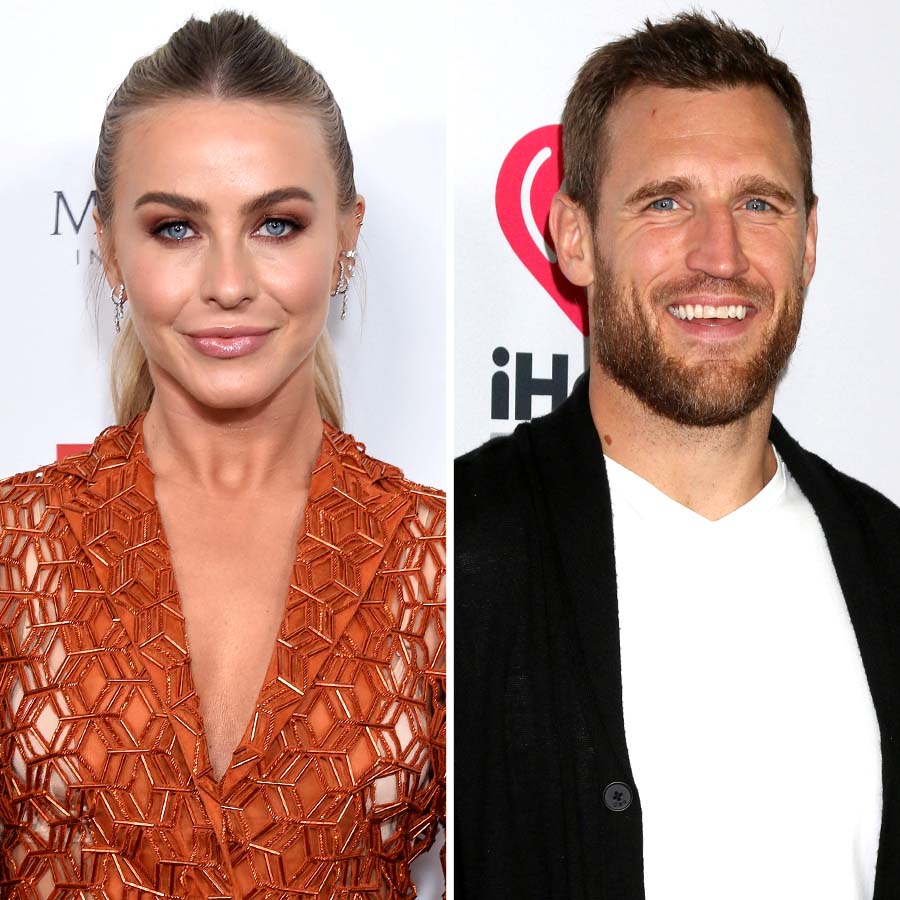 Julianne Hough and Brooks Laich: The Way They Were

Hough, 33, and Laich, 38, finalized their divorce on Friday, June 10, after a judgment was made in the case, Us Weekly can confirm. Specifics of the agreement have not yet been released. TMZ was first to report the news.

The ballroom dance pro filed the paperwork to end her marriage in November 2020. Us confirmed in February 2022 that progress was being made in the legal process, with Hough submitting a Declaration for Uncontested Dissolution. “The parties have entered into a written agreement regarding their property and their marriage or domestic partnership rights, including support, the original of which is being or has been submitted to the court,” read docs obtained by Us.

The former couple tied the knot in July 2017 and announced their spilt nearly three years later. “We have lovingly and carefully taken the time we have needed to arrive at our decision to separate,” they noted in a joint statement in May 2020. “We share an abundance of love and respect for one another and will continue to lead with our hearts from that place. We kindly request your compassion and respect for our privacy moving forward.”

Celebrities Who Fell in Love With Non-Famous People

At the time, a source exclusively told Us that the breakup was “a long time coming,” claiming the twosome “argued a lot and just had different viewpoints on important issues.”

Two months later, the Dancing With the Stars alum seemingly opened up about her mindset while coping with her split by sharing a cryptic quote on social media. “When feeling stuck, depressed, anxious, or hopeless, try taking your attention off of yourself and helping someone less fortunate than you. Selfless acts of service ignite life force energy in the giver,” read a passage via her Instagram Story in July 2020.

Though the now-exes briefly sparked reconciliation speculation in the wake of their separation, Laich moved on with Icelandic athlete Katrín Tanja Davíðsdóttir. The Footloose actress, for her part, was spotted with rumored flames Ben Barnes and Charlie Wilson since pulling the plug on her marriage.

From ‘DWTS’ Champ to Triple Threat! Julianne Hough Through the Years

In October 2020, the Utah native’s brother, Derek Hough, exclusively told Us how he was trying to be a supportive presence for both Julianne and the retired hockey player.

“For anybody that you love and that you care about, that’s all you want. You just want people around you to be happy and to support them in any way you possibly can and to serve them,” Derek, 36, explained at the time. “And that’s really the key. For me, whenever I’m at my happiest is when I’m helping others or serving others. And sometimes I could just be holding a space for somebody and that’s it.”

The choreographer continued: “I think that’s what we all want, right? We just want all of our family, we want all of our friends and everybody to be happy. And then if we can help that, then we’re happy to do it.”