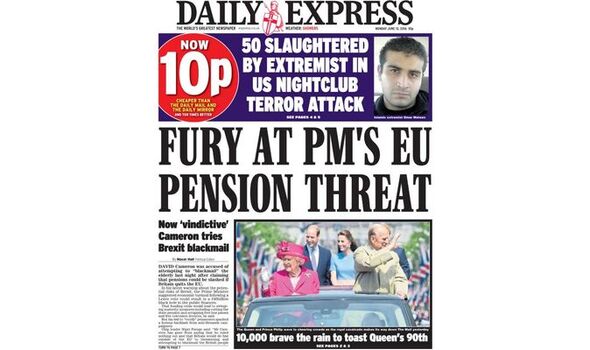 We also reported a mass shooting at a gay nightclub in Florida by Isis supporter Omar Mateen, 29. The final death toll inside the packed Pulse club in Orlando was 50, including the perpetrator. A police SWAT team shot the attacker dead following a three-hour stand-off.

Of the 11 so-called vengeance weapons unleashed on the capital that day only four hit their targets, but by early July 2,500 people had been killed in the UK by V-1s.

Three months later these were superseded by the even more deadly V-2s.

The reformer achieved 58.6 per cent of the vote.

Elsewhere, the people of Leningrad voted to change the city’s name back to the Tsarist St Petersburg.

Yeltsin was succeeded by Vladimir Putin in 2000.