Kate Middleton has kept the British monarchy from collapsing: author

Kate Middleton paid a touching tribute to the people of Manchester.

The duchess, 40, and Prince William, 39, made a visit to the city today for the dedication of a memorial honoring the victims of 2017’s terrorist attack at an Ariana Grande concert.

Twenty-two people were killed in the tragic bombing, including six children, and the new memorial, called the Glade of Light, was officially dedicated at a service attended by the Cambridges.

For the occasion, Middleton wore a pair of gold hoop earrings with a special meaning from London-based Vanleles Diamonds, sporting the brand’s small hoops ($1,478) along with dangling honeycomb and bee charms, paying tribute to the city of Manchester’s symbol. 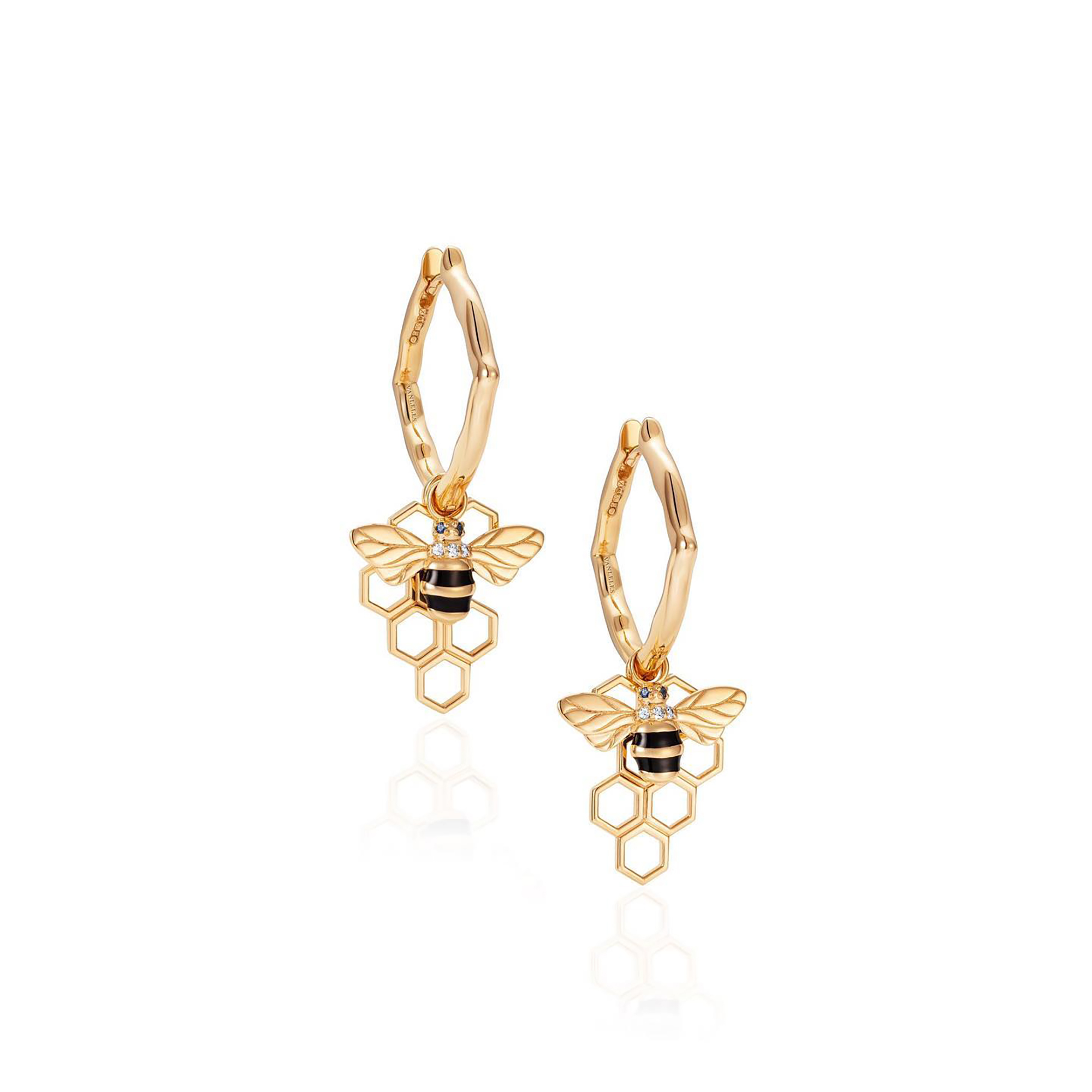 Designer Vania Dörffer confirmed to Page Six Style that the earrings — made from yellow gold, enamel, diamonds and sapphires — were a bespoke commission for Middleton.

Bees were frequently used in the days following the Manchester Arena attack as a sign of solidarity, and many people posted graphics on social media or wore bee-themed pieces. Grande also showed her solidarity by inking a bee tattoo behind her ear after suspending her tour for a two-week hiatus and returning to Manchester for a star-studded benefit concert that raised $13 million for the victims and survivors.

Middleton also showed her support for the city on Tuesday by wearing a pink rubber wristband with stars and the words “We Choose Love.” 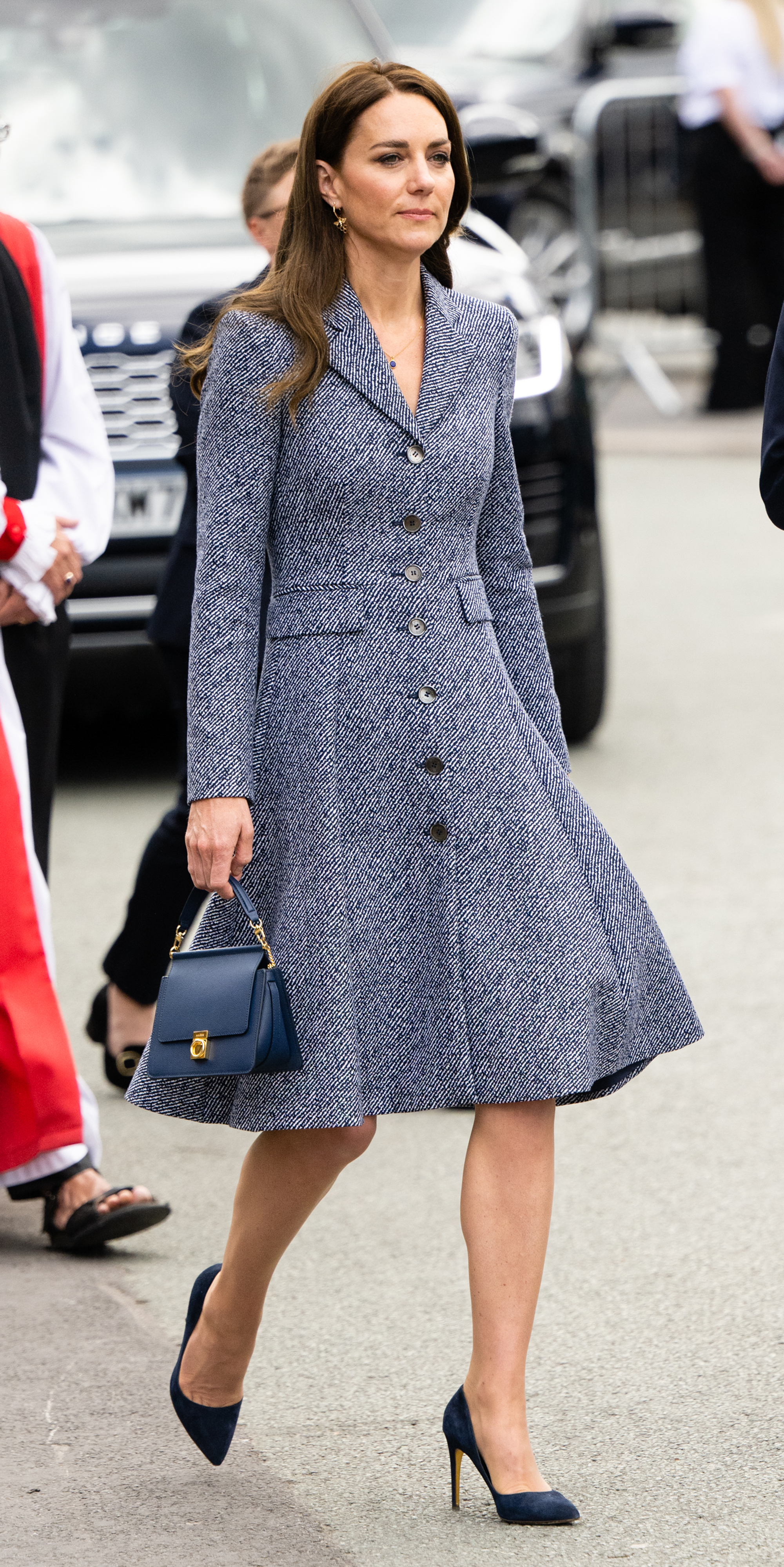 As for the rest of her outfit, the duchess chose a Michael Kors coat dress and a purse by Polène ($420) for today’s dedication in a coordinating shade of blue.

She finished the look with suede heels by Rupert Sanderson and an Astley Clarke Lapis pendant necklace ($205). 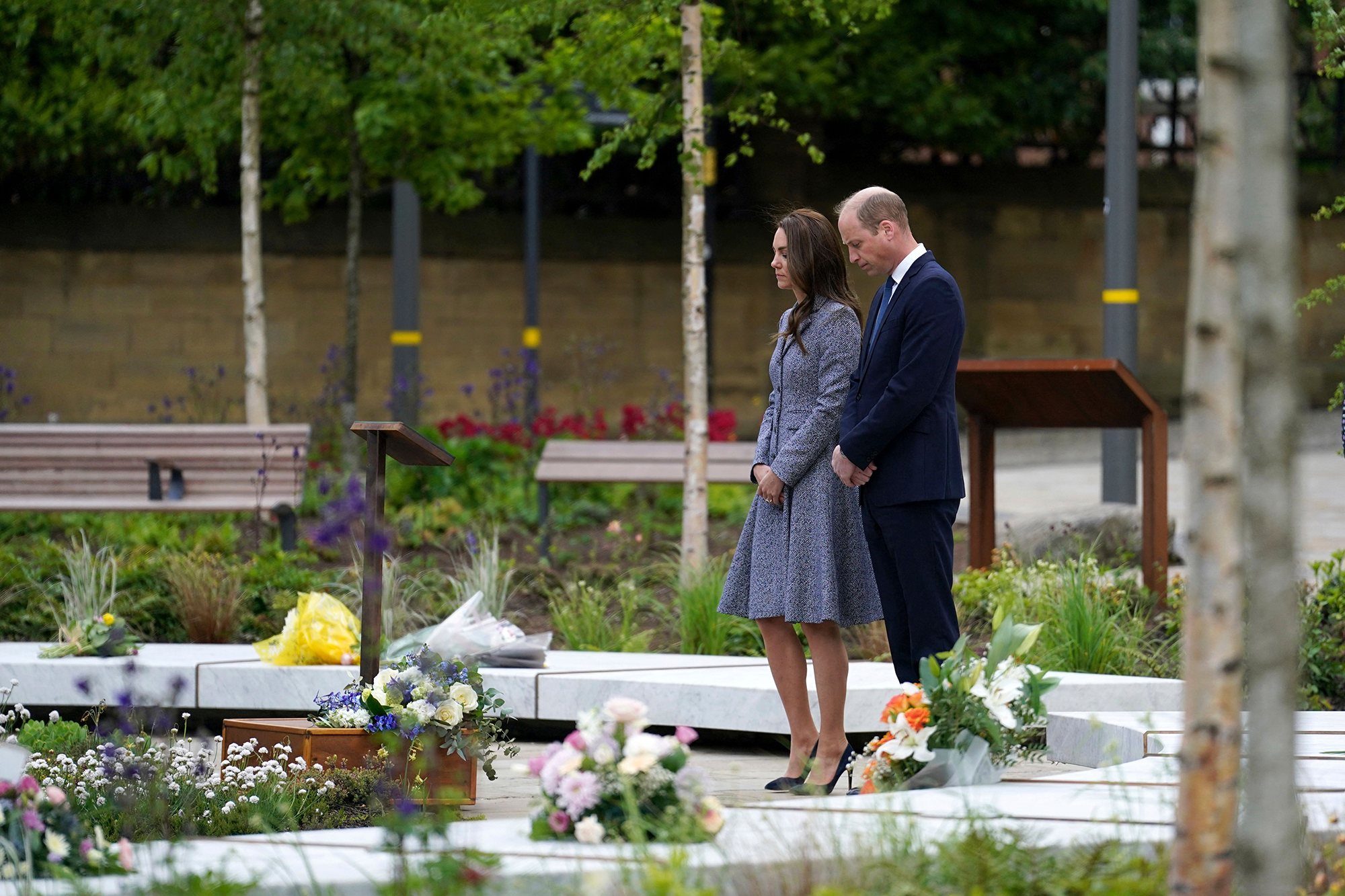 Prince William made heartfelt remarks at the service, sharing his own feelings about the loss of his mother, Princess Diana.

“As someone who lives with his own grief, I also know that what often matters most to the bereaved is that those we have lost are not forgotten,” the duke said.

“There is comfort in remembering. In acknowledging that, while taken horribly soon, they lived. They changed our lives. They were loved, and they are loved.”