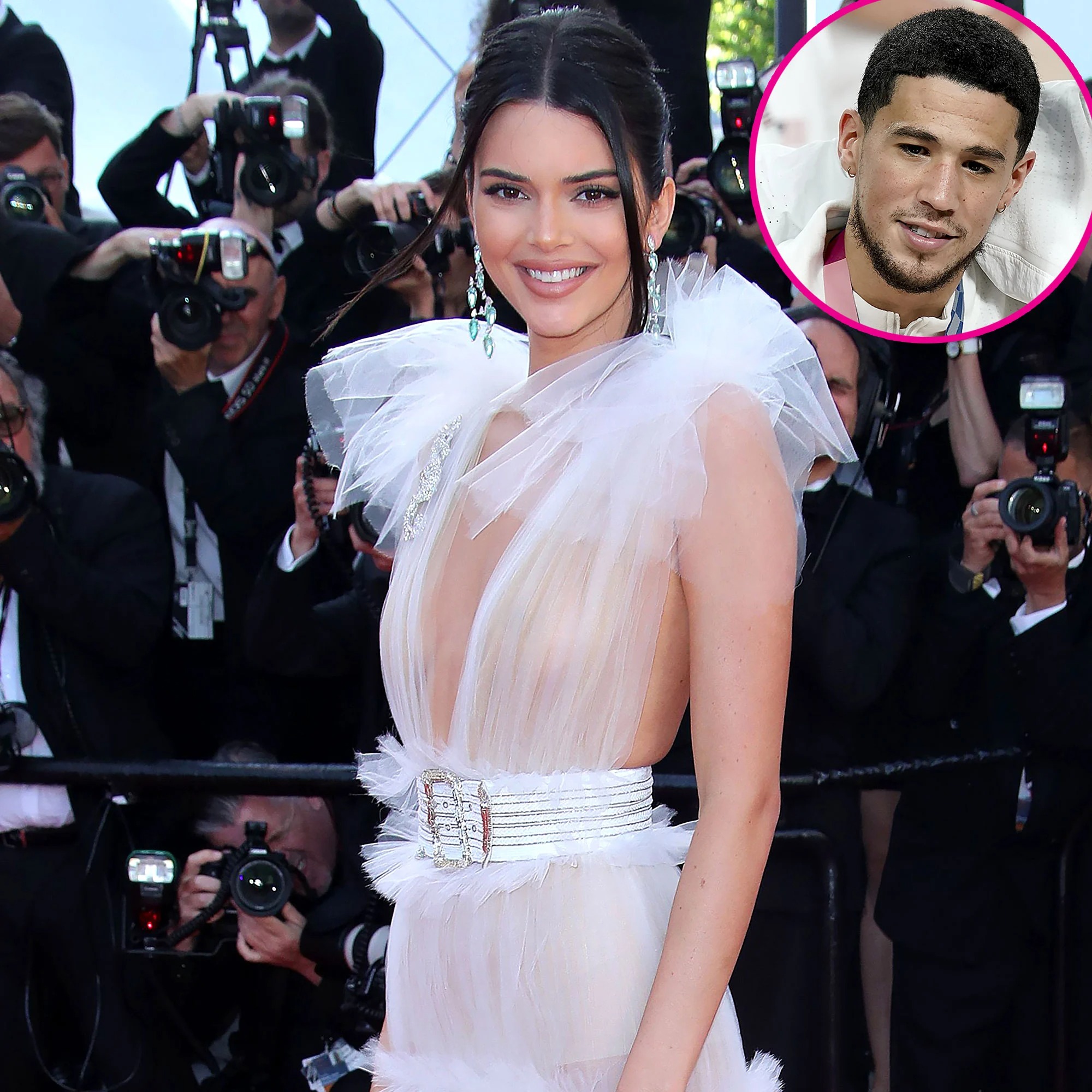 Back on? Kendall Jenner seemed to hint at a reunion with Devin Booker after they were spotted attending the same wedding on Saturday, July 16.

The pair were spotted in videos on social media at the wedding of Michael D. Ratner, founder of OBB Media, and Lauren Rothberg, the head of Hailey Bieber‘s skincare brand Rhode. The nuptials took place in Napa, California, and were also attended by NBA star Blake Griffin, manager Scooter Braun, The Hills alums Frankie Delgado and Jen Delgado and Hailey, 25.

The 818 Tequila founder, 26, shared photos of her wedding guest attire via Instagram Stories on Sunday, July 17. She modeled her green Dries van Noten gown in several videos and photos, including one snap with a man behind her. 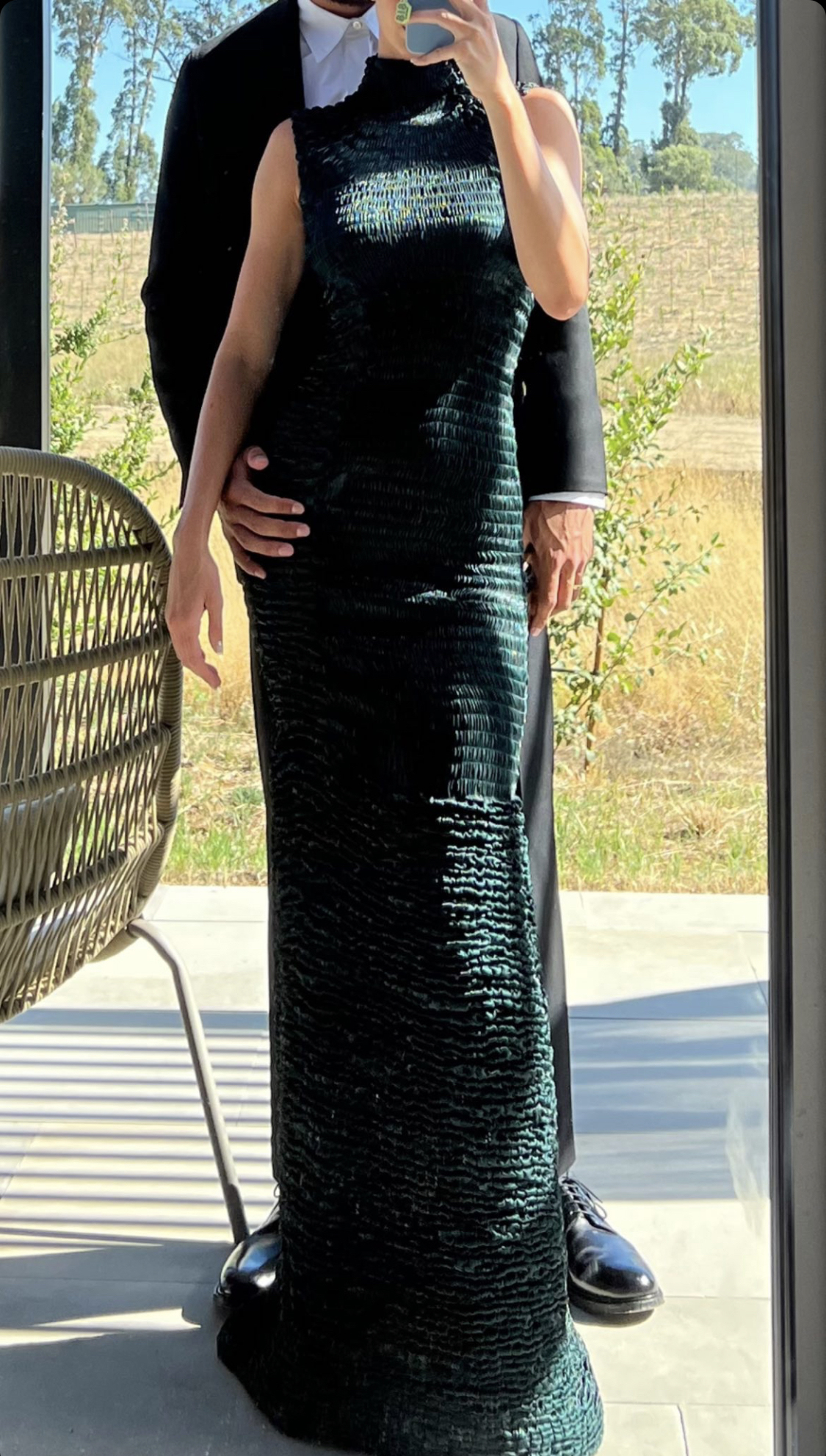 Though their heads were cut off, fans immediately speculated that it could be Booker, 25. The basketball player is 6’5, and the person in Jenner’s photo is clearly towering over the 5’10 model. The man is wearing a simple black blazer and trousers with a white shirt, entirely buttoned at the neck. Social media snaps from various wedding guests show Booker in what appears to be the same outfit at the reception.

Jenner has also recently shared several vacation snaps that followers believe might include the Phoenix Suns player, despite their June breakup. On Thursday, July 14, the Kardashians star shared several vacation photos, including one taken from the backseat of a convertible. Two men appear to be up front. Though their faces are unseen, the one in the passenger seat has a Jack Skellington thigh tattoo that matches one Booker has.

The Kardashian-Jenner Family’s Friendships With Their Exes: A Guide

In a video that is part of the same Instagram carousel, a man in googles appeared to be swimming behind the model as she exited the ocean. Fans believe he could be Booker, but the headgear makes identifying the swimmer difficult.

Us Weekly first confirmed the pair split on June 22 after two years together. The two noticeably didn’t mark their anniversary on social media, and insiders revealed they decided to take a break a couple of weeks earlier.

“[Kendall and Devin are] taking this time to focus on themselves and figure out if a future together is what’s mean to be,” a source exclusively told Us at the time.

The couple reconsidered their relationship after attending Kourtney Kardashian and Travis Barker‘s Italian nuptials in May.

“Kourtney’s wedding really put things into perspective,” the insider explained, adding that the exes were “still super amicable and supportive of each other” despite going their separate ways.

All the NBA Players That the Kardashian-Jenner Sisters Have Dated

Another source told Us that the reality star and the basketball player wanted to “figure out if a future together is what’s meant to be” and planned to “take this time to focus on themselves.”

Booker and Jenner sparked reconciliation rumors just a couple weeks later when they were spotted sharing a laugh at SoHo House in Malibu, California, in late June. Days later, they stopped at a liquor store in the Hamptons to stock up for July 4th weekend.

“There wasn’t any PDA, but they both looked to be in a great mood,” an eyewitness said.