Ask any professional mixologist or amateur bartender what’s the secret to a great cocktail, and they’ll likely say that it’s all about having the right ingredients in perfect harmony. The same goes for making a great podcast. For example, The Sailor Jerry Podcast is a perfect blend of the past, the present, and the future, creating a refreshing audio experience similar to the spiced rum associated with its namesake. Inspired by Norman “Sailor Jerry” Collins’ radio show, Old Ironsides, the show puts the spotlight on captivating and inspiring stars from the worlds of music, tattoos, bartending, and more.

Steering this sonic ship is none other than Matt Caughthran, the frontman for punk band The Bronx (as well as their mariachi music alter-ego, Mariachi El Bronx.) “I’m definitely still getting used to being the one asking the questions,” Matt says in an EXCLUSIVE interview with HollywoodLife, “but hopefully my experience on the other side of the mic translates into better interviews and conversations.”

A man who knows his way around a tour bus, a tattoo parlor, and a dive bar, Matt hosts the bi-weekly Sailor Jerry Podcast, getting the nitty and gritty from such stars as Howlin’ Pete Almqvist of rock band The Hives, bounce music legend Big Freedia, tattooing legend Michelle Myles, and more. Episode 6, out on March 25, will feature  Matt Gondek, a “deconstructive pop artist” who will shed some light on the recent NFT (non-fungible token) phenomenon while also talking about designing band merch, Andy Warhol, and the world of digital art.

Episode 6 of The Sailor Jerry Podcast will also feature some good news for fans of The Bronx: Matt will announce that the band will be releasing its sixth album. Plus, fans will get a chance to hear “White Shadow,” the first single from the upcoming record. The Bronx hasn’t put out a new album since 2017’s V, meaning fans have been waiting a while for new tracks from these hardcore punk heavyweights. Matt’s been waiting, too, telling HollywoodLife that he wants to “go crazy” and hit the road again.

Matt also talks with HollywoodLife about 2020’s Música Muerta, the collection from Mariachi El Bronx that came out at the height of the COVID-19 pandemic (and during that year’s Black Lives Matter protests.) He also shared the guests he’d love to talk to on The Sailor Jerry Podcast and “Man Overboard,” the Sailor Jerry cocktail he’d like to be made in his honor. Speaking of which, in honor of National Cocktail Day (March 24), Sailor Jerry recommends the Ginger Apple Cooler Tiki. Check out the recipe below! 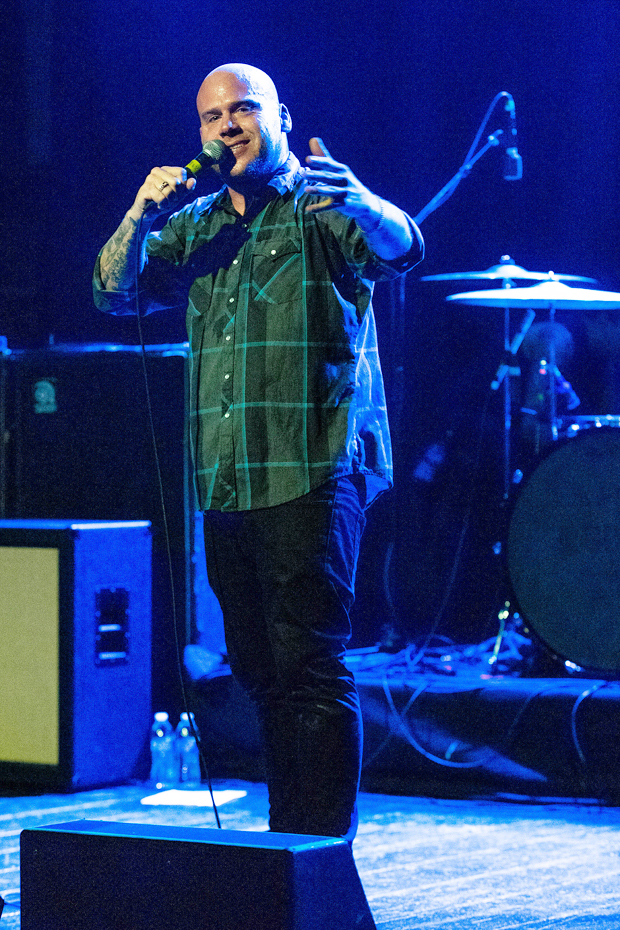 HollywoodLife: Normally, as the voice of The Bronx/Mariachi El Bronx, you’re the one getting interviewed. How has it been to be on the other side of the microphone for The Sailor Jerry Podcast?

Matt Caughthran: Honestly, it’s been a lot of fun! I’m definitely still getting used to being the one asking the questions, but hopefully, my experience on the other side of the mic translates into better interviews and conversations.

Did you look to any other podcast/interviewer for inspiration on your podcast host style?

Not really. I knew the podcast was gonna be interview-based, so structuring it like a late-night television show felt the most natural to me. Quick monologue and then straight to the guest interview. I also thought it was really cool that Sailor Jerry (Norman Collins) had an old radio show in Hawaii called “Old Ironsides.” I like the idea of the show kind of being a continuation of that. Half podcast, half pirate radio. 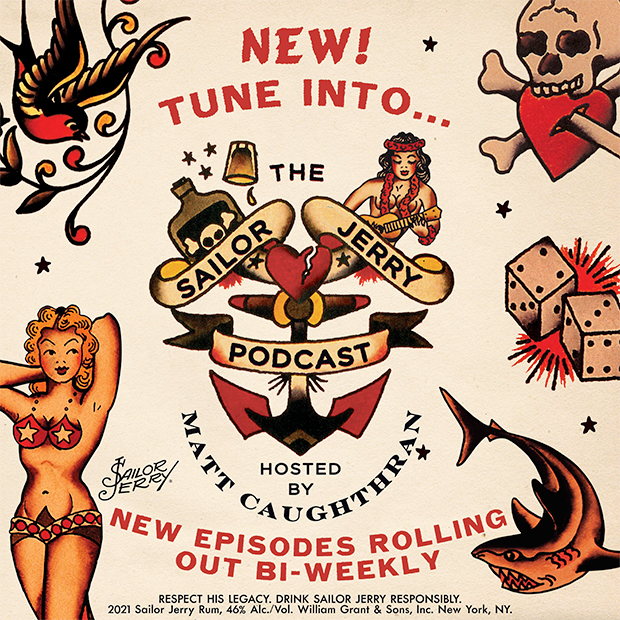 You have arguably the coolest first slate of guests in podcast history, with The Hive’s Howlin’ Pelle Almquist, bounce icon Big Freedia, tattoo artist Sara Fabel, and Cold Cave’s Wes Eisold.  The obvious question is “who is your dream guest” for the show, so I’ll add this – say you could get anyone on the podcast, what’s the one thing you want to ask them?

That’s a tough one! There are literally so many! Iggy Pop is somebody that comes to mind. Madonna would be absolutely insane. Could you imagine that? Would love to have Ed Hardy on the show, Dr. Dre, Henry Rollins, Ozzy Osbourne, Serena Williams, Jack Nicholson, Kelly Slater, etcetera.

As far as one specific guest and question, that’s really hard to pinpoint! I’ve been listening to a lot of Neil Young lately, so I would really love to ask him about some of my favorite songs. “Harvest moon,” “Needle And The Damage Done,” “Sugar mountain.”

Since we’re talking Sailor Jerry, if you were to design a cocktail named after you, what would you call it, and what would the drink include?

[laughs] Oh boy. Let’s keep it simple but effective. Sailor Jerry and soda water with a splash of lime. Call it “Man Overboard.”

The Sailor Jerry Podcast will also focus on tattoos (in honor of the brand’s namesake, tattoo artist Norman ‘Sailor Jerry’ Collins.) They say, ‘you always remember your first,’ so what was your first tattoo? Also, have you ever talked yourself out of/been talked out of a tattoo?

My first tattoo was the 4 bars logo of the iconic LA punk band Black Flag. To my surprise, the guy at the shop had no clue who the band was or what the logo looked like, so I had to draw it up myself. [laughs] And of course, I’ve talked myself out of some terrible tattoos! One time on tour in London, everybody was hangin’ at a friend’s shop after the show, and somebody had the amazing idea to get “D.T.U” or “Dats what up” tattoos. I’m glad I skipped that one. Our bass player has it on his ankle. [laughs] 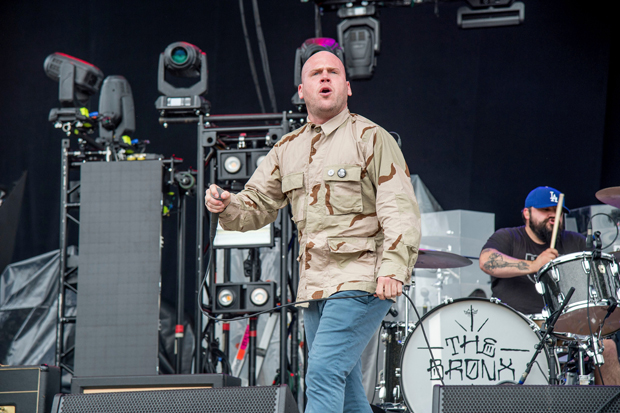 Do you have any plans for your next design?

Would love to get an old-school traditional scorpion. I think that’s gonna be next.

In an insightful  2020 essay, you wrote about the context of releasing Música Muerta against the backdrop of the apocalypse. You wrote how the COVID-19 outbreak and the protests against America’s systemic racism made you reconsider your role as a musician. You ended with, “I can’t help but wonder if any of it makes any difference.” Now that we’re six months away from that moment and about to start our second COVID year, do you think music makes a difference?

2020 was such a heavy year. When I wrote that essay, It was truly the first time I had sat down and thought about everything that was happening. It was so overwhelming and emotional. I actually woke up the next day and told our manager I didn’t want to publish it. He talked me out of it, and I’m glad he did. I think music and art will always make a difference, but it is also important to step outside of your own existence every now and then and pay attention to the bigger picture. Ask yourself what you believe in and what you stand for. Take inventory of your soul and act on it.

What are your thoughts on Música Muerta now?

It’s a beautiful record. I’m glad we released it, and for me, it will always hold a special place in my heart. 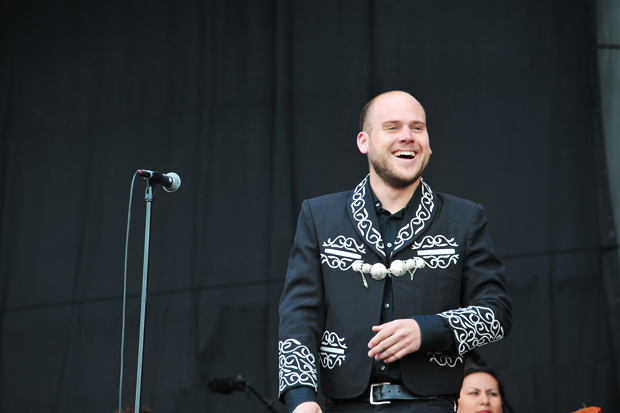 I thought your honesty in that essay was refreshing. I also enjoyed Música Muerta was an excellent release. I played it for someone who hadn’t heard Mariachi El Bronx, and they became newly-minted fans. Would you suggest fans spin this as a way to get to know the band, or do you have a different recommendation?

Thank you, I appreciate that! I actually think it’s a great record for people to get introduced to the band. It has songs that span all three of our studio albums as well as some of our best, unreleased music, demos, and covers. It’s very much the sonic story of the band.

Currently, if you were given a chance to safely hit the road with The Bronx or Mariachi El Bronx, which would you choose? Do you think one is more ‘appropriate’ to your mood/emotions right now?

We’ve all been looking for small islands of relief while sailing last year’s chaotic seas of despair. Personally, I’ve rediscovered reggae and dub records. Have you found your own “island” during this pandemic?

My island is running. I started running midway thru the pandemic, and it’s become an absolute necessity for me. It keeps my mind focused and my mental health balanced. I have a small goal to run 10 miles every week, and I’ve done it for the last 160 weeks. [laughs]. Highly recommended! 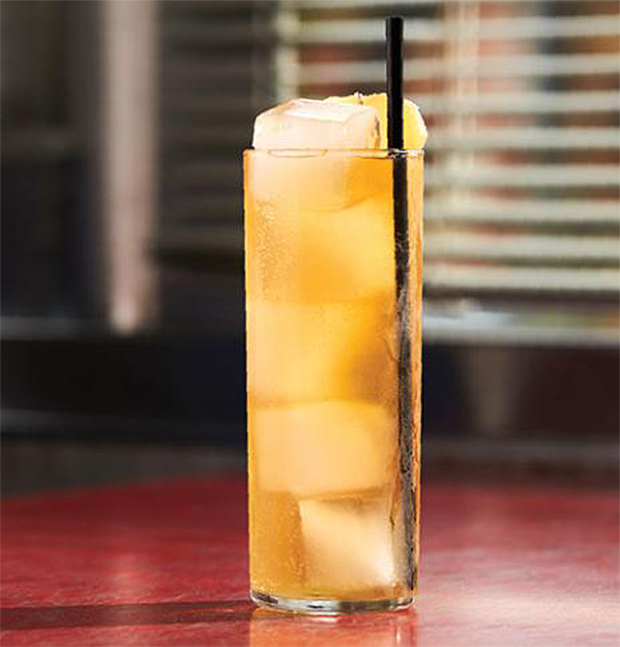 Method: In mixing glass, add ice and all but soda, shake vigorously. Strain into empty Collins glass filled with ice. Top with soda water and garnish with candied ginger.

Find The Sailor Jerry Podcast wherever you listen to on-demand audio.