FOX Business’ Jeff Flock reports from the Jersey Shore, where it’s costing families more to hit the beach and the boardwalk.

It pays to be a lifeguard in Los Angeles County. So much, in fact, that a government watchdog is sounding the alarm to taxpayers in the California county and beyond.

An investigation by OpenTheBooks.com discovered that LA's highest-paid ocean lifeguard, a captain named Daniel Douglas, raked in a total of $510,283 in total compensation last year, nearly half of which – $246,060 – was from overtime pay. Douglas' base salary is $150,054, and he brought in another $28,661 in "other pay" and $85,508 in benefits to surpass the half-million-dollar mark.

Douglas is not the only high-earning lifeguard on the county's payroll. The No. 2 earner in 2021 was lifeguard chief Fernando Boiteux, who made $463,517, followed by section chief Kenichi Ballew-Haskett at $409,414. All told, 98 LA lifeguards made at least $200,000 last year, and OpenTheBooks.com founder Adam Andrzejewski wrote in a substack post explaining the breakdown that "it's time we put Baywatch on pay watch." 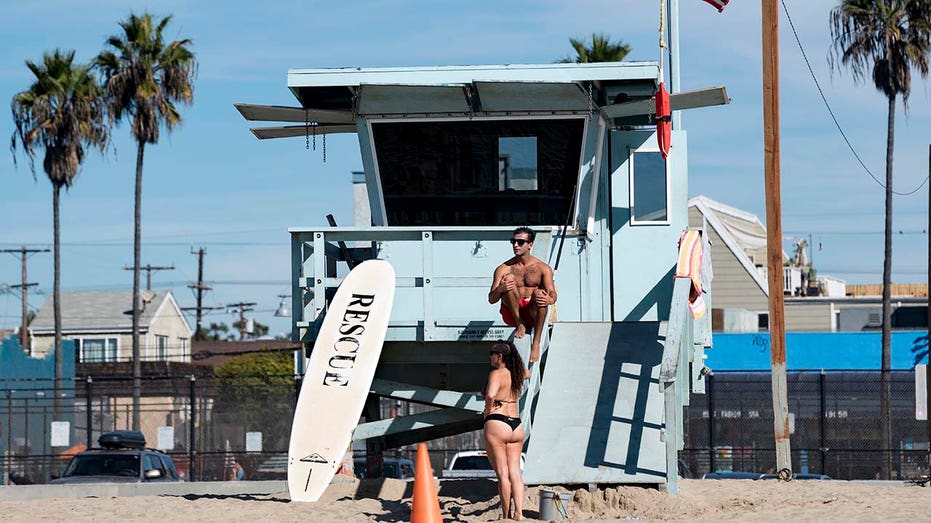 A lifeguard and a woman at Venice Beach in Los Angeles on November 23, 2017.  (Ronen Tivony/NurPhoto via Getty Images, File / Getty Images)

Andrzejewski told FOX Business, this "is an example of permanent government that isn't being changed at the ballot box. Even in extreme circumstances, where lifeguards make a half million dollars, the people are virtually powerless to reign in the misallocation of resources." 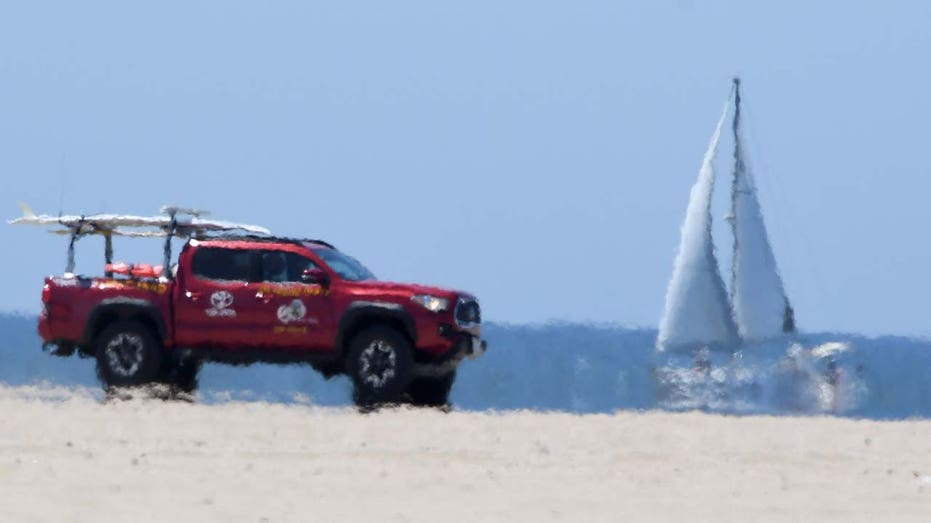 He said that it may not just be LA taxpayers footing the bill, either.

Adrzejewski pointed to the fact that lifeguards are considered first responders, a priority in the American Rescue Plan Act passed by congressional Democrats last year under President Biden, and claims Los Angeles received a $1.9 billion "bailout" from the legislation. 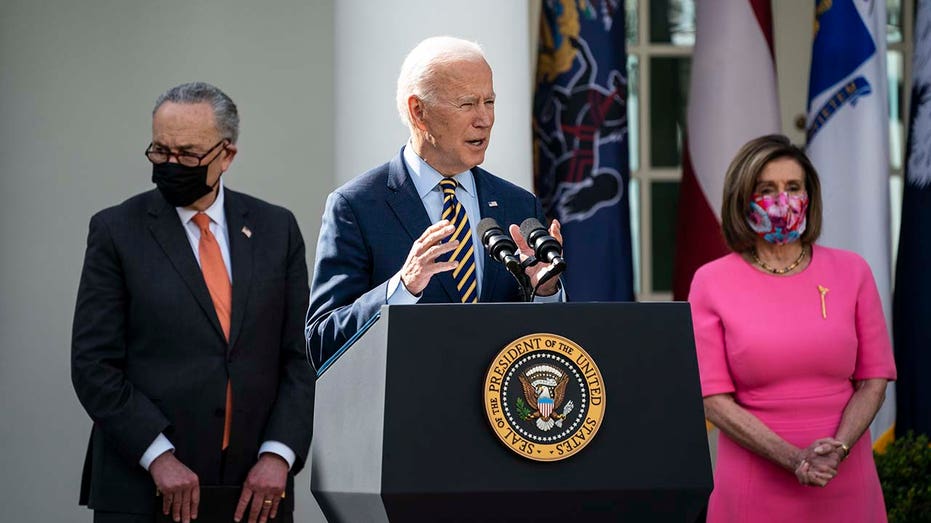 "We don't know how much of that money on a fungible basis ends up in the pockets of lifeguards," Adrzejewsky said, "but one of the reasons they can pay $510,000 for a lifeguard is because of taxpayer money from working and middle class taxpayers and all of us from around the country – $1.9 billion of the American Rescue Plan Act is over there in Los Angeles County."

Los Angeles County told FOX Business that there is a lot more to the story.

For starters, Daniel "Danny" Douglas, and other high-earning lifeguards listed by OpenTheBooks.com, serve on specialized teams that travel to other parts of the state and even the country to assist in emergencies such as wildfire disasters. Last year, Douglas alone served 114 days on a COVID incident management team, and 70 days on fire incident management teams on six separate fires in addition to his service as an ocean lifeguard.

"These are all in addition to his normal lifeguard responsibilities," the spokesperson said of Douglas. "So it's not like he's just sitting around at the beach with his toes in the sand collecting overtime. He's doing some major things on these incident teams, which are really essential in the structure of wildland firefighting. And, as we saw with the COVID response, [in] helping the communities." 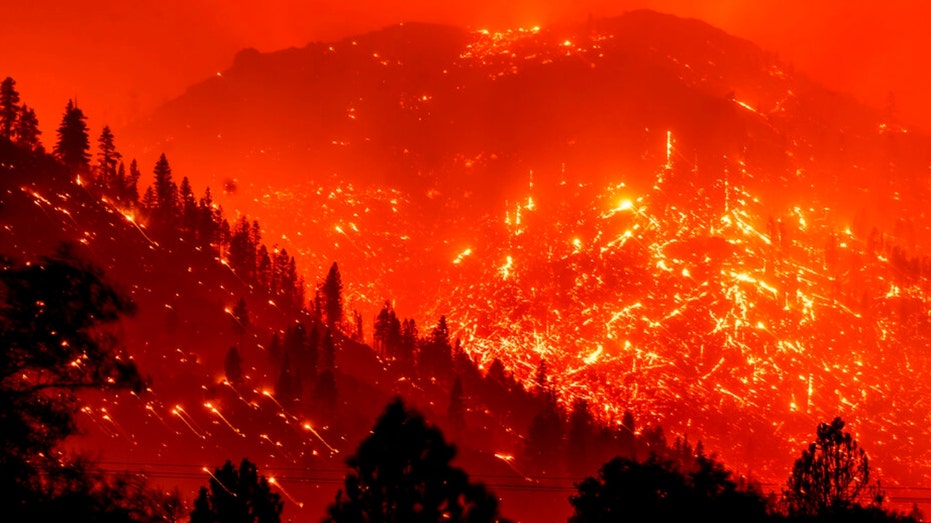 For lifeguards' work on the special teams, the spokesperson said, LA County is reimbursed by both the state and federal government, and has been prior to the pandemic.

The county said in an official statement that in 2021, "the Los Angeles County Fire Department had approximately 166 full-time Ocean Lifeguards and 600 seasonal recurrent Ocean Lifeguards. All our lifeguards, including those in leadership positions, have taken on an enormous responsibility. They are responsible for protecting 72 miles of coastline, 10,526 square miles of open ocean waters, Catalina Island, and 1,686 square miles of Los Angeles County inland waterways."

"In that same year, we had over 50 million beachgoers and our lifeguards executed over 9,286 ocean rescues and responded to over 13,303 medical calls," the statement continues. "During large scale brush fires, our lifeguards take on additional responsibilities to work on specialized incident management teams to support firefighters all over the state – as they did in 2021 when wildfires burned an estimated 2,568,948 acres here in California. Additionally, our lifeguards were a critical part of the COVID-19 response efforts. The Lifeguard Division provided personnel, logistics, and incident management qualifications to support COVID-19 Testing and COVID-19 vaccinations all over the County of Los Angeles."