Leah Remini called out “jerk-off” Jennifer Lopez for being extra as they laid poolside in a throwback video posted to TikTok on Thursday.

She panned the camera to herself, appearing makeup-free in a basketball cap.

Remini then pointed the camera over to Lopez, who was laying out in a red-orange bikini, matching headscarf, aviator sunglasses, dangling gold earrings and stacked bracelets.

“Look at this one! Headwrap! Jewelry! Can you be ugly once?” the “Leah Remini: Scientology and the Aftermath” host shouted. “Just be normal once!”

Lopez burst out laughing as her BFF jokingly tackled her and said, “You’re such a jerk-off!” 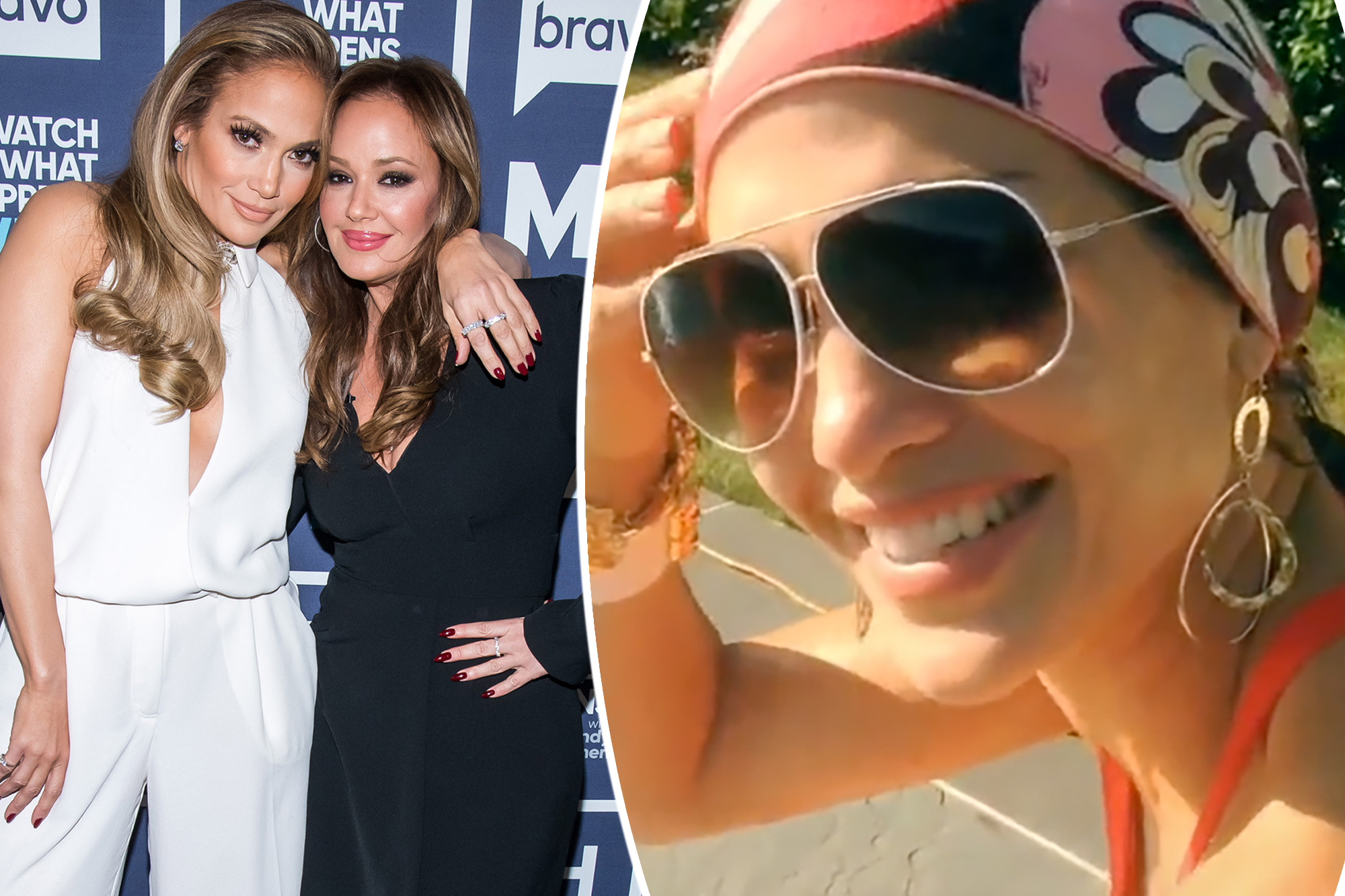 In the comments section, fans gushed over how much they “love” the ladies’ friendship and how relatable they are.

“🤣😂 we all have that friend! I look like Walmart and she look like Neiman’s while picking up coffee! Love it! Having fun & gossiping is the best!😂,” one person commented.

Another wrote, “Awww 🥰 the bffs We need to see more of! I’d watch their show.”

Lopez originally posted the video to Instagram in July 2014, while the pair were vacationing in the Hamptons.

The “Jenny From the Block” singer – who has since rekindled her romance with Ben Affleck – was “newly single” at the time, while the “Kevin Can Wait” alum had just fled the church of Scientology a year prior.

Sources revealed in 2013 that Lopez was one of the few friends who stuck by Remini’s side when she left the church.