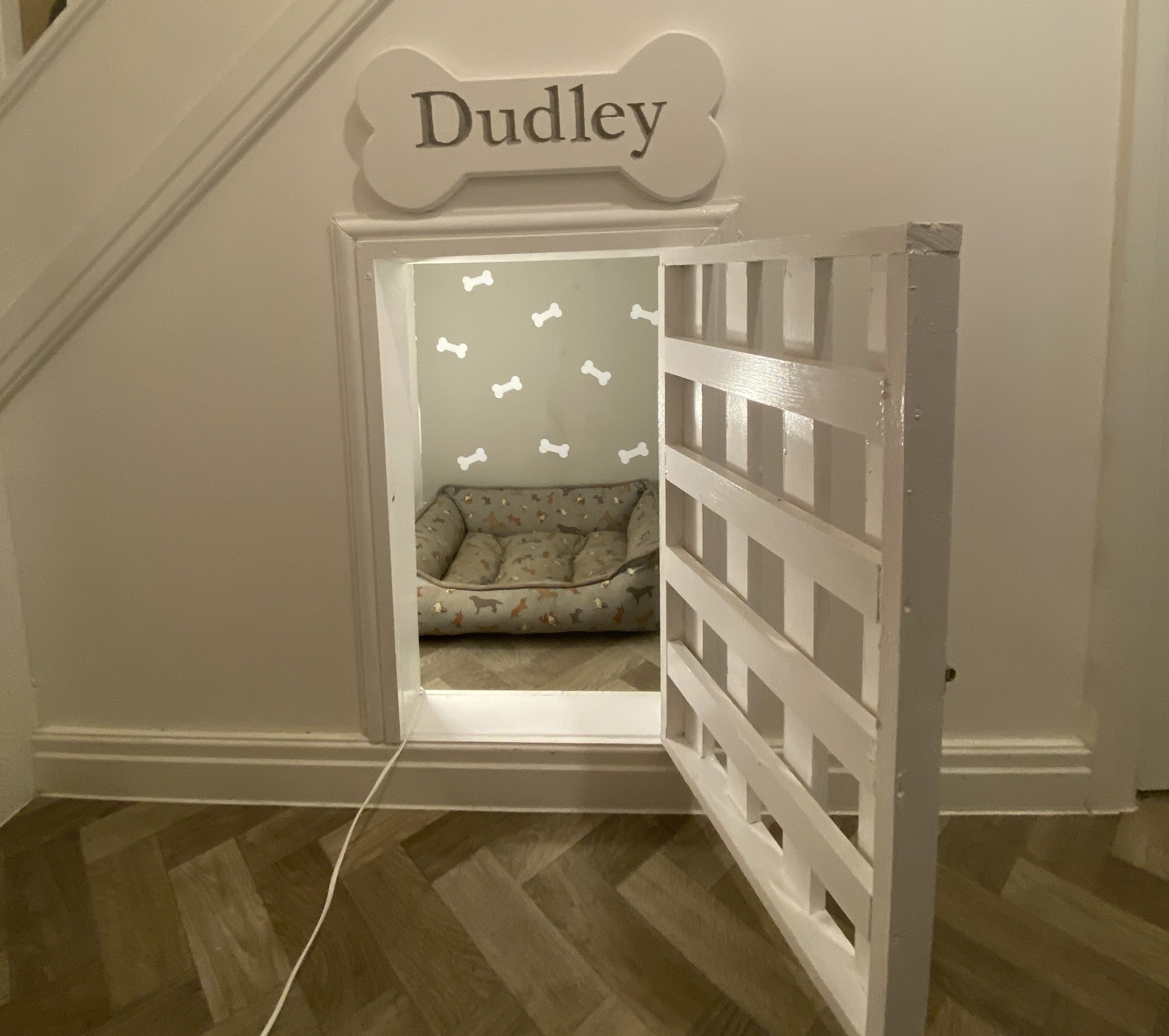 William Ridley’s dog Dudley needed a new place to chill out in his Leeds home.

Dudley lives with William and his girlfriend Steph, having been rescued by the couple in December 2019 at six months old.

The happy pup had free reign of the house, but William thought it might be nice to give him his own space to wind down of an evening.

‘We didn’t really have a proper space in our home for him to sleep and often either slept in a large crate or in a bed on the kitchen floor,’ William told Metro.co.uk.

‘However, we decided with the lockdowns over the past few months to make use of a space under the stairs.’

The cupboard was previously used for shoes and coats, but these were rehoused for Will’s DIY plans – which ended up costing less than some high-end dog beds you’d find on the high street.

The whole project cost just £100, with a few weeks of cutting and finishing done alongside the couple’s normal schedule.

Will cut a hole in the plasterboard, adding wood to make a new door frame, and creating an internal wall to set Dudley’s room apart from the larger cupboard space.

A new, latticed door was added (so Dudley can see outside), and soft furnishings were added to make everything cosy and pup-friendly.

The wood for the project cost £40, Will spent £10 on plasterboard, £30 on tools (which can be reused again for further works) and the paint and accessories were £20.

Dudley was getting nosey while the work was ongoing, sniffing away to work out what was going on.

‘Dudley was keen throughout building to understand what was going on with this hole in the wall and absolutely loves his new den,’ said Will.

He added: ‘He looks forward to going in it to bed every night, he feels safe and happy inside!’

Get in touch at MetroLifestyleTeam@metro.co.uk.