There have been few civil courtroom contests in Australia to match the sheer scale and drama of the Ben Roberts-Smith defamation case as it has unfolded over the last three months.

Gripping headlines have sprung from allegations of skulduggery on and off the battlefield, raw emotion has spilt into the courtroom as the one-time war hero’s most intimate personal relationships have been pulled apart, there have been guest appearances (on opposing sides) by Assistant Defence Minister Andrew Hastie and former defence minister Dr Brendan Nelson, and rare insights into the minds and methods of SAS elite soldiers. 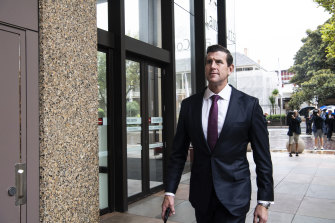 Add to that the proxy contest between two of the country’s largest media conglomerates – Seven West Media, whose chair, Kerry Stokes, is bankrolling Roberts-Smith’s lawsuit, and Nine, the owners of this masthead – and the label “marathon” doesn’t begin to do the saga justice.

The trial began in the middle of last year after two-and-a-half years of preliminary procedural skirmishing. But it was forced into temporary suspension as the pandemic raged. When hearings resumed at the start of February this year, there were confident predictions it would all be wrapped up within 10 weeks.

Instead, 11 weeks on, Nine has only just called the last of its witnesses while Roberts-Smith’s military allies will not begin testifying until Tuesday.

This week, then, marks an important watershed. Despite the wave of negative headlines for the Victoria Cross recipient (who instigated the action), it’s still too early to predict who will emerge the ultimate victor. But many of Nine’s witnesses have exceeded the expectations of its legal team. 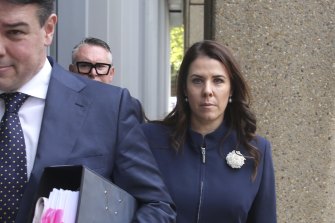 Emma Roberts, the estranged wife of Ben Roberts-Smith, outside the Federal Court in Sydney.Credit:James Alcock

The company’s mastheads, the Sydney Morning Herald and The Age, are defending their stories on the grounds of truth, meaning there’s little room for shades of grey in the competing narratives.

Nine’s barrister, Nicholas Owens, SC, acknowledged as much when he advised presiding judge Anthony Besanko at the outset that: “Your honour will be asked to choose between two diametrically opposed stories incapable of being reconciled to one another.”

A unique feature of the case is its hybrid nature – what the president of the Australian Bar Association, Matt Collins, QC, calls a war crimes trial “masquerading as a defamation action”.

The gravest allegations the media outlets have levelled against Roberts-Smith are the six unlawful killings of prisoners which they say he committed or was complicit in over the course of several missions to Afghanistan between 2009 and 2012.

Nine has also alleged that the Victoria Cross recipient brutalised prisoners, bullied two junior soldiers, endeavoured to intimidate several other SAS troopers to get them to change or drop their evidence to the Brereton inquiry (which was conducting its own probe inside government into war crimes allegations) and that he sought to conceal evidence by burying USB sticks with classified photos on them in his backyard and setting fire to his laptop.

He has also been accused of striking his former lover, Person 17, after she fell drunkenly down a set of stairs at a Parliament House dinner. His estranged wife, Emma Roberts, swore he’d threatened her with the loss of their children if she didn’t back up his alleged lie that he was separated at the time of the affair.

Roberts-Smith has denied all wrongdoing. He says the stories have ruined his life and reputation. He insists the only people he ever killed in Afghanistan were lawfully slain during combat. His senior barristers, Arthur Moses, SC, and Bruce McClintock, SC, say the media outlets have been drip-fed rumours and gossip by bitter former comrades, jealous because of Roberts-Smith’s high profile, his Victoria Cross and other military awards. There has been evidence from some soldiers of “pro” and “anti” Roberts-Smith camps inside the regiment.

Nine was never going to be completely sure of the strength of its case until the 19 current and former SAS troopers it had summoned delivered their testimony.

A number of these soldiers were not happy about being required to give evidence. They testified under certificates of immunity granted by presiding judge Anthony Besanko to protect them from self-incrimination.

But they have stood remarkably firm in the face of days of gruelling cross-examination by Moses (one later complained to a fellow witness that Roberts-Smith’s barrister had come at him “like a rabid dog”, the court heard). And it is striking that some of the most damning evidence has come from those who were most open about their discomfort at being in the courtroom.

Such a man was Person 24, who gave evidence in mid-March. Person 24 choked up as he described how difficult he was finding it to have to give evidence against “that man in the corner”, as he described Roberts-Smith, who habitually sits in the same seat next to the window at the back of the court. 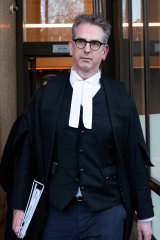 Nicholas Owens, SC, the barrister for Nine, which owns The Age and The Sydney Morning Herald.Credit:Edwina Pickles

Person 24 went on to give a graphic description, under oath, of seeing Roberts-Smith carry out what he called an “exhibition execution” by machine-gunning an Afghan man in the back outside a village compound designated Whiskey 108 in April 2009.

Another trooper, Person 41, had rated Roberts-Smith a “good and brave soldier” yet gave remarkably similar evidence, describing how he’d also witnessed Roberts-Smith shoot the man in the back outside Whiskey 108.

This prisoner, Nine says, was one of two men found inside a hidden tunnel in the compound, who had been handcuffed and rendered harmless before Roberts-Smith ordered the killing of one, and killed the other himself.

Roberts-Smith told the court last year that there were no men in the tunnel. Five SAS witnesses have contradicted him on this point, saying they either saw the prisoners in or near the tunnel when the compound was first searched, or heard discussions about it on the troop radio network. The weight of evidence on this point will be hard for the other side to overcome.

Trooper Person 4 told the court he’d once loved Roberts-Smith like a brother. Yet Person 4 said he’d seen Roberts-Smith kick a villager off a cliff in the village of Darwan, Afghanistan, in October 2012, and shortly afterwards observed the man lying dead at the feet of Roberts-Smith and a second soldier, Person 11, after one of them unleashed rounds from an M4 rifle.

Person 4’s account closely matches that of three Afghan farmers who gave evidence from Kabul last year, just as the Taliban was closing in on the Afghan capital.

Roberts-Smith has entirely different versions of these events, insisting for instance that the slain men at Whiskey 108 were combatants, not prisoners, and that the Afghan killed at Darwan was a Taliban spotter.

He will be looking to his own military witnesses to rebut what Nine’s have said. The case could turn on which soldiers Besanko considers to be lying. 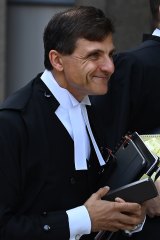 The certificates of immunity granted by the judge do not offer protection against perjury.

There have been wins and setbacks at various points for each side along the way. In a blow to Roberts-Smith, his estranged wife Emma was originally expected to give evidence for him but instead gave evidence for Nine.

There was a setback for Nine when the media outlets’ barrister, Owens, fought unsuccessfully to preserve privilege over confidential notes which investigative journalists Chris Masters and Nick McKenzie had taken in their dealings with some of the soldiers. Moses was able to deploy those notes extensively in cross-examination.

Nor did Owens succeed in having two other soldiers – Person 66 and Person 56 – give evidence about alleged battlefield executions. Nine claims Roberts-Smith ordered Person 66 to execute a prisoner at Siah Chow in Afghanistan as part of the practice of “blooding” (that is, achieving a first kill) in October 2012, and that Person 56 was involved with Roberts-Smith in unlawfully killing a prisoner at another location, Fasil, just weeks later.

The judge excused both Person 66 and Person 56 from answering questions about these alleged killings on the grounds of self-incrimination.

Person 56 told the court this week he’d felt pressured to give evidence on the Darwan cliff-kicking incident because he feared Nine would otherwise press questions about his own alleged involvement in the incident at Fasil.

Nine’s legal team acknowledges their witnesses’ accounts of what happened on the battlefield in Afghanistan a decade or more ago don’t always align, but say this is not a weakness, because it shows there is no conspiracy between them.

By contrast, they say, there is evidence that Roberts-Smith and four of his soldier witnesses have colluded on some portions of their evidence by repeating the same false detail in what amounts to a “fraud” on the court – a point being fiercely contested by Roberts-Smith.

Regardless of where the civil trial ends up, nothing will stop the work of the Commonwealth Office of the Special Investigator (OSI), which is examining whether criminal charges should be laid against any soldier or former soldier over war crimes in Afghanistan.

The establishment of the OSI builds on the work of the Brereton inquiry, conducted under the auspices of the Inspector General of the Defence Force, which found there was credible evidence to implicate 25 current or former ADF personnel in unlawful killings. Every day there is at least one Commonwealth representative in the courtroom, keeping an eagle eye on proceedings.

Unlike any criminal action, though – which requires a “beyond reasonable doubt” standard of proof – a civil case applies a balance of probability test, though to a more rigorous standard where serious allegations are involved.

Many of the troopers feel their own leadership let them down by failing to act early on the warning signs that some soldiers inside the SAS had let a warrior culture run rampant.

As Person 31 complained in the courtroom recently, “weak leadership” left grievances and suspicions to fester, “Hence we’re now dealing with this in court.”

At the end of the trial, Roberts-Smith will emerge a wronged man, or else be forever branded a hypocrite, a liar, a bully and potentially a war criminal.

For the media outlets, the reputation and viability of their public-interest journalism is at stake.

Leaving aside damages, the losing side is likely to be saddled with both sides’ costs running into the tens of millions of dollars. And even once Besanko hands down his ruling, there is a strong likelihood that whoever loses will appeal, prolonging the case even further.

Hastie, a former SAS captain himself, has acknowledged the pain the court saga is inflicting on those who had served in Afghanistan, the great majority of whom did so honourably and at great peril to themselves.