Chandler Bing, always the jokester! Matthew Perry joked he doesn’t ‘hear from anyone’ when James Corden asked during the reunion who from the ‘Friends’ cast doesn’t pick up.

Naturally, Matthew Perry cracked some jokes during the Friends: The Reunion special, which dropped May 27. When host James Corden asked Matthew, a.k.a. Chandler, who from the Friends cast doesn’t pick up when he calls, Matthew quipped, “I don’t hear from anyone.” The whole cast started laughing at Matthew’s joke.

Lisa Kudrow noted that the cast does “stay in touch” even after all these years. “Maybe not every day, but we have such a bond from having done this show and forged this very tight relationship that anytime you text or call someone, they’re going to pick up. They’ll be there,” she said. 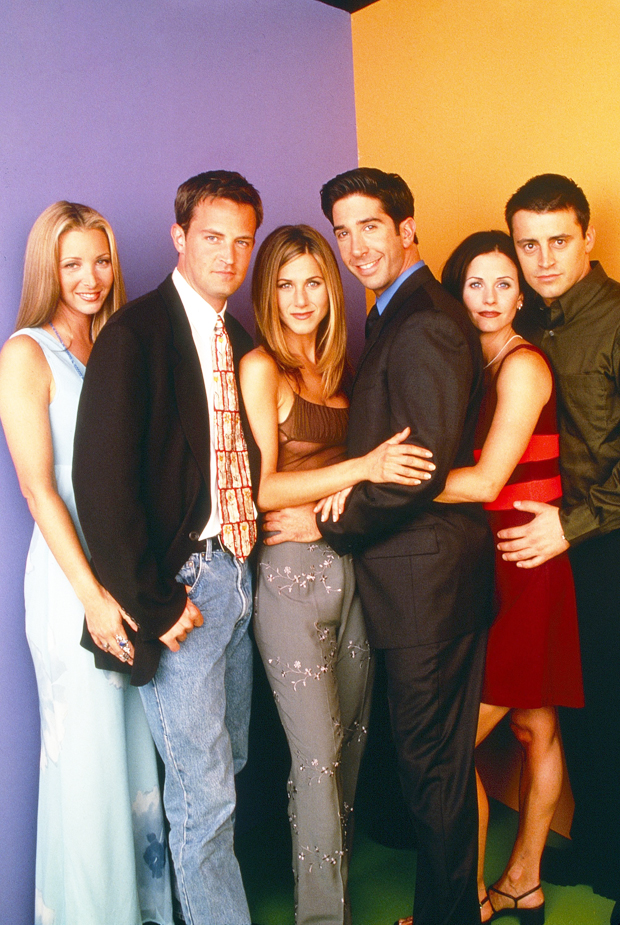 Friends: The Reunion marked the first time since the show’s finale 17 years ago that the cast has been back on set together. “It’s been so fantastic and exciting, and we’ve literally just sort of slipped right back as we usually do,” Jennifer Aniston gushed during the reunion.

David Schwimmer added that the reunion has been “really emotional, really fun, actually. I felt after the inital shock of being in the same room together, I think we all just fell right into our same old kind of joking around. We’re a family so it really… we regressed.”

Friends: The Reunion took place a year after its intended release. The reunion special was initially supposed to premiere in May 2020 when HBO Max launched, but the COVID-19 pandemic delayed the reunion for a year.

The cast has remained close over the years, especially Jennifer, Lisa, and Courteney Cox. When Jennifer joined Instagram in October 2019, her first post featured the entire Friends cast. Jennifer took an epic selfie with the cast all leaning in to get in the frame. “And now we’re Instagram FRIENDS too. HI INSTAGRAM,” she captioned the photo. Jen’s Friends reunion photo has over 16 million likes and counting. Friends: The Reunion is currently streaming on HBO Max.