Her best mom life! Kylie Jenner is continuing to share her postpartum journey with her fans after welcoming her son in February.

Every Glimpse Kylie Jenner Has Shown of Her Son With Travis Scott: Baby Album

“When your postpartum hormones start to level out 😅😅😃,” the 24-year-old Kylie Cosmetics CEO captioned a TikTok video on Thursday, May 12, as she lip-synced to audio from an old episode of Life of Kylie.

Jenner mouthed along to a clip from her 2017 reality series, in which she told former BFF Jordyn Woods, “Dude, I’m getting my personality back though. Like, I’m feeling like myself again. I really was not myself.” 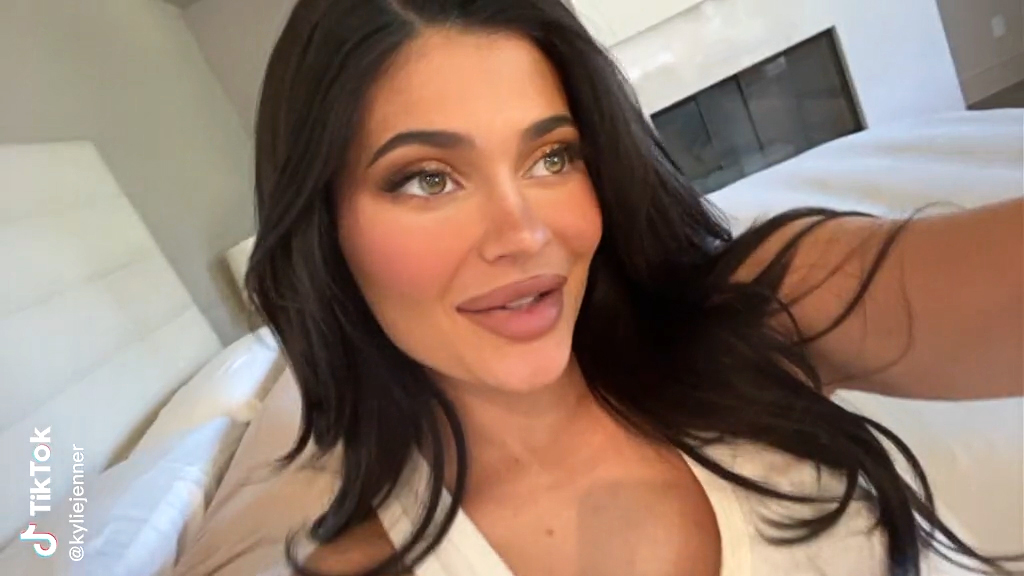 The Keeping Up With the Kardashians alum has been candid about her highs and lows since giving birth to her second child with Travis Scott four years after the pair welcomed daughter Stormi. In March, Jenner compared her two postpartum experiences, telling her followers that it was “a little harder” this time around than after Stormi’s February 2018 arrival.

“It’s not easy, mentally, physically, spiritually, it’s just crazy,” she said in an Instagram Story video at the time. “I didn’t want to just get back to life without saying that because … for other moms going through it right now, I think we can go on the internet and it might look a lot easier for other people and put the pressure on us, but it hasn’t been easy for me either. It’s been hard. I didn’t even think I’d make it to this workout today but I’m here and I’m feeling better. So, you’ve got this.”

The Kylie Skin founder reassured other moms that it’s “OK to not be OK,” concluding, “I realized that I was putting some pressure on myself, and I just keep reminding myself I made a whole human, a beautiful healthy boy. We have to stop putting pressure on ourselves to be back, not even physically just mentally, after birth.”

Jenner and Scott, 31, became parents for the second time in February, initially announcing that their baby boy’s name was Wolf Webster. However, the duo later changed their minds about the moniker. “FYI our son’s name isn’t Wolf anymore,” the makeup mogul wrote via her Instagram Story one month after the infant’s arrival. “We just really didn’t feel like it was him.”

Though she has still yet to reveal her child’s official name, Jenner has been honest about adjusting to life with two kids — and about the pressure to get back into pre-baby shape.

“It just didn’t feel right to go back like nothing happened,” she told Extra in April after previously sharing that she was struggling to get her strength back after her second pregnancy. “I don’t want my fans or any other women going through postpartum to look at me and think, ‘It’s so easy for her. Why is it not easy for me?’ I’m getting better every day. I feel good. It’s not easy … but it’s great. I’m in baby heaven.”