Tommy Lee didn’t let his broken ribs get in the way of his reunion with fellow Mötley Crüe bandmates after a nearly seven-year hiatus on Thursday.

Even though the iconic drummer only lasted five songs into the band’s hotly-anticipated reunion kickoff tour at Truist Park in Atlanta, Ga, it was actually five more songs than his doctor ordered.

In true Lee fashion, the musician ignored the doctor’s advice and went ahead with his performance during the band’s opening night alongside Def Leppard, Poison, and Joan Jett & The Blackhearts.

After soldiering on through five tracks on the drums, Lee’s pain was too much for him to handle.

“Man y’all ain’t gonna believe this s–,” he wrote on social media ahead of the gig. “I broke four f–ing ribs!”

“But I’ve been resting and healing and even though the doctor tells me I shouldn’t play at all, you know I’m stubborn and I’ll beast through the pain every show for as many songs as I can.”

Lee revealed he had Black Sabbath and Ozzy Osbourne’s drummer Tommy Clufetos save the show until he’s “back at 100 percent.”

“We’ve all been waiting years for this moment and there’s no way I’m missing this! On with the show,” Lee added.

“We did it! You did it, we did it, we’re f–ing here!” he told the crowd, referring to the times the tour was postponed from 2020 as a result of the pandemic.

“I wish I had a f–ing badass story, like me and Conor McGregor f–ing scrapping out in some f–ing bar or something, but I don’t,” Lee explained, before welcoming Clufetos to the stage.

Before leaving the stage, Lee shared the doctor’s orders with the crowd.

“The doctors told me, ‘No playing, bro. No playing.’ And I was like, ‘Are you f–ing high, bro? We’ve got a f–ing tour to do!’ So anyway, I ain’t sitting out for s–. My boy’s gonna help me out here and I’ll see you guys later. On with the goddamn show.”

During the fifth song of the band’s set, Lee decided it was time to call it a day and rest up. He exited the gig behind his drum kit, according to Ultimate Classic Rock. 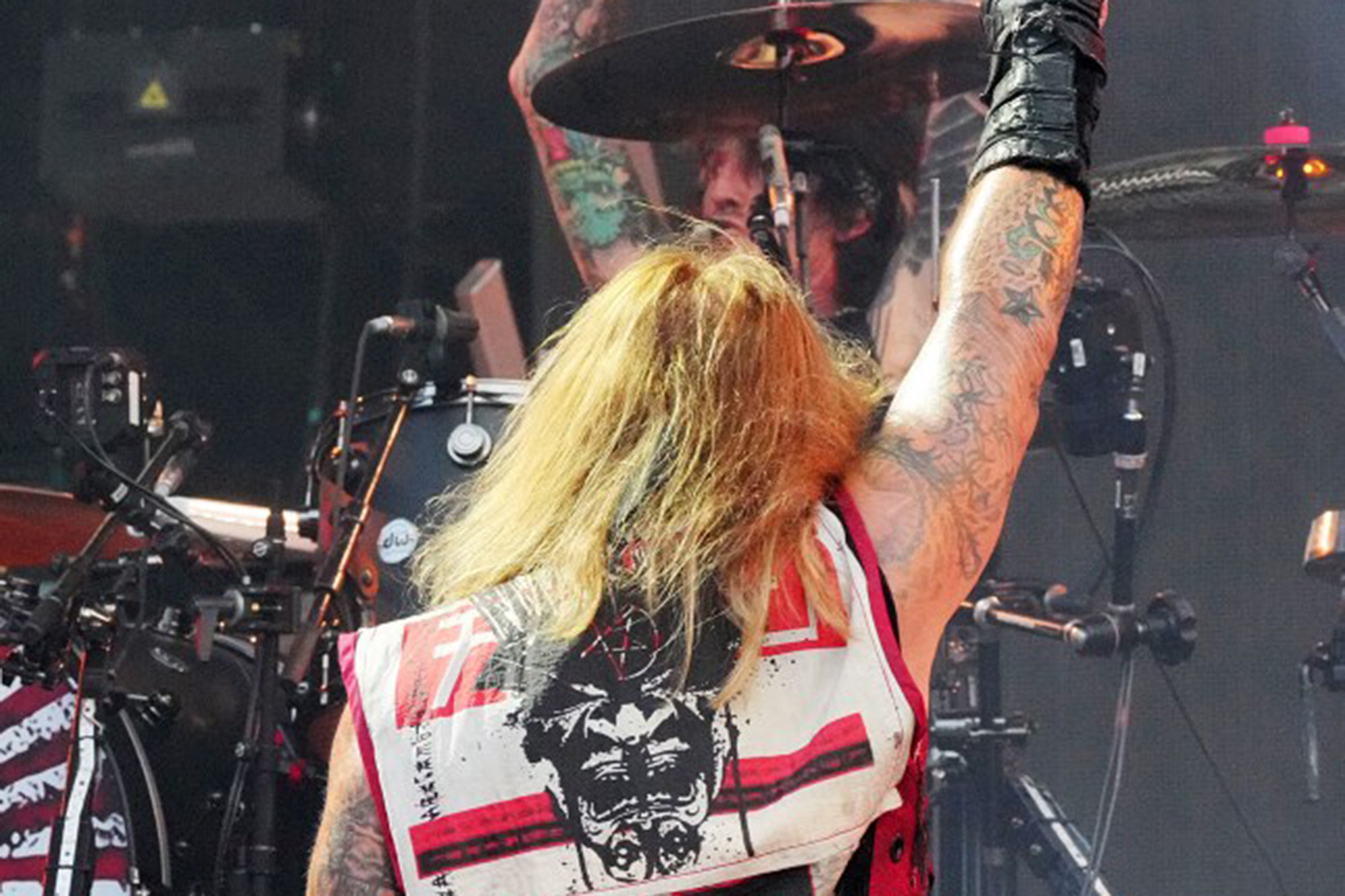 The electric concert runs through the summer, with its final stop on Sept. 9 at Allegiant Stadium in Las Vegas.