Manchester Mayor Andy Burnham has backed striking rail workers as he demanded Keir Starmer spells out what he stands for.

The Labour ex-MP fuelled speculation he is ‘on manoeuvres’ for a leadership bid as he said staff seeking double-digit pay rises have the ‘right’ to bring the country to a standstill.

While Sir Keir has desperately tried to avoid taking a position on the looming industrial action, Mr Burnham said he would not ‘demonise the workers’.

He told BBC Radio 4’s PM programme: ‘I will never be the kind of politician that criticises anybody for fighting for their income, for their family, to pay the rent. It is entirely their right in difficult times to do that. 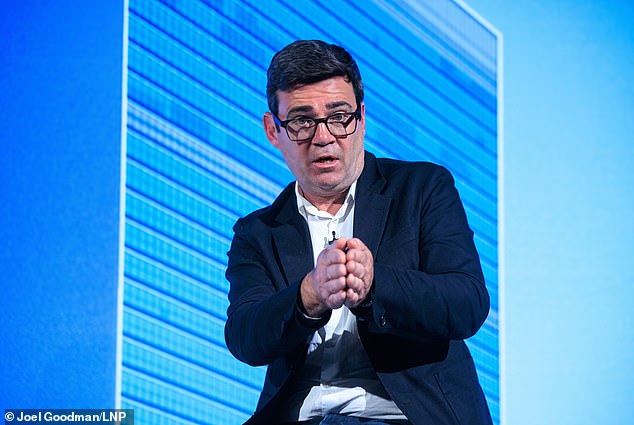 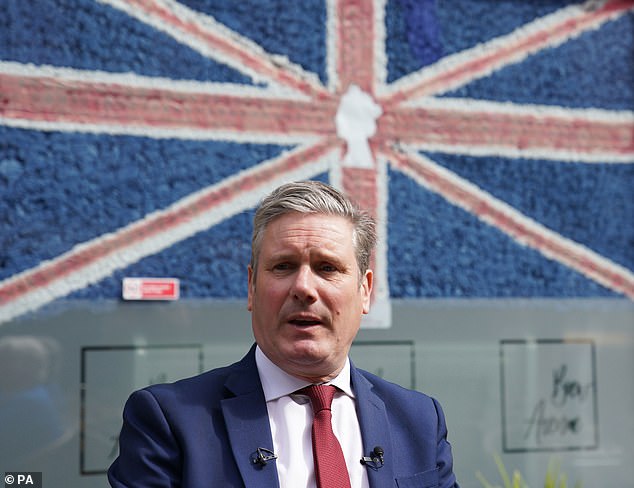 While Sir Keir (pictured in Wakefield this week) has desperately tried to avoid taking a position on the looming industrial action, Mr Burnham said he would not ‘demonise the workers’ 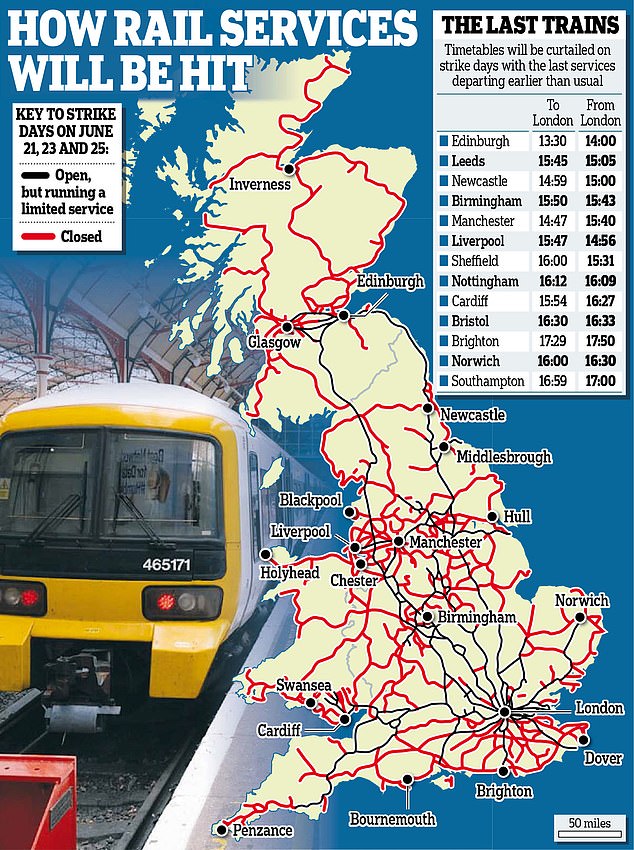 ‘I don’t think Labour politicians should fall into the trap of criticising workers that are fighting for their incomes in the middle of a cost of living crisis.

‘Everybody should turn their fire on the people who can fix this – and that is the government.’

Mr Burnham also delivered a stinging attack on Sir Keir, who has been facing growing disquiet in his own ranks about his lacklustre performance and lack of a coherent policy platform.

‘There can’t be much further delay now in saying ‘this is what we are about’ so that people can get the sense of where the next Labour government would go,’ Mr Burnham said. ‘That really does have to happen at the annual conference in Liverpool. I would have said it should have started more last year.’

Next week is set to be blighted for millions of people when rail workers across the country go on strike.

There will be minimal services on a swathe of lines, with commuters urged to stay at home.

Unions have been demanding double-digit pay rises to match RPI inflation, even though the industry is already relatively well-paid and required massive taxpayer bailouts to stay afloat during Covid.

The Bank of England has been pleading for people to show restraint over pay rises to avoid making inflation even worse.

In a round of interviews this morning, business minister Paul Scully said the strikes ‘risk people’s livelihoods’ at a ‘fragile’ time for personal finances.

He also urged London Mayor Sadiq Khan to lift the congestion charge and stop non-essential roadworks on the strike days. 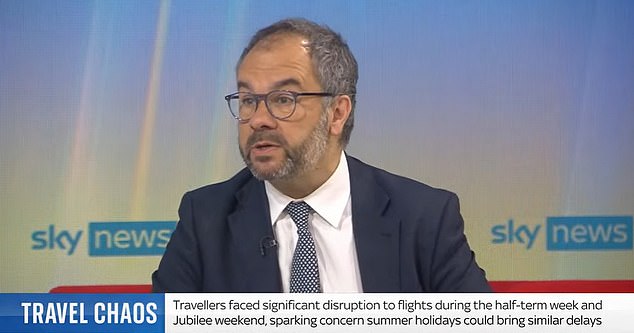 In a round of interviews this morning, business minister Paul Scully said the strikes ‘risk people’s livelihoods’ at a ‘fragile’ time for personal finances

Speaking on LBC, he said: ‘If you’re going to strike you risk other businesses, other people’s livelihoods, but also the rail system up and down the country, including in London.

‘Because we are at a point where we are trying to get people back into work and it’s fragile – any excuse to stop people travelling really does affect the fare box and the financial viability of the rail service.

‘We don’t want to risk anybody’s job so please get around the table, it’s not helping anybody.

‘What I would also call for though, is assuming that the rail strikes do go ahead, that in London the mayor lifts the congestion charge and stops non-essential roadworks on those strike days to make it easier for people to go about their business and get into work.’