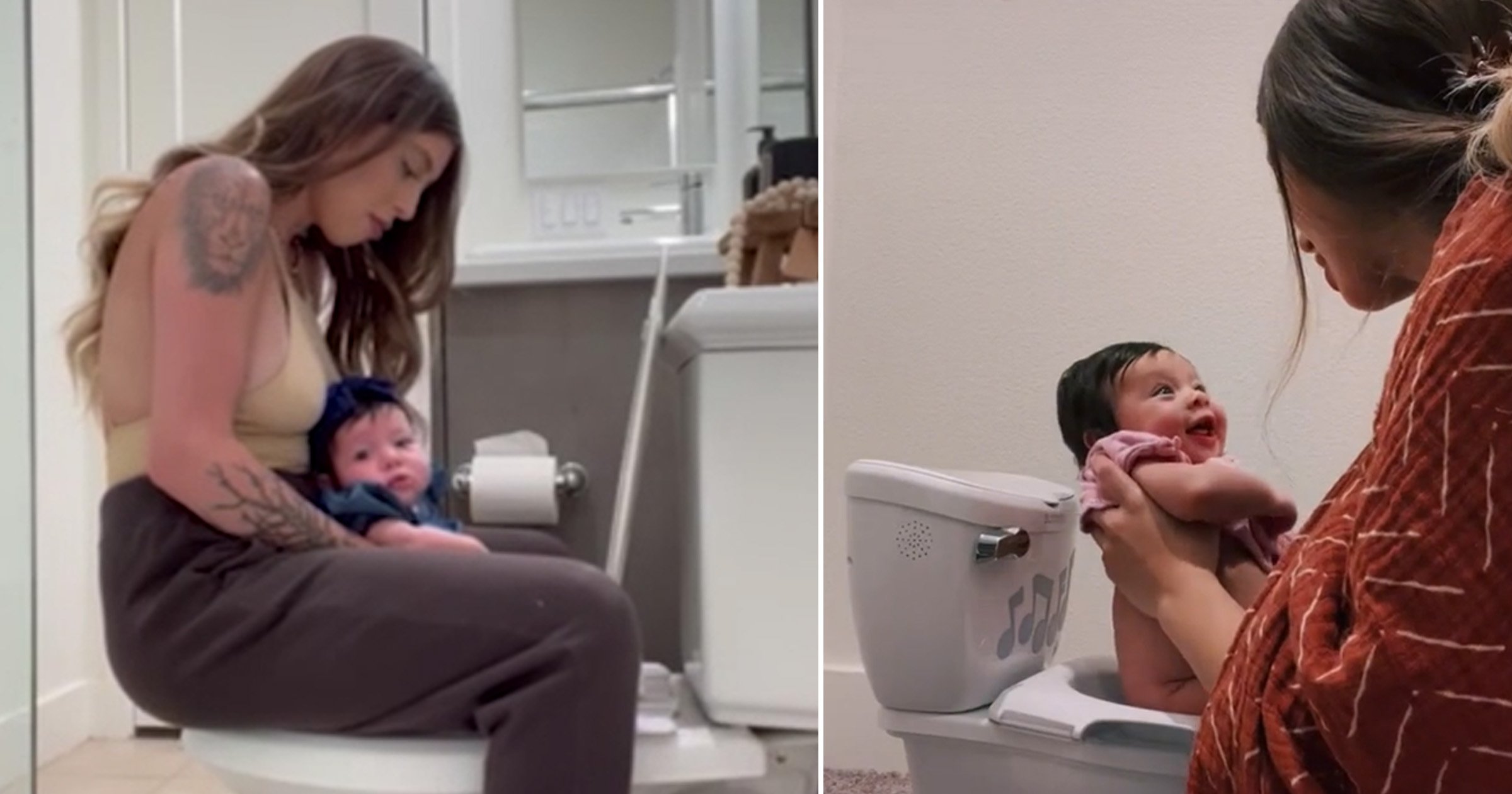 Why go through the faff of a potty when you can go straight for the toilet?

The new mum, 26, decided to start toilet training her baby when she was just eight weeks old, using a theory called ‘elimination communication’ – based on the idea that babies will naturally signal when they need to go to the loo.

Alexis says it’s been a major success, and now, at four months old, Aya can sign when she needs to pee.

Alexis, a physical therapy assistant, from Rancho Cucamonga, California, US, said: ‘I had seen parents try toilet training from a very young age even before I was pregnant and I always wanted to try it.

‘When I got pregnant I had totally forgotten about it and then a couple of months after I had her I randomly remembered it and I started doing research and everything aligned with the method – it just made sense.’

The elimination communication method is based on the idea that babies will naturally sign when they need to go to the loo, and parents just need to figure out this signal.

Once parents have worked out their child’s cue – this could be showing a card or making a symbol – parents can position them over a potty or toilet.

Alexis says the first time she tried the technique, it worked: Aya used the toilet with no problem.

The mum-of-one said: ‘Ever since then we have not stopped once, every day she gets more consistent with it and understands it better.

‘Aya will be turning five months old on September and for the first time around two weeks ago, she did sign language to me, without me asking her if she needed to go.

She said: ‘There are a lot of benefits to children knowing how to communicate before they are verbally able.

‘Mainly, because they are available to demonstrate their needs and they are emotionally aware – meaning they are less likely they are to throw a tantrum or feel emotionally misunderstood.

‘Obviously Aya isn’t able to talk yet but she is able to understand and it can teach her how to use her voice.’

Alexis says the key to the method is consistency.

She said: ‘If I am taking her to the toilet for a full day and not showing her the card or signing to her, I am sure it would throw it off her schedule and understanding.

‘Just because she is so little, consistency is the most important thing, I carry the card wherever we go and show it to her.

‘The main thing I try to explain to people is it is not about diapers and my baby being potty trained before other babies – because a lot of people are asking about this and asking why I would even do this.

‘She is so much more content and happier because babies sitting around in poop is something they do not enjoy – they cry, they scream and it smells and you can tell by how they are crying.

‘But when Aya goes on the toilet she is smiling and content and after she is done on the toilet, she is so calm, there is no crying involved.’