Close to one in five properties in apartment-heavy neighbourhoods such as Ryde and Strathfield in Sydney and the Melbourne CBD and Stonnington are selling at a loss, new figures show.

Nervous investors and first home buyers have been turning away from cookie-cutter high-rise towers and choosing boutique unit blocks where possible, mindful of the high-profile cracking Opal Tower and the desire for open space through the pandemic. 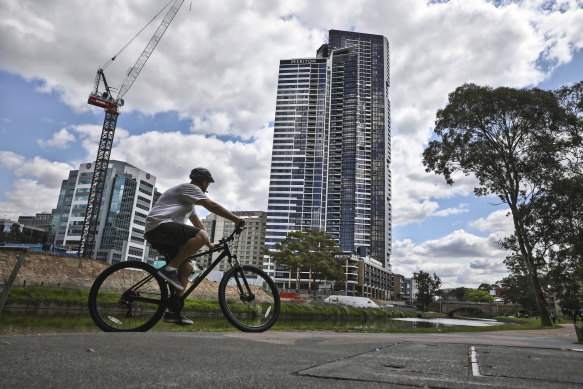 In neighbourhoods such as Parramatta, some properties are selling at a loss.Credit:Ben Rushton

A wave of new apartment supply in these areas in recent years is leaving some sellers with little choice but to accept less than what they paid.

In the Ryde local government area, 21.2 per cent of properties sold in the June quarter traded at a loss, the CoreLogic Pain and Gain report shows, followed by the LGAs of Strathfield (19.6 per cent) and Parramatta (19.1 per cent).

There were fewer loss-making sales in the Brisbane council area (7.1 per cent) and more in the City of Perth (55.7 per cent).

Loss-making sales are rare overall. Sellers made a profit on 93.8 per cent of resales in the June quarter across Australia, edging back from 94.1 per cent in the three months to April as the property market started to weaken and interest rates rose.

It comes after the Productivity Commission last week said housing would be more affordable if more homes were built.

Buyer’s advocate Zaki Ameer has noticed an oversupply of units in suburbs such as Homebush and Homebush West in the Strathfield LGA, as well as further west in Sydney.

“Anything within a five-kilometre radius of the Sydney CBD, there’s still strong demand for units, it’s more the outer areas (that are losing value),” the Dream Design Property founder said.

“There was quite a bit sold off the plan that is settling this year and there are valuation shortfalls on those units now compared to what people would have paid at the peak, because banks are pulling back on valuations.”

He tells buyers to negotiate on price as the market falls. Separate figures from CoreLogic on Monday show overall Sydney home values are down 9 per cent since peaking, while Melbourne has fallen 5.6 per cent, Brisbane is down 4.3 per cent and Perth has fallen 0.6 per cent.

Belle Property Strathfield’s Norman So said the unit market in his area had dropped during 2020 and 2021 but prices had started to rise again.

“Buyers are prepared to pay, not the peak of the market, but a hybrid figure,” he said. 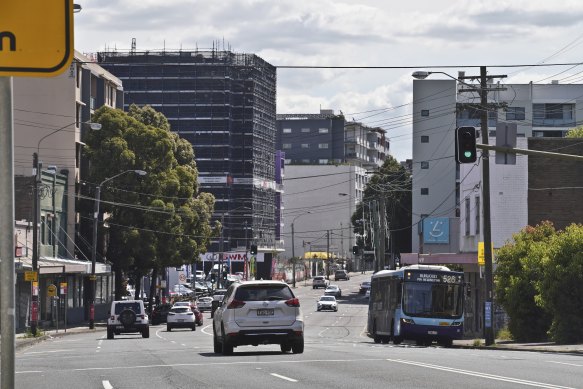 Some property owners in the Strathfield area are not reselling for a profit.Credit:Ben Rushton

Demand is stronger for older-style red brick apartments and brand new completed buildings than for blocks that are about five years old, So said.

“The ones in the middle that are relatively new, they’re the ones they are very picky on because of the news coverage,” he said, citing the Opal Tower cracks. He has advised potential buyers to check strata reports.

Melbourne’s CBD has recorded loss-making resales for years after a wave of new investor-grade supply was completed and sold to international investors, but the picture can be different for older-style blocks.

Harcourts Melbourne City director Dionne Wilson said: “Our local audience doesn’t particularly have an appetite for these big, high-rise new builds”, such as buildings from the past 20 years hit by higher international stamp duty charges pre-pandemic. 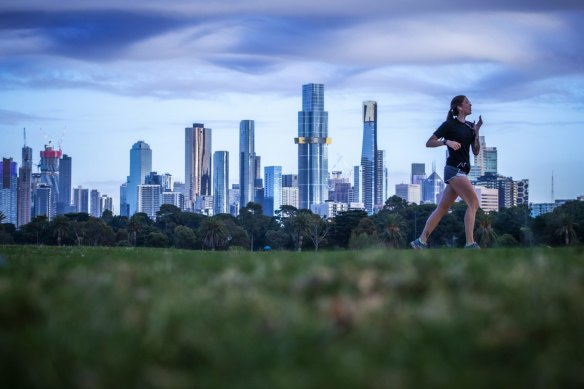 Melbourne CBD investor-grade apartment resales have been challenged for some time.Credit:Wayne Taylor

These buyers were more likely to demand heritage pads that were rarer and came with character, charm, high ceilings and larger proportions, she said.

Wakelin Property Advisory director Jarrod McCabe said there was a lack of demand for high-rise apartments built in the past 20 to 25 years due to the rise of working from home and even the crackdown on investor lending during the 2018 financial services royal commission.

“There probably hasn’t been that same confidence in the market, more because of the concern of getting locked down again,” he said. “Who wants to be stuck in a high-rise apartment?”

He looks for capital growth drivers: a strong underlying land component, scarcity value, and demand from a range of potential future buyers.

Quantify Strategic Insights principal Angie Zigomanis said a period of net negative overseas migration through the pandemic had put downward pressure on rents in areas where international students tended to live and that not all markets had since recovered.

Units in inner-city and middle-ring areas that lost international students were now starting to be filled with locals who wanted to move out of their share house or their parents’ home after lockdown and immigration had started to pick up this year.

Once rental growth started to accelerate, investors would look at buying apartments in these neighbourhoods again, he said.

“You need that continued strong population growth to keep occupying those apartments,” he said.

Most Viewed in Property