NAPLES, Fla. – As Hurricane Ian plowed through Florida’s Gulf Coast, Michael Ross waded into rising floodwaters to save a furry friend in distress, prompting a viral video and thousands of dollars in donations.

As the storm arrived, Ross, 29, was with his family in Bonita Springs, he said. That’s when he saw the endangered kitten.

“We expected it to be flooded out, so we evacuated there to Bonita Beach where my parents live, right on the beach,” Ross said. “We were there when storm surge was up about 6 feet.”

Ross said he and his family looked out the window and saw the cat clinging on for its life.

“I was able to go out there and get it, and it’s a good thing I did,” Ross said. “After that video was taken, the water came up like another 6 feet. And that air conditioner he was sitting on was underwater.”

My boyfriend saving a cat from flood waters near Bonita Beach. #HurricaneIan#Naples#Bonita#FortMyerspic.twitter.com/BlBC9P1rdy

Ross said the winds and water washed the house away.

More: With grit and determination, wiener dogs race for glory and treats at Florida festival 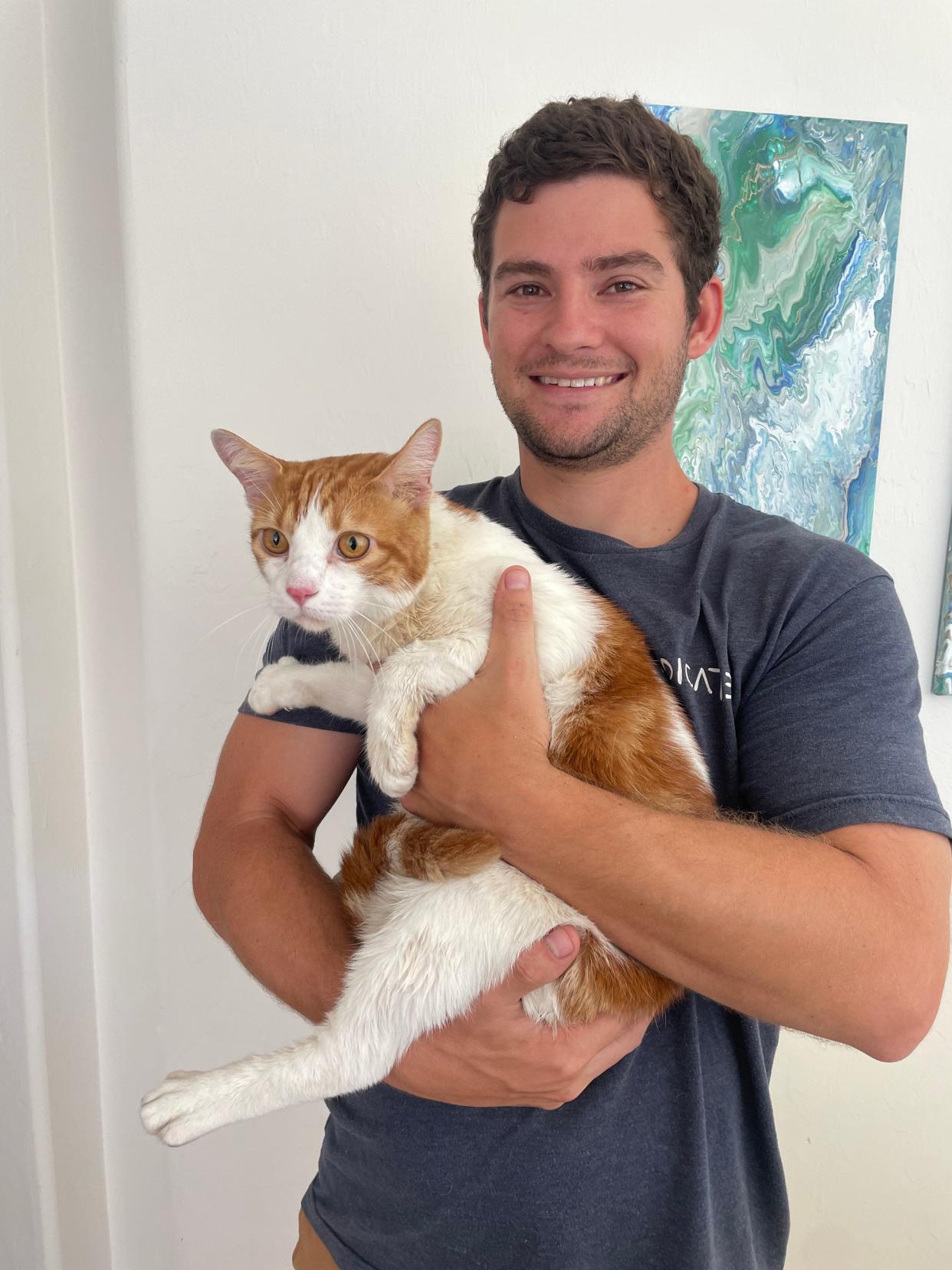 “The cat would have surely died,” Ross said.

The Ross family hasn’t been able to find the owner.

Unlike no other hurricane

“This one was by far the most terrifying,” Ross said. “Everyone considers the storm surge in terms of how high it’s gonna get. But no one really considers the force of the water moving.”

Ross was staying at his parents’ house, which got severely damaged.

“It’s a wreck,” Ross said. “My parents’ house is unlivable for probably the next several months.”

Ross said he and his family expected the hurricane to be “bad, but not quite as devastating.”

“It’s like something you see on TV, and you never think it’ll happen to you until it does,” Ross said.

Ross said they didn’t seek attention with the video.

“This thing has gotten real popular and we’re trying to take advantage of that by raising money,” Ross said.

Cruz Scavo and Ross started a GoFundMe page to support displaced pets and people in need.

“I feel for the people that are in a worse situation,” Ross said.

Ross said other houses where his parents live, in the Bonita Beach area, are gone.

“It’s just important that everybody helps each other out, I think, right now.”