MANCHESTER UNITED have received a Raphael Varane injury boost with his early exit in the Manchester Derby not as bad as originally feared.

The Frenchman, 29, sustained an ankle injury at 1-0 in Sunday's 6-3 away defeat to Manchester City. 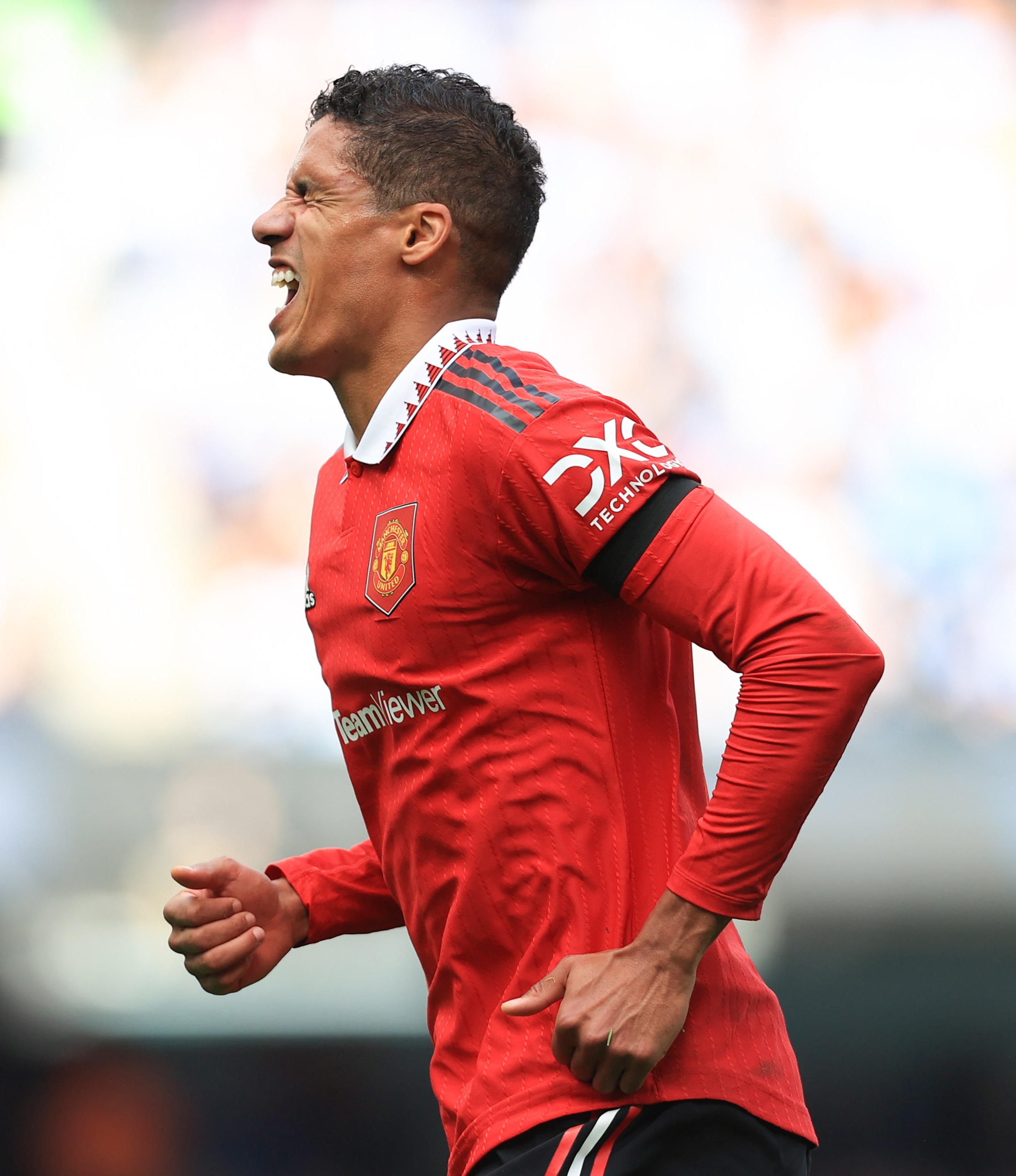 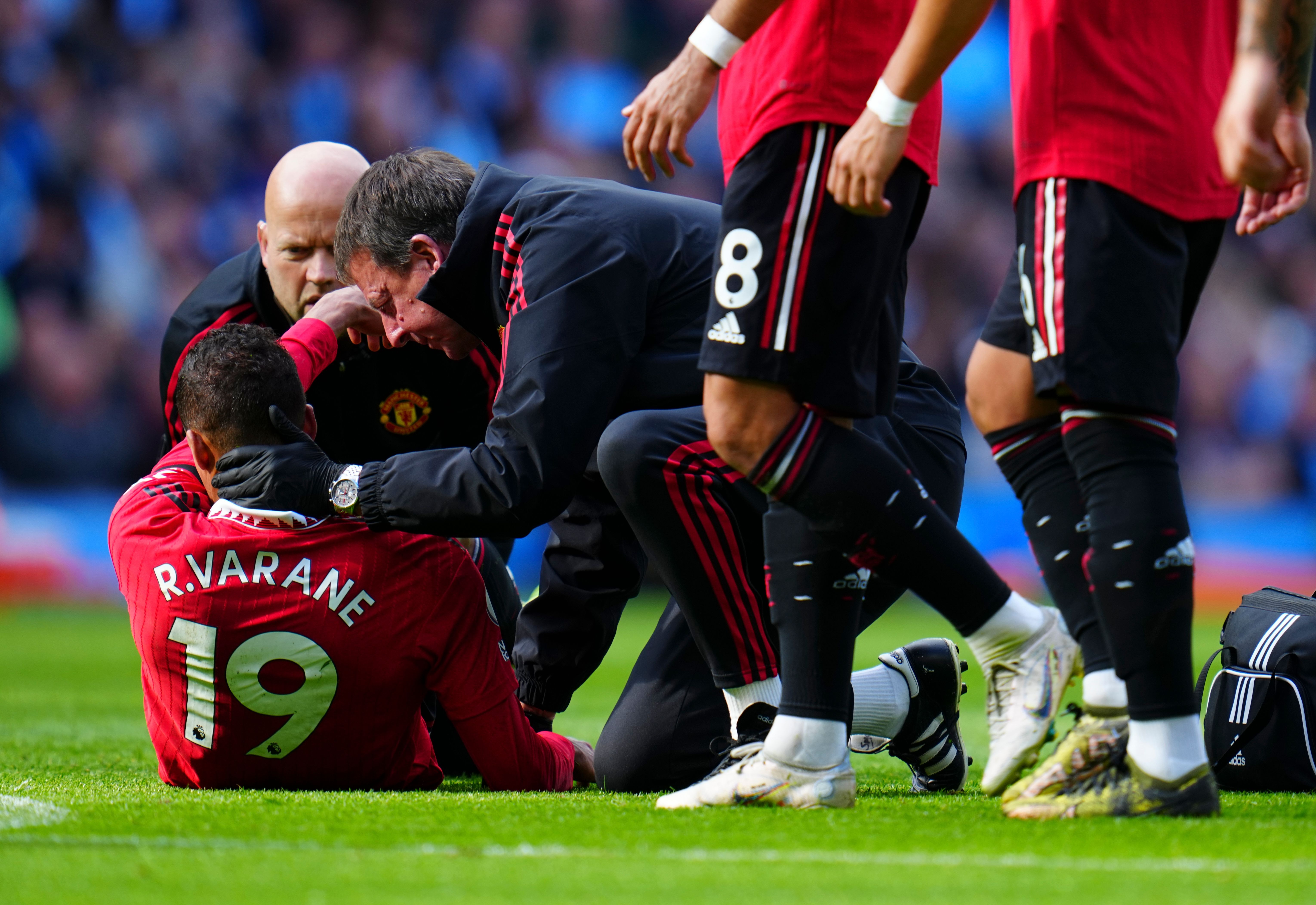 Varane was then off the pitch for Erling Haaland's first of the afternoon from a corner as he was receiving treatment.

He then limped off in the 40th minute with the Red Devils 3-0 down – but he did not go straight down the tunnel.

And according to the Manchester Evening News, sources say the injury is "not bad".

The player drove himself to Man Utd's training ground on Monday ahead of Thursday's Europa League group stage game against Omonia Nicosia. 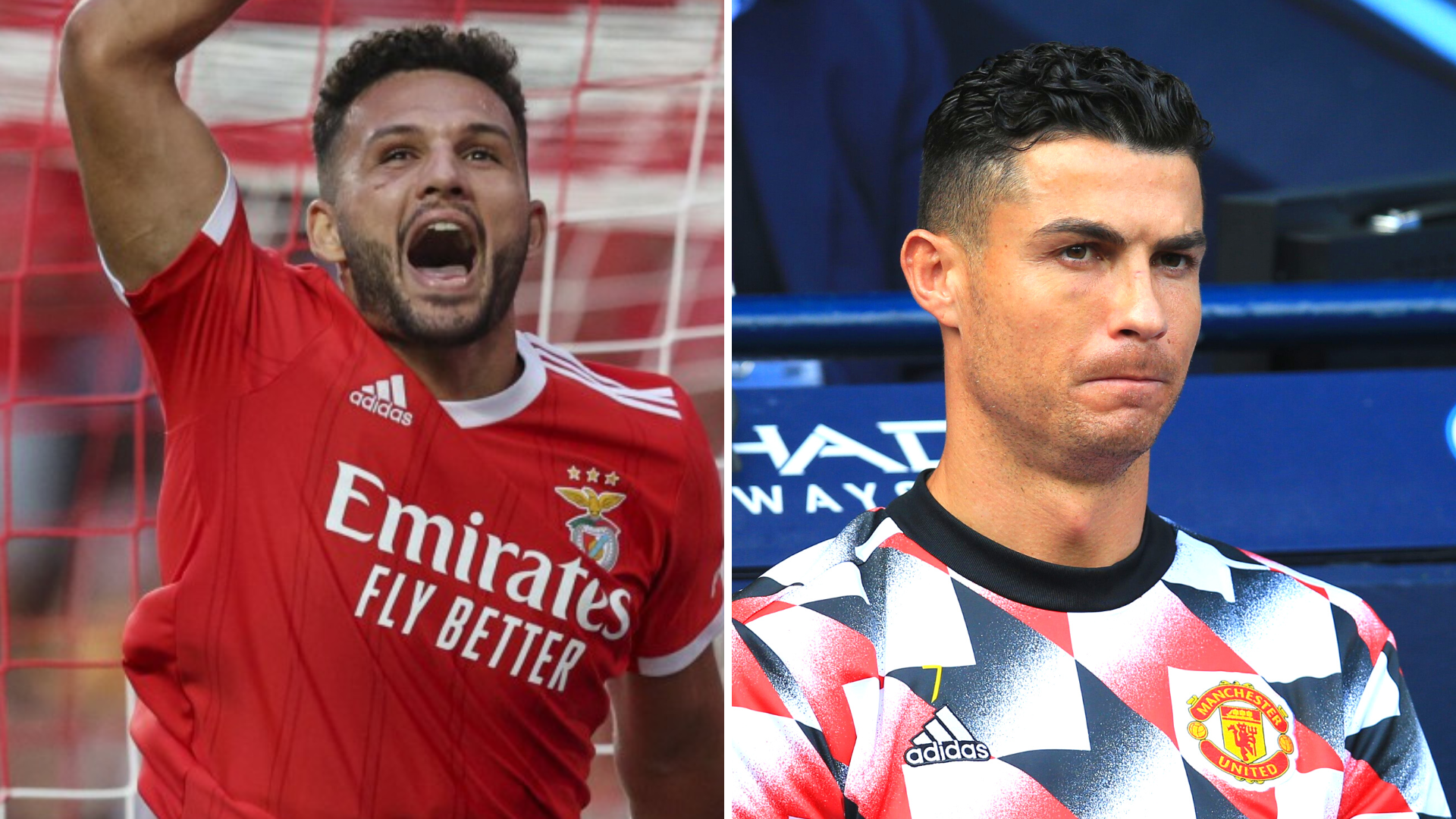 Boss Erik ten Hag will clarify nearer to the fixture whether Varane will be available to travel to Cyprus.

However, Varane may not be risked with a big league game against Everton coming up at the weekend.

After conceding six to City, Ten Hag said on Varane: "I don't think he would've carried on but, I must say, I had to get him off because when you are 4-0 down you don't want to take a risk to get a bigger injury. He couldn't carry on."

Swede Victor Lindelof replaced Varane at the Etihad and was unable to stop Haaland and Phil Foden from completing their hat-tricks.

The club captain suffered a thigh injury on international duty.

And Axel Tuanzebe's absence has been described as "long-term" by Ten Hag.