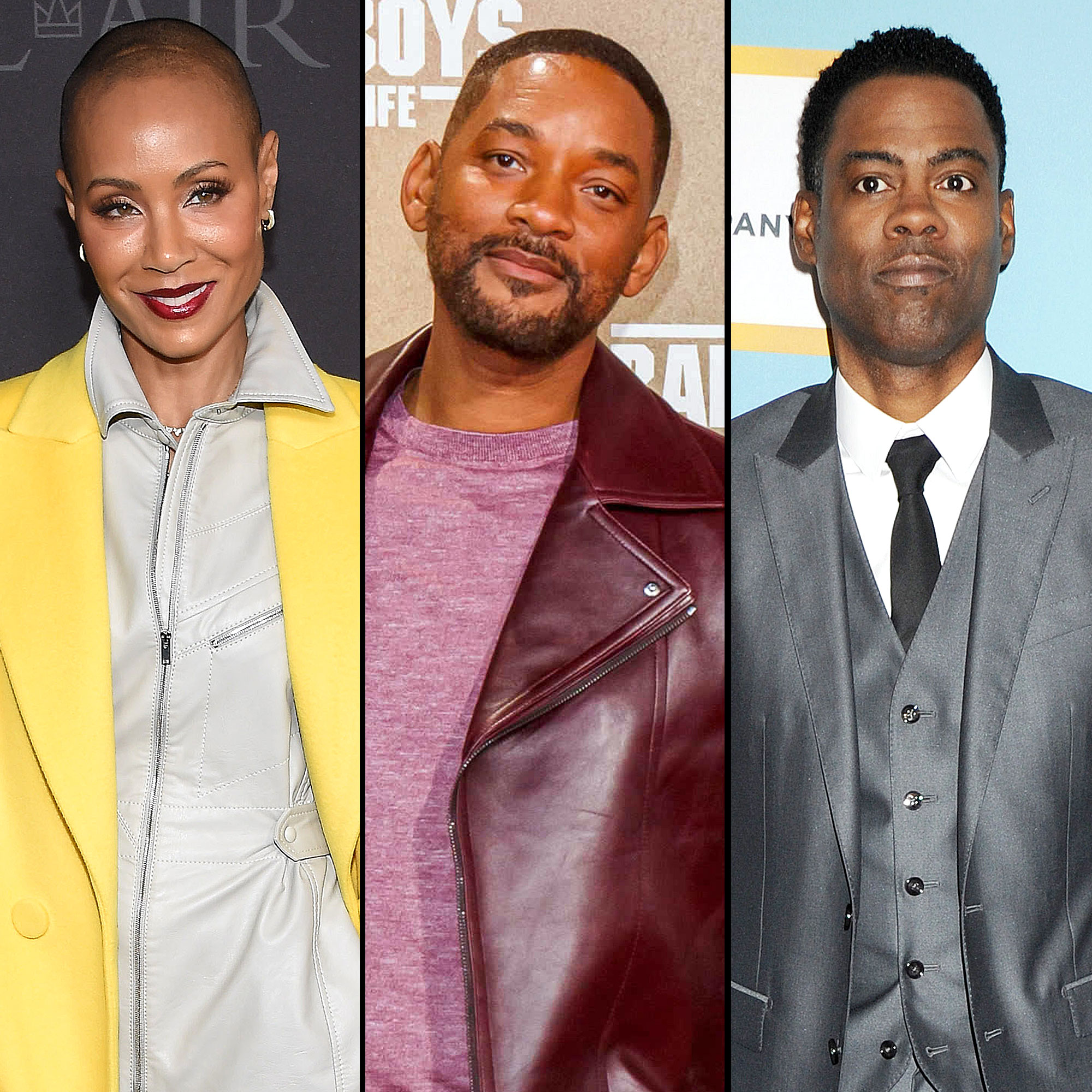 A new angle from the 2022 Oscars has viewers asking even more questions about Will Smith slapping Chris Rock. In footage taken from the floor of the Dolby Theatre in Los Angeles, Jada Pinkett Smith appears to laugh at her husband’s scuffle with the comedian.

Will Smith and Chris Rock’s 2022 Oscars Incident: Everything to Know

In the viral video shared via TikTok, the 50-year-old actress is giggling as Smith, 53, makes his way back to his seat and Rock, 57, says, “Will Smith just smacked the s—t out of me.” Things get tense again after the King Richard star yells, “Keep my wife’s name out of your f—king mouth.”

After the Everybody Hates Chris creator replies, “Wow, dude. It was a G.I. joke,” Smith screams the demand again.

Viewers of the 94th annual Academy Awards saw the Fresh Prince of Bel-Air alum hit Rock after the Grown Ups star made a joke about Pinkett Smith, who has alopecia, starring in a sequel to G.I. Jane. She rolled her eyes when he initially made the joke and uncensored footage from the incident subsequently surfaced and revealed the words exchanged between Smith and Rock after the slap.

While Smith went on to accept the best actor Oscar, the Academy since has claimed that they attempted to remove the Will author from the ceremony, but he “refused.” 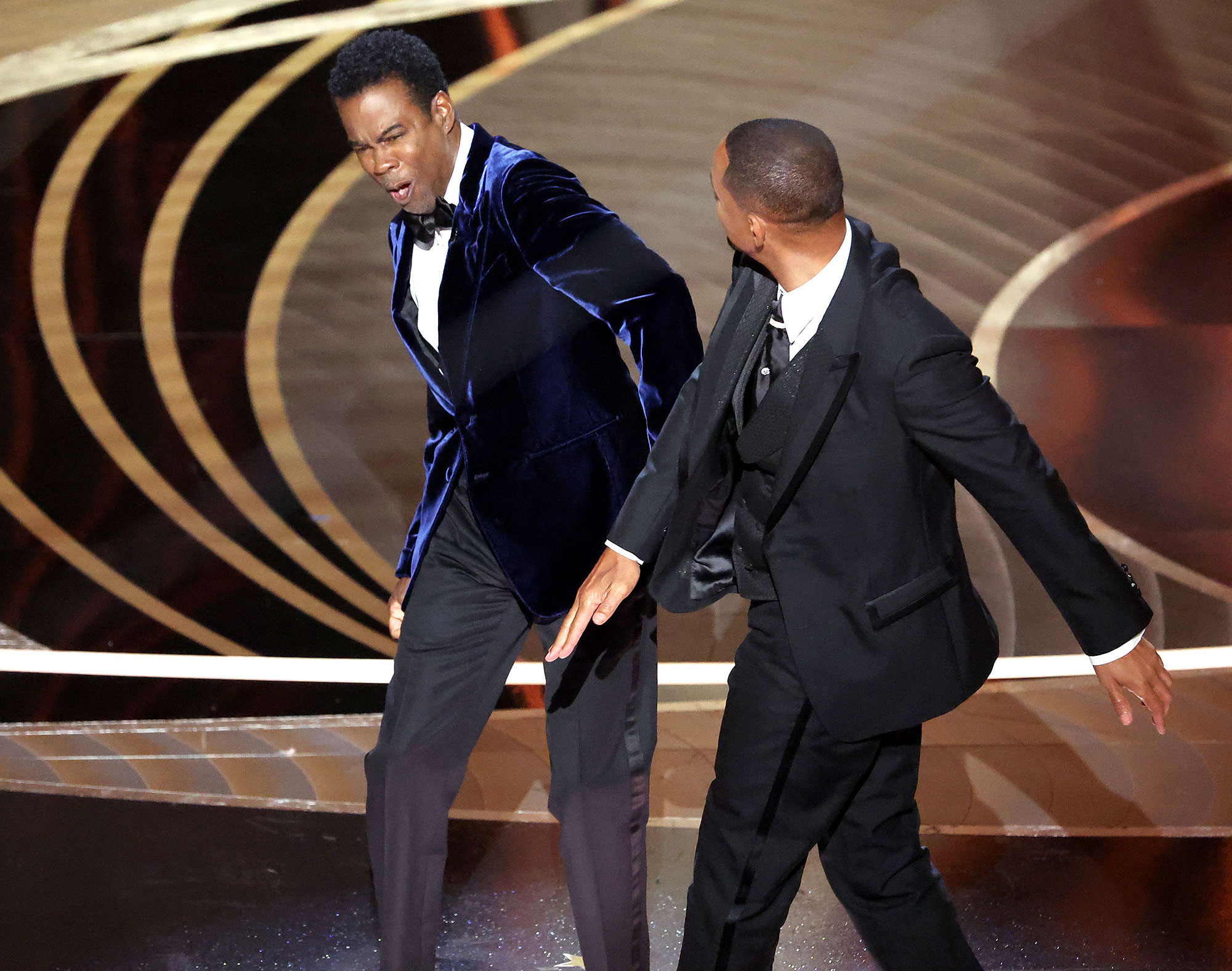 “Mr. Smith’s actions at the 94th Oscars were a deeply shocking, traumatic event to witness in-person and on television,” the Academy of Motion Picture Arts and Sciences said in a Wednesday, March 30, statement via the Associated Press. “Mr. Rock, we apologize to you for what you experienced on our stage and thank you for your resilience in that moment. We also apologize to our nominees, guests and viewers for what transpired during what should have been a celebratory event. Things unfolded in a way we could not have anticipated. While we would like to clarify that Mr. Smith was asked to leave the ceremony and refused, we also recognize we could have handled the situation differently.”

Smith, meanwhile, apologized on Monday, March 28, after celebrating his win with his family at the afterparty.

“Violence in all of its forms is poisonous and destructive. … I would like to publicly apologize to you, Chris. I was out of line and I was wrong,” he wrote via Instagram. “My behavior at last night’s Academy Awards was unacceptable and inexcusable. … I was out of line and I was wrong. I am embarrassed and my actions were not indicative of the man I want to be. There is no place for violence in a world of love and kindness. I would also like to apologize to the Academy, the producers of the show, all the attendees and everyone watching around the world.”

Rock, for his part, returned to the stand-up stage for two shows in Boston on Wednesday, March 30, telling the crowd at the first show that he was still “processing” what happened. During his second show, he reportedly hinted that Smith hadn’t privately reached out. Earlier on Wednesday, Us Weekly exclusively reported that the two men had not been in touch since the controversy.