A life-changing moment. During the season 2 finale of Outer Banks, Ward (Charles Esten) gets into a physical altercation with Sarah (Madelyn Cline) and nearly chokes her to death. Moments later, John B. (Chase Stokes) comes to her rescue and begins fighting Ward.

‘Outer Banks’ Season 2: Everything We Know

In a full-circle moment, John B. punches Ward and he falls on his neck on the edge of their boat. As he bleeds out, John B. grabs him, threatening to push him over the edge and into the water — exactly what Ward did to John B.’s dad (Charles Halford), leaving him to drown. With tears in his eyes, John B. turns to see Sarah and chooses not to end her father’s life.

“I really loved it so much. It shows the next-level writing that we get,” Esten, 55, told Us Weekly exclusively. “There was a moment where Ward was over Big John, who was grievously wounded, what did he do? And now there’s a moment where John B.’s over Ward and what does he do? And in that moment, what you do is who you are. And so they each show who they are in that moment and everything that comes from that derives from that moment.” 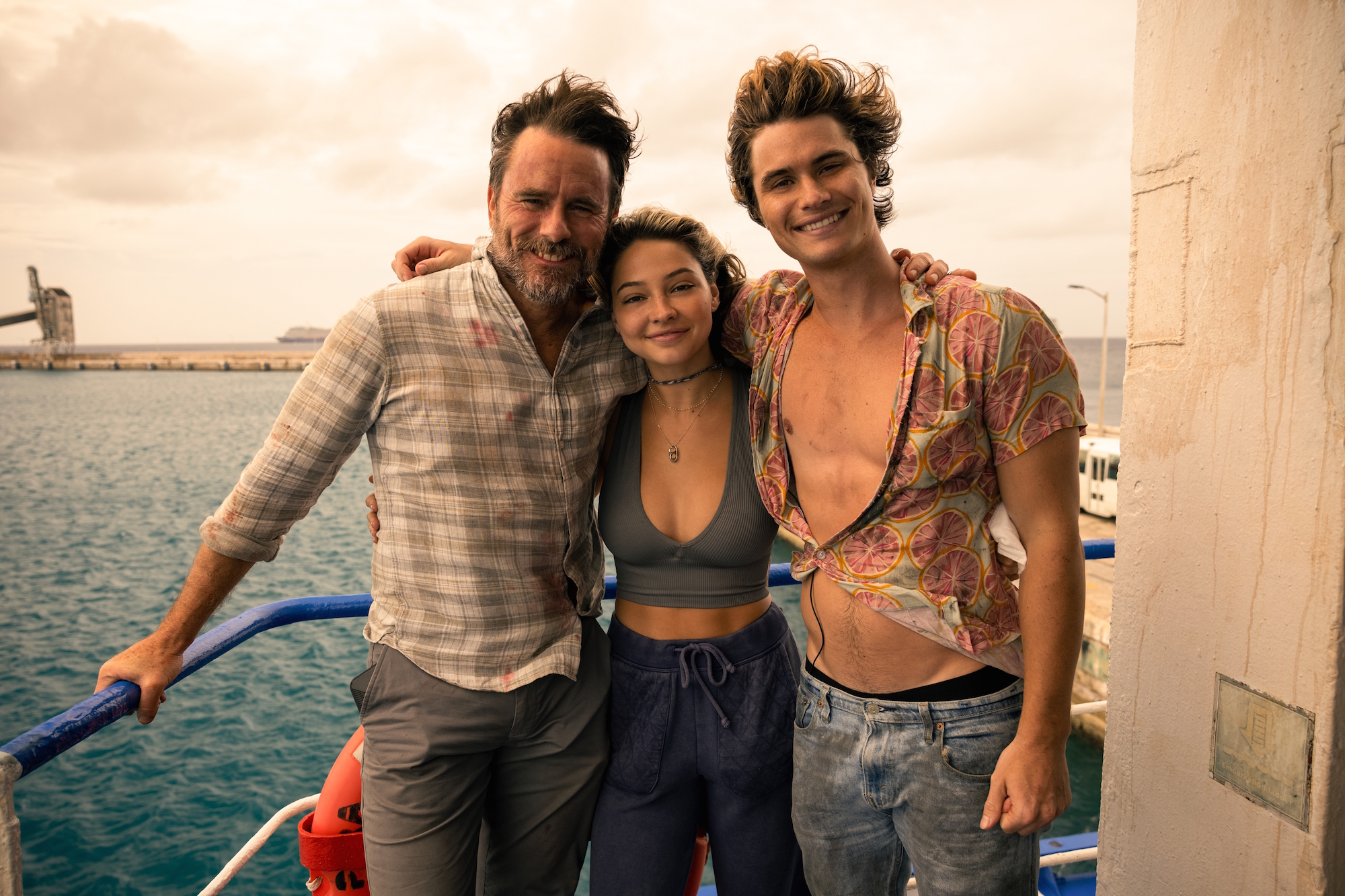 Of course, John B.’s moment is a bit different, since he has his girlfriend, who he has vowed to protect, at his side.

“That’s a really amazing moment where he’s like, ‘What’s more important to me? My anger? My revenge?’ It’s very Star Wars,” the Nashville alum said of John B. looking at Sarah. “What’s more important now? Is it my dark side? Do I satisfy my dark side in this moment? Or — she’s my light. She’s my light side. Do I go in that direction? That’s what those decisions are all about. That’s why he’s our hero and [Ward] is not.”

‘Outer Banks’ Cast’s Love Lives: Who the Stars Are Dating in Real Life

The big cliffhanger, of course, is that John Routledge isn’t actually dead after all. In the final moments of the season, Elizabeth Mitchell‘s Limbrey shows up in the Bahamas.

“You wrote to me about the shroud,” she tells Big John. He then responds, “I know where it is. I can help you. But you have to help my son.”

As for what that means for a potential season 3, Esten’s guess is as good as any fan’s.

“I don’t believe [the writers] know. I love that about them,” the Whose Line Is It Anywhere? alum said. “It’s almost, like, if Houdini did a magic trick and goes, ‘OK, I’m going to put myself in this straight jacket and hang myself upside down by this chain, and this train is coming,’ and people go, ‘How do you get out of it?’ And he goes, ‘I don’t know. I haven’t figured that part out yet!’”

That said, he was shocked by Big John’s fate — and can’t wait to see what’s next.

“He just crossed a real rubicon here of what he just did to Sarah,” Esten said. “What’s exciting is it could go anywhere. He could either double, triple down and just become off the charts unhinged or I wonder — and that’s what’s so fun about Ward — there’s a part where he could also go, ‘What has happened here?’ And I don’t know what that would look like. But they’re going to need saving some time! What if Ward came along?”