Delete my number! Singletons reveal the hilarious and cringeworthy texts from their exes – including one desperate man who wanted to meet up to hand over a sock

A series of hilarious messages between exes from around the world have been shared online, showing why sometimes it really is better to have a clean break.

Posting the hilarious and cringeworthy texts on TextsFromYourEx, one former lover shared a conversation where she insisted she did not want to read a letter from her ex.

Some argued about whether to return items, other hopeful former flames asked why their number had been deleted or blocked.

One insecure ex asked his former partner if a piece of his anatomy really was ‘big’ like she had said. 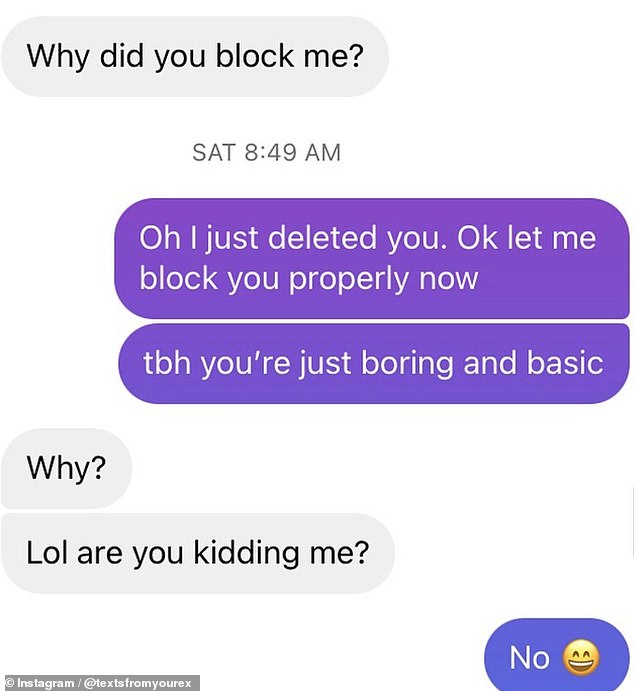 Unrequited love: This former flame didn’t understand why he was being shunned – until their ex spelt it out 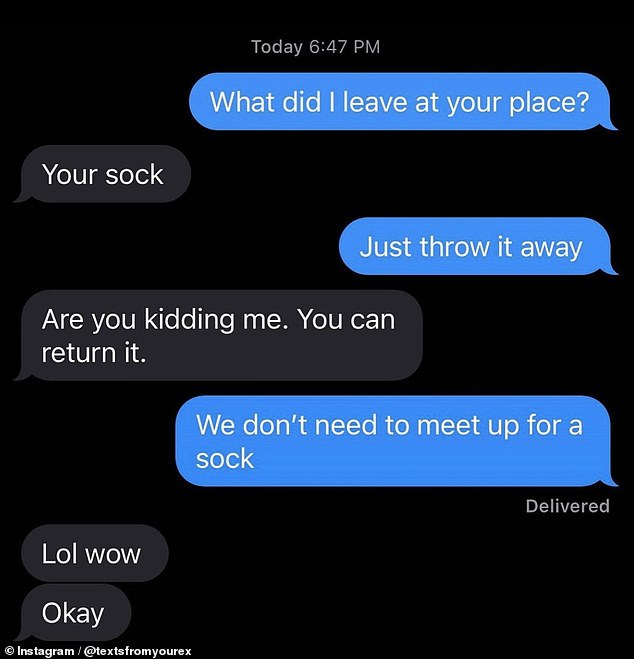 Opposites attract: Or in some cases, they don’t. This former couple argued over whether a sock was worth meeting up for 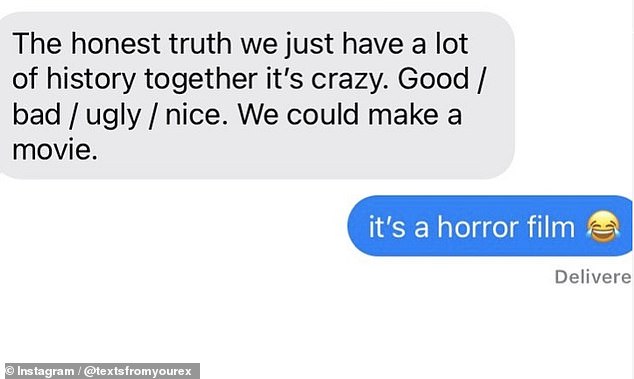 Hopeful nostalgia: This former flame attempted to stir some longing in their ex – but it failed to work 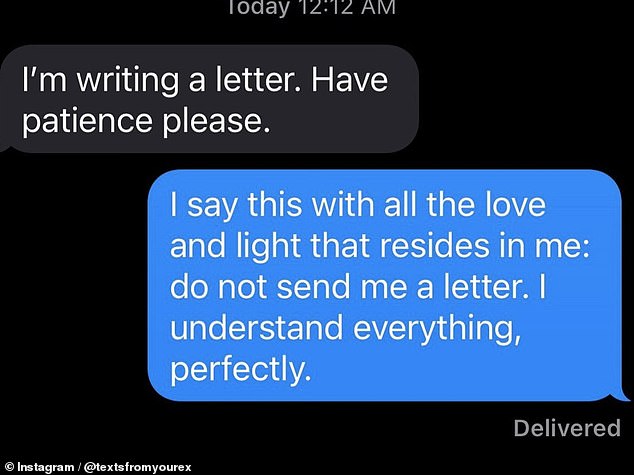 Heart break: This ex pleaded for patience, but their former lover clearly wasn’t interested and did not want a letter 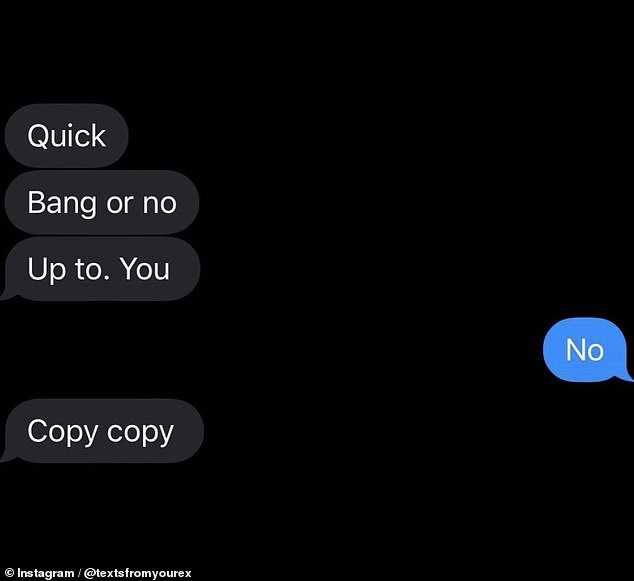 Who says romance is dead? This ex was hopeful for a quick hook-up but got quickly slapped down 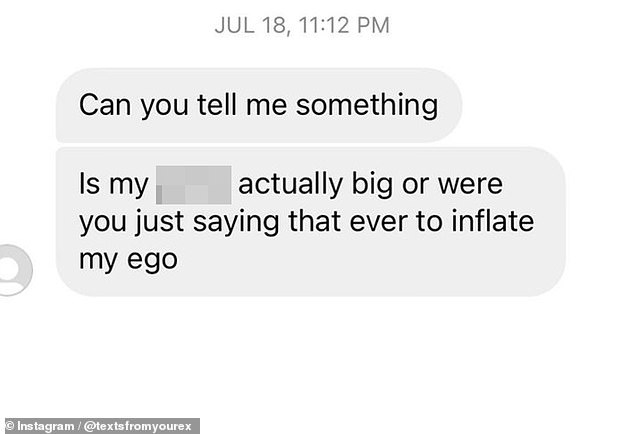 Insecure: This man wanted to know if what his ex-partner said about his body was true. Kindly, she didn’t reply 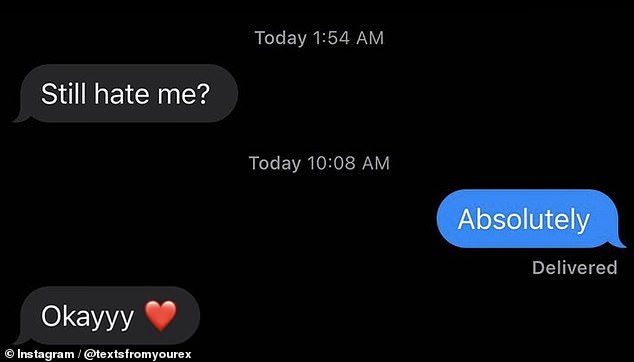 Short but sweet: This ex was hopeful the answer was no when asking if they were still hated, but they got slapped down with the truth 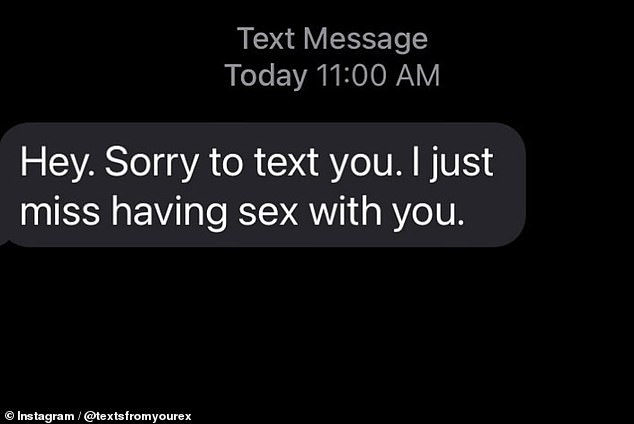 Honesty is the best policy? This person wrote how they felt, but perhaps unsurprisingly it didn’t elicit a response 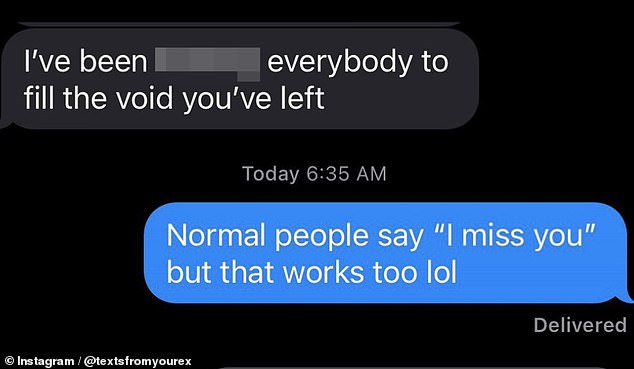 This ex attempted to reach out with an emotive confession which may have revealed too much, too soon 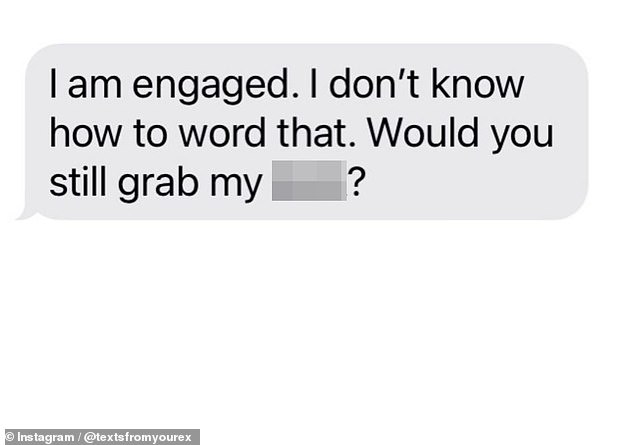 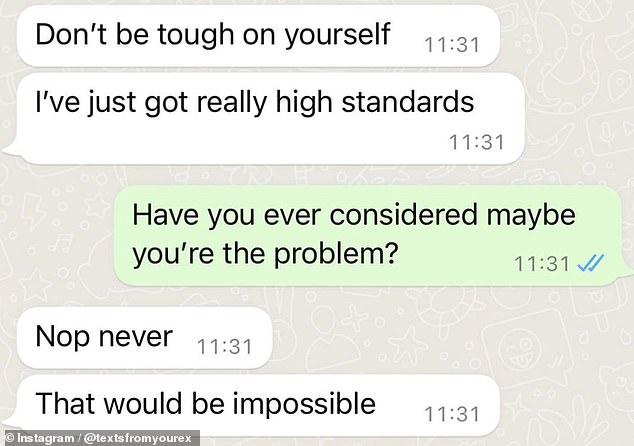 One ex attempted to reassure their former flame that they’re not the problem, their ‘really high standards’ are 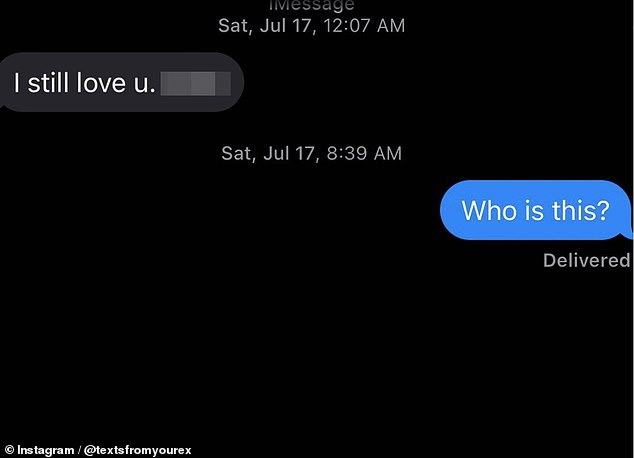