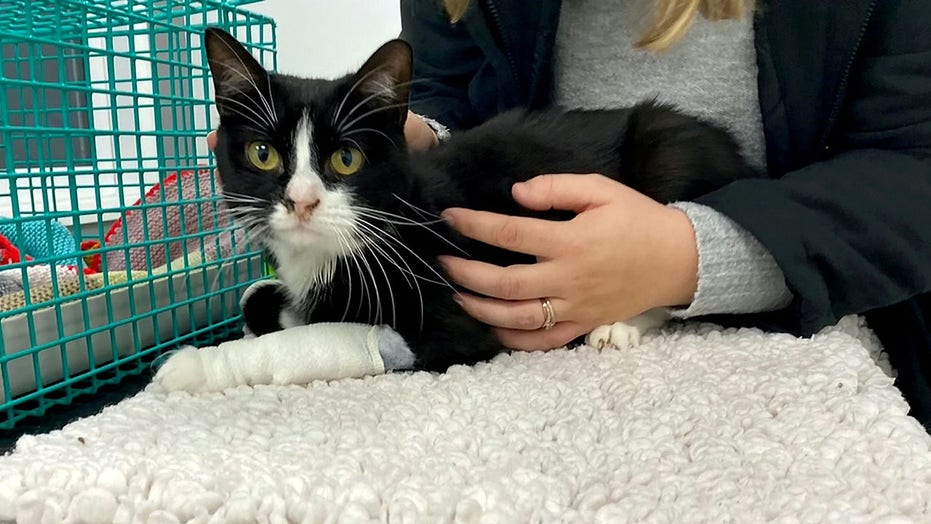 Fortunately, this cat still has all nine of its lives.

A family in the United Kingdom says that it’s unbelievable that their beloved pet cat was returned to them. Not only had the animal been missing for two months, but it was eventually found stuck in a very dangerous situation. 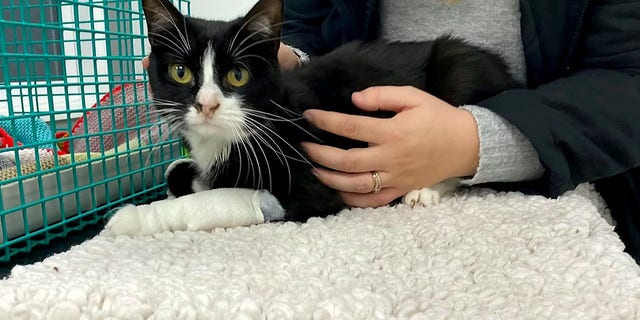 Thor spent two months trapped under the floorboards of a house under construction.
(SWNS)

Bianca Burchett spoke with South West News Service (SWNS) about losing and regaining her pet cat, Thor. Over two months, she knew something was wrong when he didn’t return home one day. According to her, he was never out for more than an hour at a time.

“We had 300 flyers printed and put them up all over the neighborhood, we knocked on doors and I was always out walking, with my five-month-old baby in the carrier in front of me, searching for him,” she explained to SWNS. 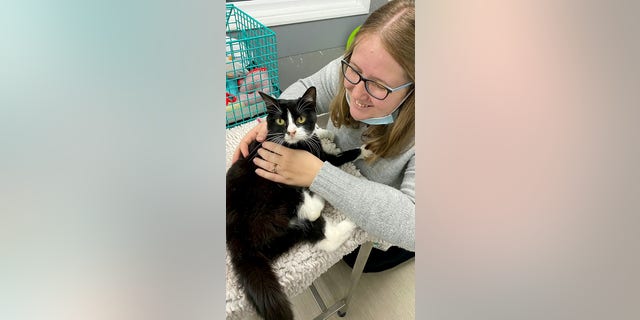 Eight weeks after Thor went missing, a builder working on a house across the street came by Burchett’s house and informed her that his crew had found Thor.
(SWNS)

Eight weeks later, however, a builder working on a house across the street came by Burchett’s house and informed her that his crew had found the cat. Thor had seemingly become trapped under the floorboards of the house they were working on.

“When I walked in (to the house), the builders were ripping up the floorboards and then they pulled out this tiny, painfully thin cat and I just burst into tears,” Burchett said. “Bless the builder, though, he put Thor in a box, jumped in his van and drove him straight to St Anne’s, while I rushed home so we could follow him down.”

She continued, “The vets were very clear. They explained how close to death he was, that he might be brain-damaged and said, ‘Don’t get your hopes up,’ but we just couldn’t give up on our baby Thor. Three days after he was found, we were finally able to see him and give him a cuddle. My husband and I shed so many tears but it was all worth it.” 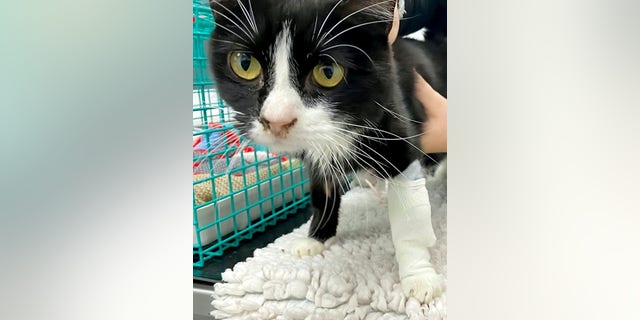 Thor spent seven months being treated, which included wrapping him in bubble wrap to keep him warm.
(SWNS)

According to doctors from the animal hospital, Thor was in terrible shape. One doctor said that he’d never seen an animal in that condition survive. Yet, after treating the cat for seven months (including covering the animal with bubble wrap to keep him warm), Thor has made an almost full recovery.

“To see him come back to life and watch him slowly return to being his usual self again has been incredible. I honestly don’t know how he made it,” Burchett said. “It really is amazing.”