The 29-year-old twin sisters coordinated their outfits, both integrating black and cream into their ensembles from designer Michael Kors.

Amelia and Eliza, who recently moved from Cape Town to London, are the daughters of Princess Diana’s brother Charles Spence and his first wife Victoria Aitken. 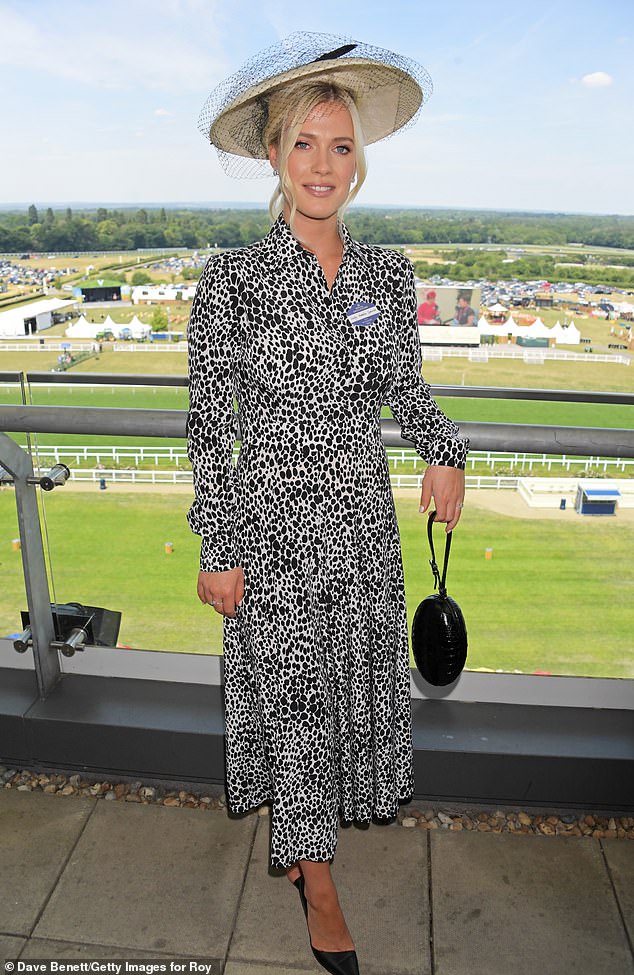 Lady Amelia Spencer, 29, one of Princess Diana’s nieces, was snapped today wearing a black and cream ensemble during the second day of Royal Ascot 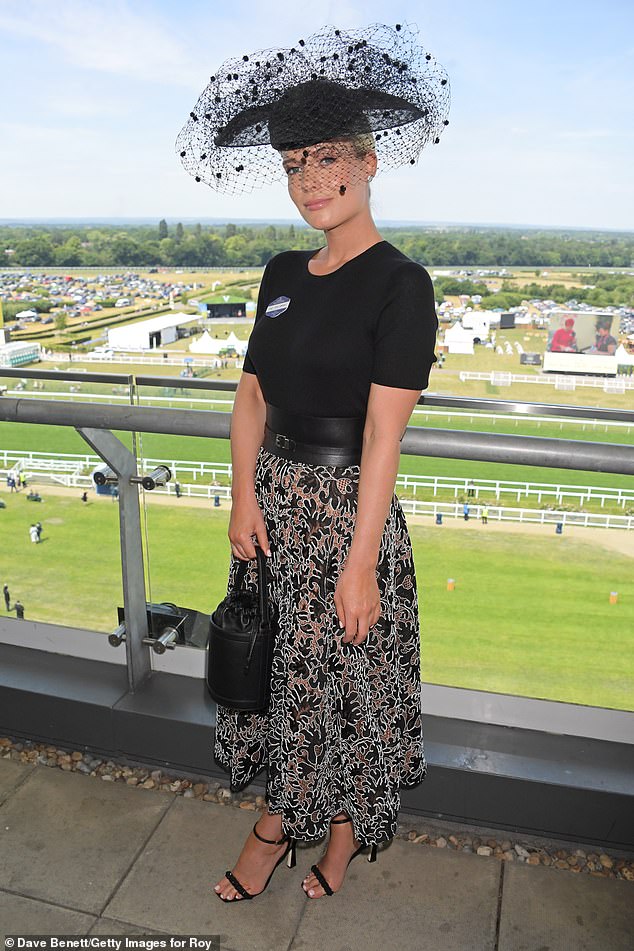 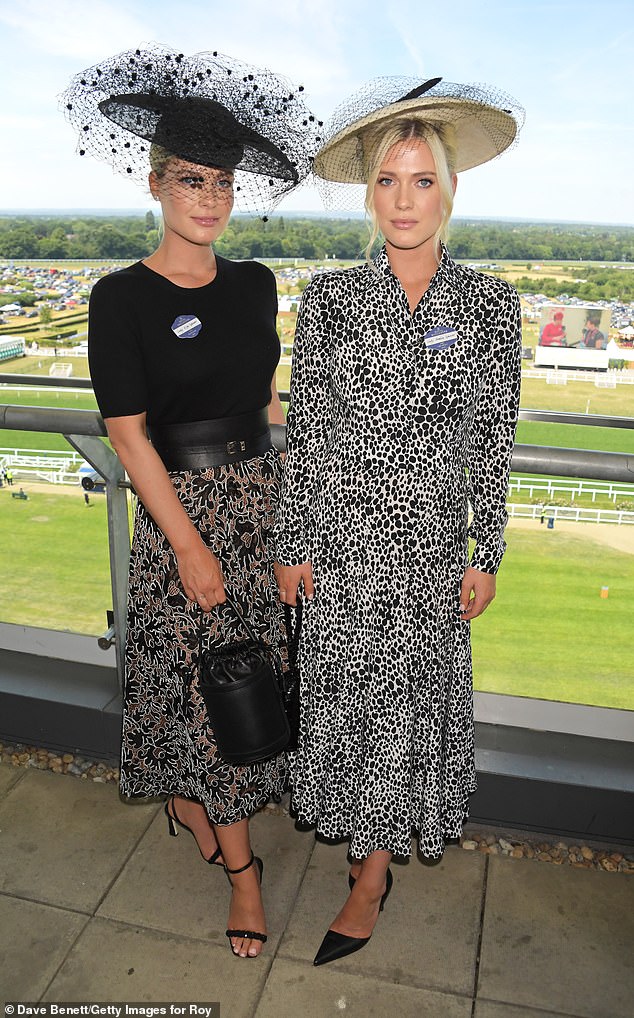 The two sisters, who recently moved from Cape Town to the UK, both wore Michael Kors for the event

Amelia let her dress form the focal point of her look, and kept her accessories minimal. She opted for a small black Gramercy minaudière bag and pointed kitten heel shoes.

She swept her blonde tresses into a neat chignon, leaving some tendrils free to frame her face. Keeping in style with the event, she donned a cream hat, with black feather and net detail.

Her makeup was simple but elegant, opting for a dewy base with some light blush and bronze, black eyeliner, and a pink lip.

She chose a similarly subtle make-up look, looking natural but polished with a soft base, simple eyeliner, and natural lip. 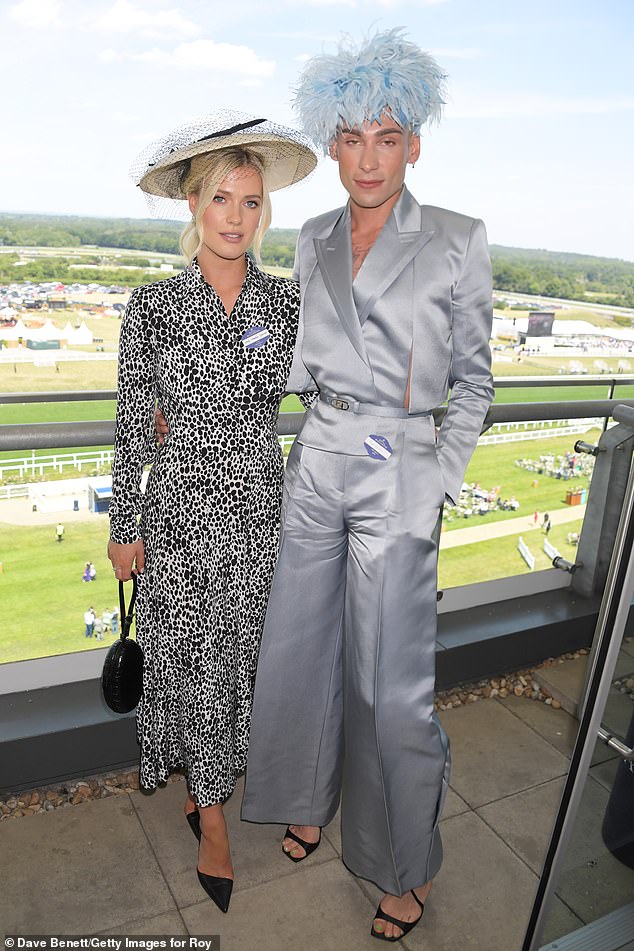 Lady Amelia Spencer was snapped at Ascot with Kyle De’Volle, 32, a designer, stylist and style commentator 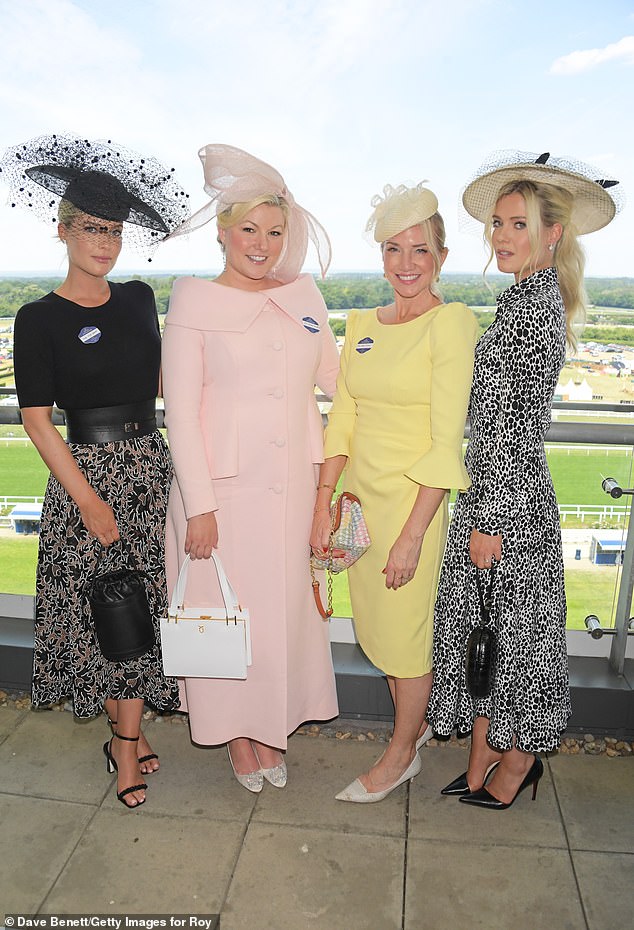 The sisters were snapped at the event with other society personalities including Kyle De’Volle, 32, a designer, stylist and style commentator.

They were also pictured alongside jazz singer Natalie Rushdie and Editor-in-Chief of HELLO! Magazine Rosie Nixon.

Royal Ascot, which has largely returned to its pre-pandemic format without any guest restrictions, is a favourite event among socialites and the royals.

Lady Amelia and Lady Eliza are just two of the attendees with royal connections snapped at the event. 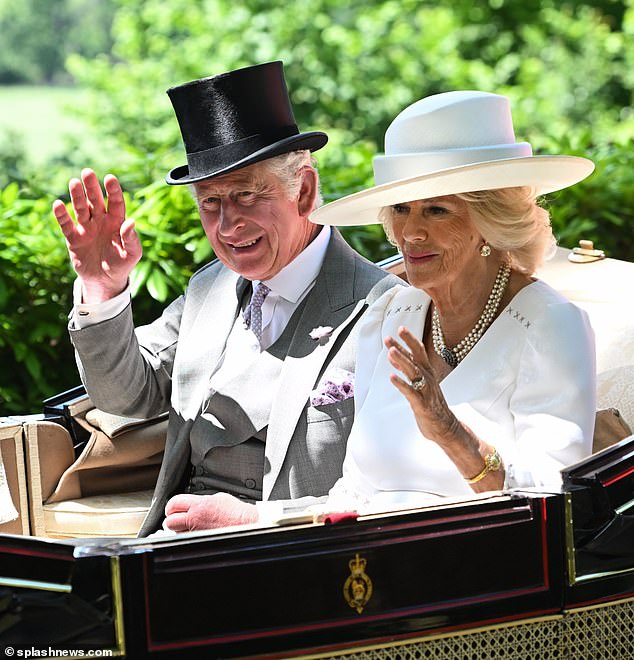 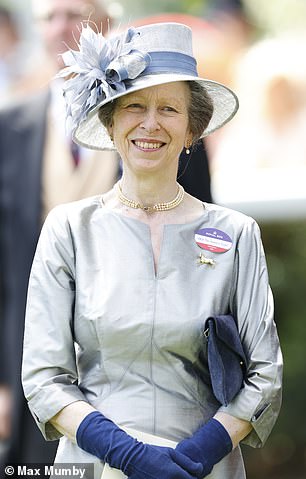 Matching! Princess Anne, 71, was all smiles as she appeared at the event, dressed in blue, like her sister-in-law Sophie Wessex 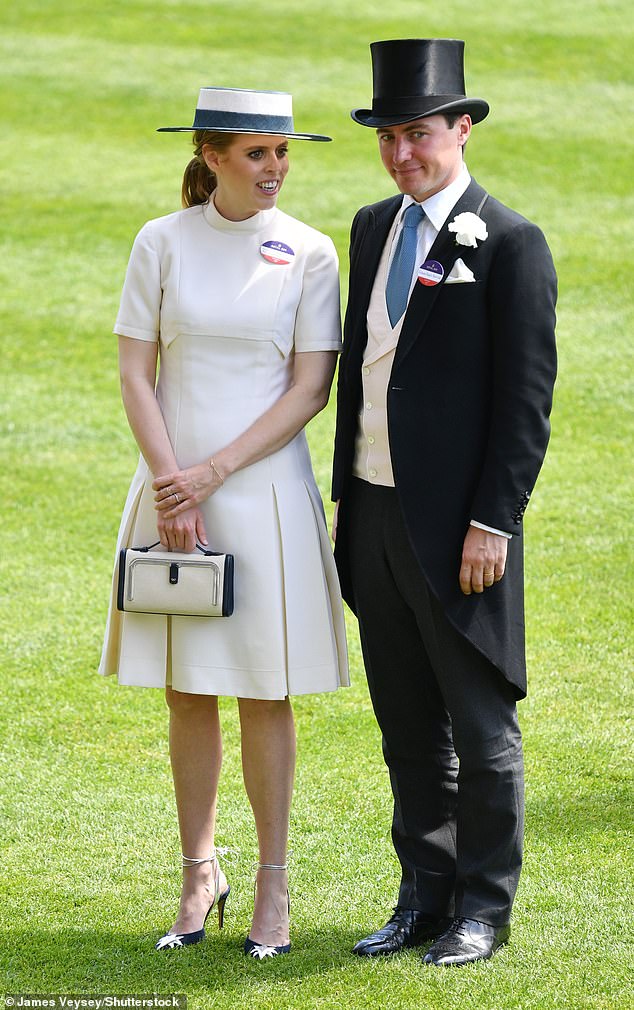 Princess Beatrice, who on Tuesday walked through the gates of Royal Ascot with other racegoers, travelled in the third carriage with husband Edoardo Mapelli Mozzi (pictured together)

A number of senior royals stepped out for today’s event, although Her Majesty, 96, missed it amid her ongoing mobility issues.

The Queen has been at every Royal Meeting since acceding to the throne in 1952, apart from when it was held behind closed doors in 2020.

However, the Prince of Wales, 73, and Duchess of Cornwall, 74, were in attendance alongside a host of other royals – including Princess Anne, 71, The Earl and Countess of Wessex, and Princess Beatrice, 33, who was joined by her husband Edoardo Mapelli-Mozzi, 38.