EXCLUSIVE: Richard Bacon is used to reinventing himself. The British presenter was notoriously booted off iconic BBC kids show Blue Peter after being caught binging cocaine, but survived the ignominy to become a near-ubiquitous presence on UK television and radio. By 2016, Bacon relocated to America to host Nat Geo’s Explorer series and later, Fox syndicated talkshow Top 30. But it’s his latest career twist that is perhaps the most remarkable: Bacon has transformed himself from the man in front of the camera, to the one creating the content — and he already has a Universal Television Alternative Studios overall deal and three seires to show for his efforts.

The Brit traces this change of direction back to personal trauma in 2018, when he was struck down with suspected pneumonia on a flight from the U.S. to Britain and was placed in a medically-induced coma. He said at the time that he was “quite close to death” and the experience prompted a rethink of his place in the TV business. “I was doing a daytime show on Fox. And, it was a lovely team of people, but it didn’t challenge me,” he says over a Zoom call from his home in LA. “I spent a lot of my time there daydreaming of formats. It is something I’ve wanted to do for quite a while.”

Bacon’s first format, The Hustler, launched with Craig Ferguson last month and has helped ABC’s Thursday night game show lineup triumph in the ratings. Produced by Undercover Boss outfit Studio Lambert, the format sees people battling it out for a cash prize by outing a Hustler — a contestant who knows all the answers to the questions. If the Hustler keeps their identity concealed, they keep the cash.

Next up from the brain of Bacon is BBC One’s This Is My House, which is billed as an addictive guessing game in which four people walk into a home and declare, “This is my house.” A panel of celebrity judges must decide who is telling the truth and who is pretending they are the property owner. Strictly Come Dancing champion Stacey Dooley presents the six-part series, while the producer is BBC Studios-backed Expectation. Filming took place last year, some of it during lockdown, meaning Bacon was often relegated to the garage during location shoots. Production was “constant puzzle-solving,” he adds. 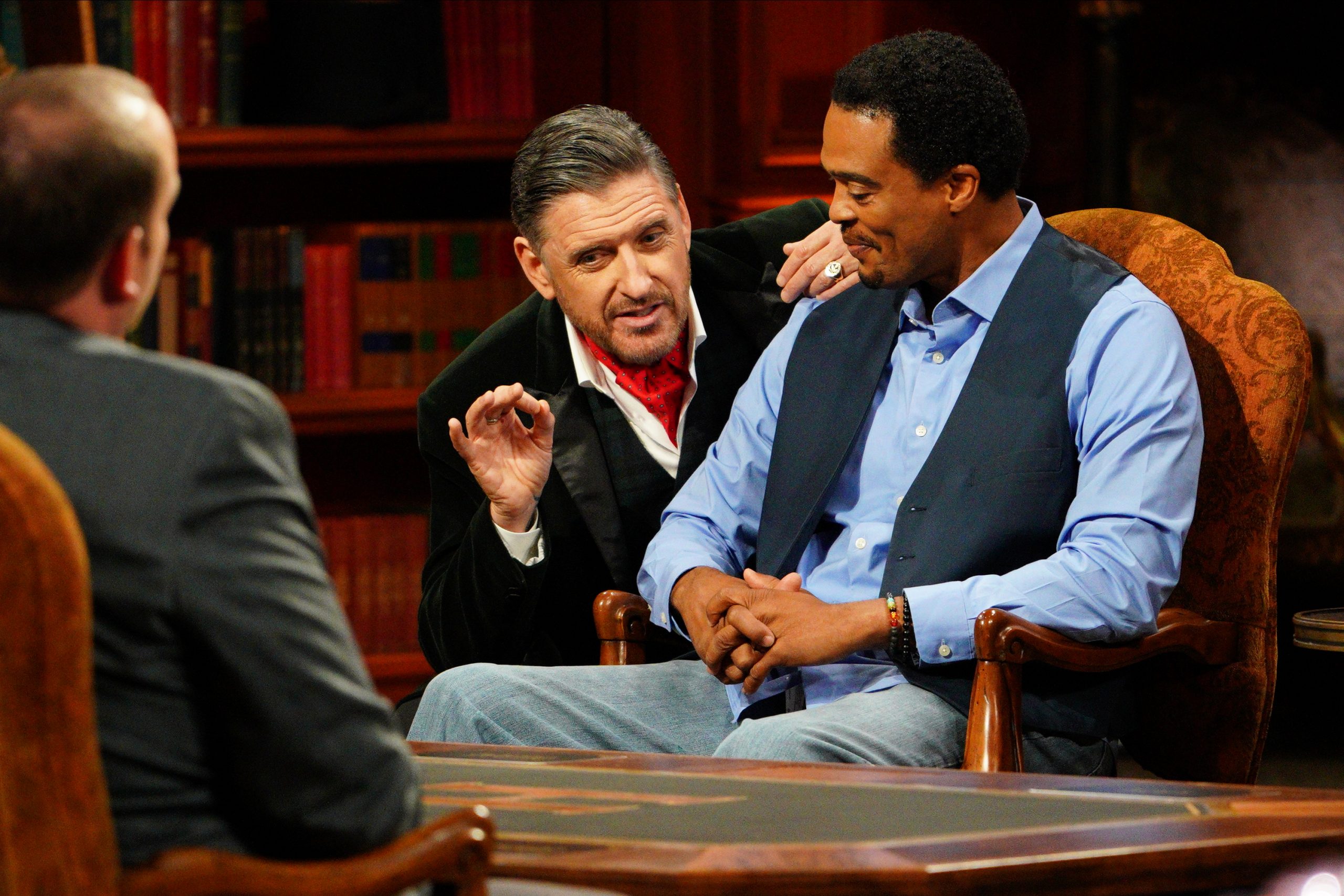 Finally, Bacon reveals his third format to Deadline: A show called I Literally Just Told You, which he is developing for UK broadcaster Channel 4 in collaboration with Expectation. “I Literally Just Told You is a game show about short-term memory and how bad it is. My starting point was that you can give contestants the answer to all of the questions and they will still get them wrong. It turned out to be true. It’s quite an absurd fast-moving game show,” he explains.

A presenter and series length are yet to be decided, but Bacon is hoping to shoot the studio show this year (with an audience, coronavirus permitting) following a non-transmission pilot. Deadline hears that NBC is also piloting the format, with Pitch Perfect star Adam DeVine and comedian Ron Funches hosting. Bacon would not be drawn on the U.S. version. “See what they say if you give them a call,” he laughed when asked about the NBC pilot. Channel 4 and NBC declined to comment.

The former Big Breakfast presenter says that he can spend hundreds, if not thousands of hours mulling the intricacies of a format before getting it into a shape he is happy with. After being diagnosed with attention deficit hyperactivity disorder (or ADHD), he says this can manifest itself in obsessional behavior, which is not entirely unhelpful when tinkering under the bonnet of an idea. “If I’m obsessing over an idea, it could be Christmas Day and I’ll disappear and go and think about it for ages, or wake up at 4AM and be writing in the notes of my phone,” he explains.

His presenting skills have also come in handy, both in the pitching room and also in the development process. Reflecting on The Hustler, he says: “I ran that in my living room here in Los Angeles as host many times… The experience of being a host is fantastic for visualizing ideas, I tend to see it from the host’s perspective, but then in terms of running the ideas, I’ll run them as a host until I’ve got them working. And then finally, [former The Big Breakfast host] Johnny Vaughan once told me that being a host is basically like being a salesperson, which is useful when you come to the pitch. There is absolutely an overlap between my old career and this one in a way that I find very useful.” 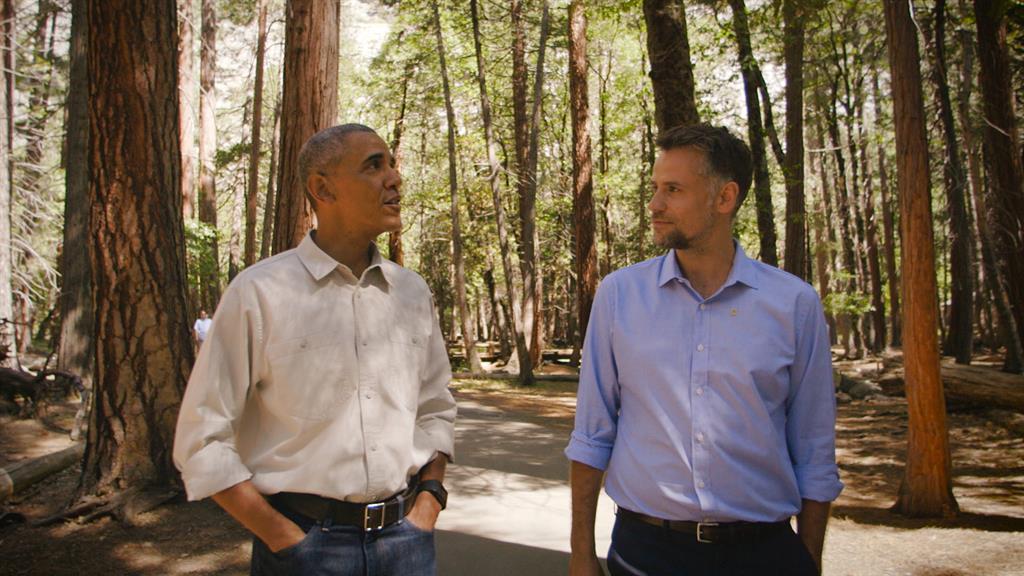 Bacon has not completely given up the idea of presenting again, and is keen to return to music radio at some point. He has not spoken to the BBC or a commercial station about the idea, but says he might make some calls in the coming weeks. “I’ll never be a full-time presenter again, I don’t suppose, but I particularly miss music radio. It’s difficult to know how [I will do it], given I live most of my life in Los Angeles. It’s a thought in my head rather than a strategy,” he says, adding with a laugh: “They might be like: ‘You’ve pissed off to America and other than going into a coma [here in the UK], that’s not much of a qualification for giving you a radio show.’”

For now though, Bacon, who is repped by CAA and Hansen Jacobson, is focused on being a formats machine. Next up, he’s taking to market a “couple of big, ambitious talent-led game shows.” He considers these the most audacious ideas he has created to date, but is coy about the details. Given Bacon’s track record so far, you wouldn’t bet against him getting them away somewhere. “It’s basically daydreaming for a living,” he smiles. “I’ve found my way into something I really like.”