Woman, 24, who can’t SMILE or raise her eyebrows due to rare condition that causes facial paralysis is signed by a modelling agency after years of bullying left her feeling suicidal

A woman who became suicidal after being bullied for being born with a rare condition that left her unable to move her mouth and eyes has now signed a contract with a leading modelling agency.

Tayla Clement, 24, who lives in New Zealand, was born with moebius syndrome, a condition that causes facial paralysis due to the underdevelopment of certain nerves.

She is unable to lift the corners of her mouth into a smile, move her eyes from side to side, raise her eyebrows, or move her top lip.

Tayla was bullied throughout school because she was unable to show facial expressions, with the torment becoming physical at age 11 after an eight-hour operation to ignite a new nerve connection in her face was unsuccessful.

Having survived six attempts at trying to take her life, Tayla is now embracing her looks with an Instagram account that boasts almost 24,000 followers and a contract with international modelling agency Zebedee. 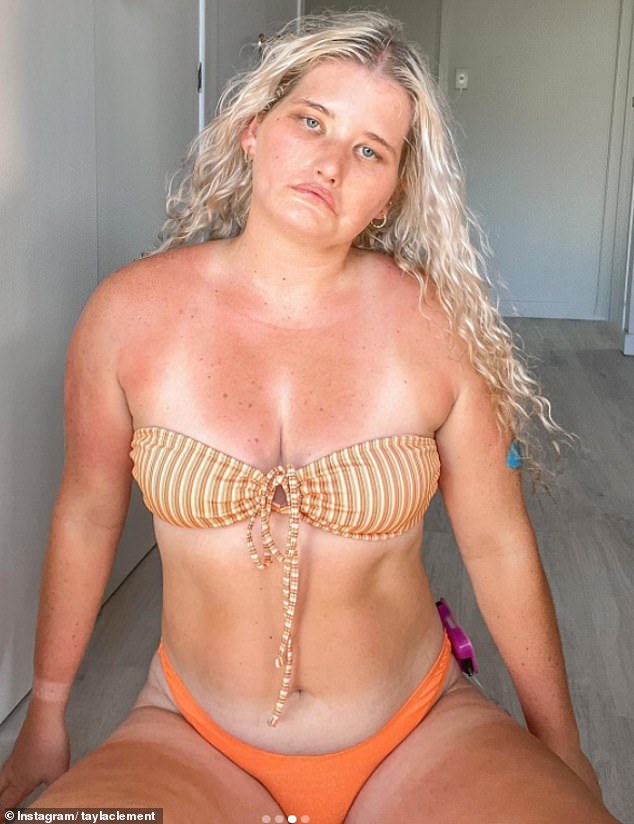 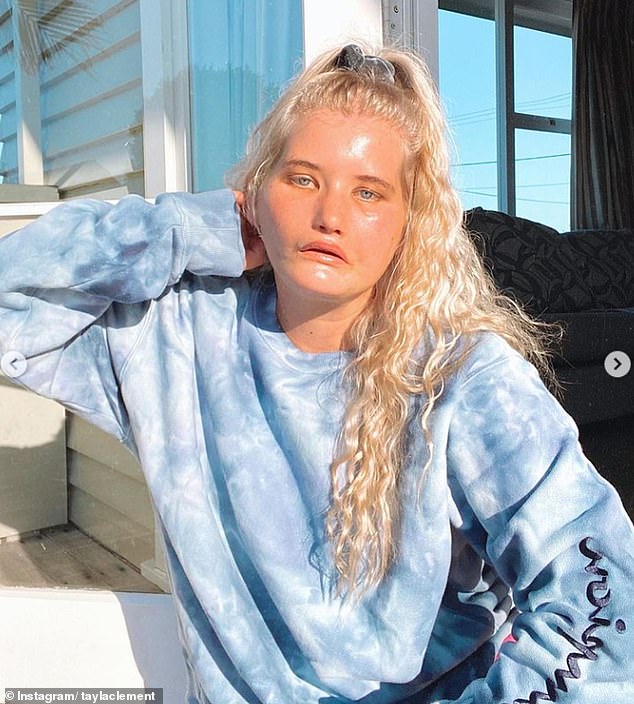 Tayla was born with moebius syndrome, a rare condition that causes facial paralysis due to the underdevelopment of certain nerves

Tayla told 7Life that she wants to be an example to her younger self and show that being unique doesn’t make you unworthy.

The model explained that she can’t remember a time at school where she wasn’t bulling, being called names and even pushed down hills.

She revealed the bullying was at its worst after an operation to give her the ability to smile was unsuccessful. 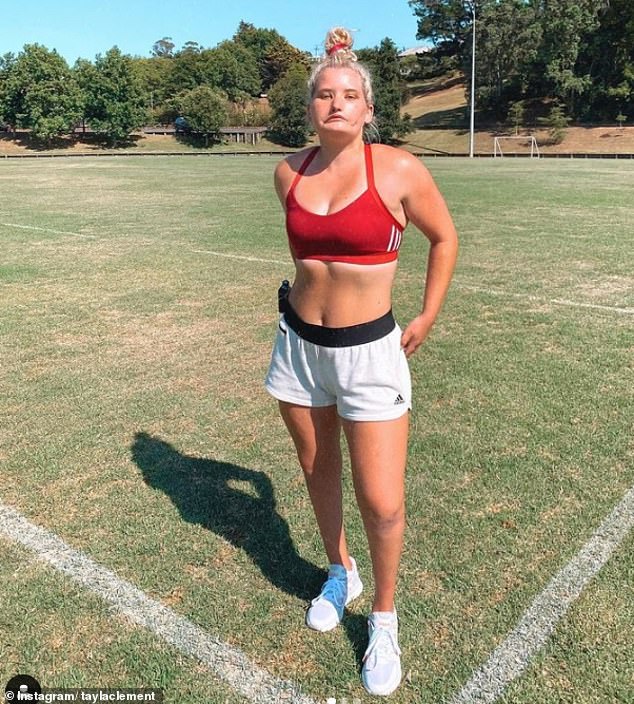 Tayla said she was bullied throughout school, with the torment becoming worse after she had an eight-hour operation at age 11 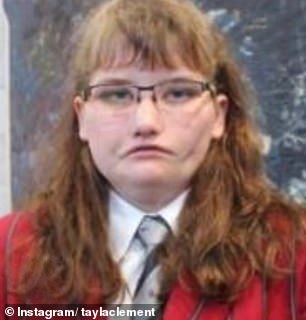 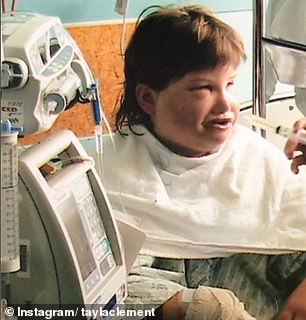 Tayla said children would kick her and put a plastic bag over her head, leaving her feeling alone at school. Pictured left: At school, right: After the operation

WHAT IS MOEBIUS SYNDROME?

Moebius syndrome is a rare neurological condition that affects the muscles that control facial expressions and eye movement.

The symptoms are present from birth as patients are unable to smile, frown or raise their eyebrows.

They often also have a small chin and mouth and a short tongue while dental abnormalities are also common.

The condition also affects the muscles that control the eyes so patients have to move their heads to look from side to side.

In some cases, patients are unable to blink or close their eyes which can cause eye dryness or irritation.

Other features of the syndrome include bone abnormalities in the hands and feet, week muscles, hearing loss and delayed development.

The intensive surgery involved having tissue from her right thigh added to both corners of her mouth and up to her temple.

‘I looked so horrible that nurses and my parents wouldn’t let me look in the mirror for a week and a half after the surgery,’ Tayla said.

‘I thought the surgery would solve all my issues because I was bullied so much. But it didn’t.’

Tayla said it took 12 months to recover from the operation and she tried to put on a brave face when she returned to school. 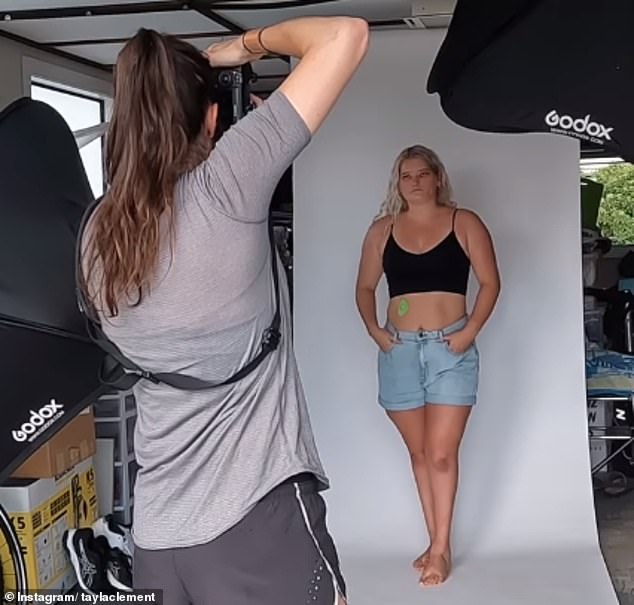 Tayla began having seizures at age 17 due to the stress that she had experienced. Pictured: Tayla being photographed for her modelling portfolio 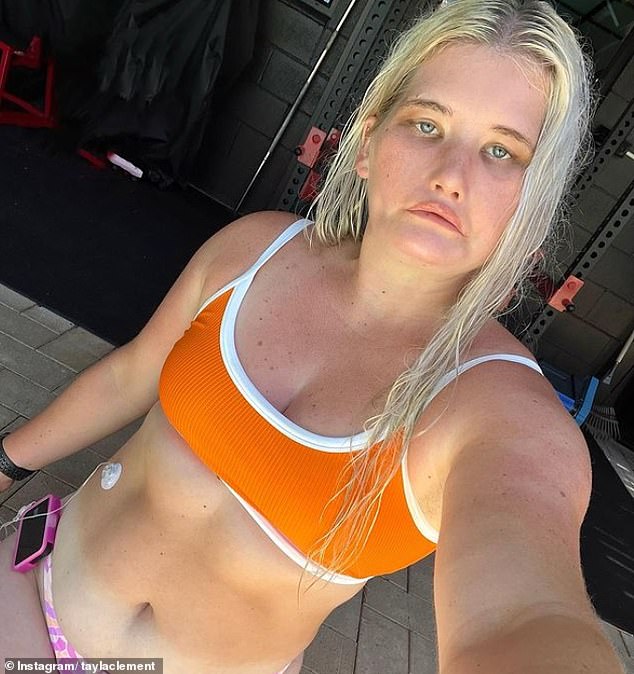 Tayla said her younger self would be ‘proud’ as she now boasts almost 24,000 followers on Instagram and has a modelling contract

However, children would put plastic bags over her head and kick her until she fell. She recalls avoiding school because she felt alone and trying to take her own life six times.

The severe traumatic stress triggered dissociative seizures at age 17, with Tayla having up to 10 seizures a day over five months.

Tayla said: ‘I had such severe depression that doctors told me my mental health was as bad as a solider suffering from PTSD.’

She went on to spend the next few years working on embracing her individuality after joining a gym, taking up walking and meditation.

Tayla also took control of her situation by setting up Instagram account The Girl Who Can’t Smile, where she shares photos from her daily life alongside insight into having moebius syndrome and type one diabetes.

She explained that not seeing people who looked like her in the media while she was growing up left her feeling ‘outcast’.

However, having signed a modelling contract has made it difficult to resonate with the person who she used to be.

Tayla added: ‘I think little Tayla would be so proud.’