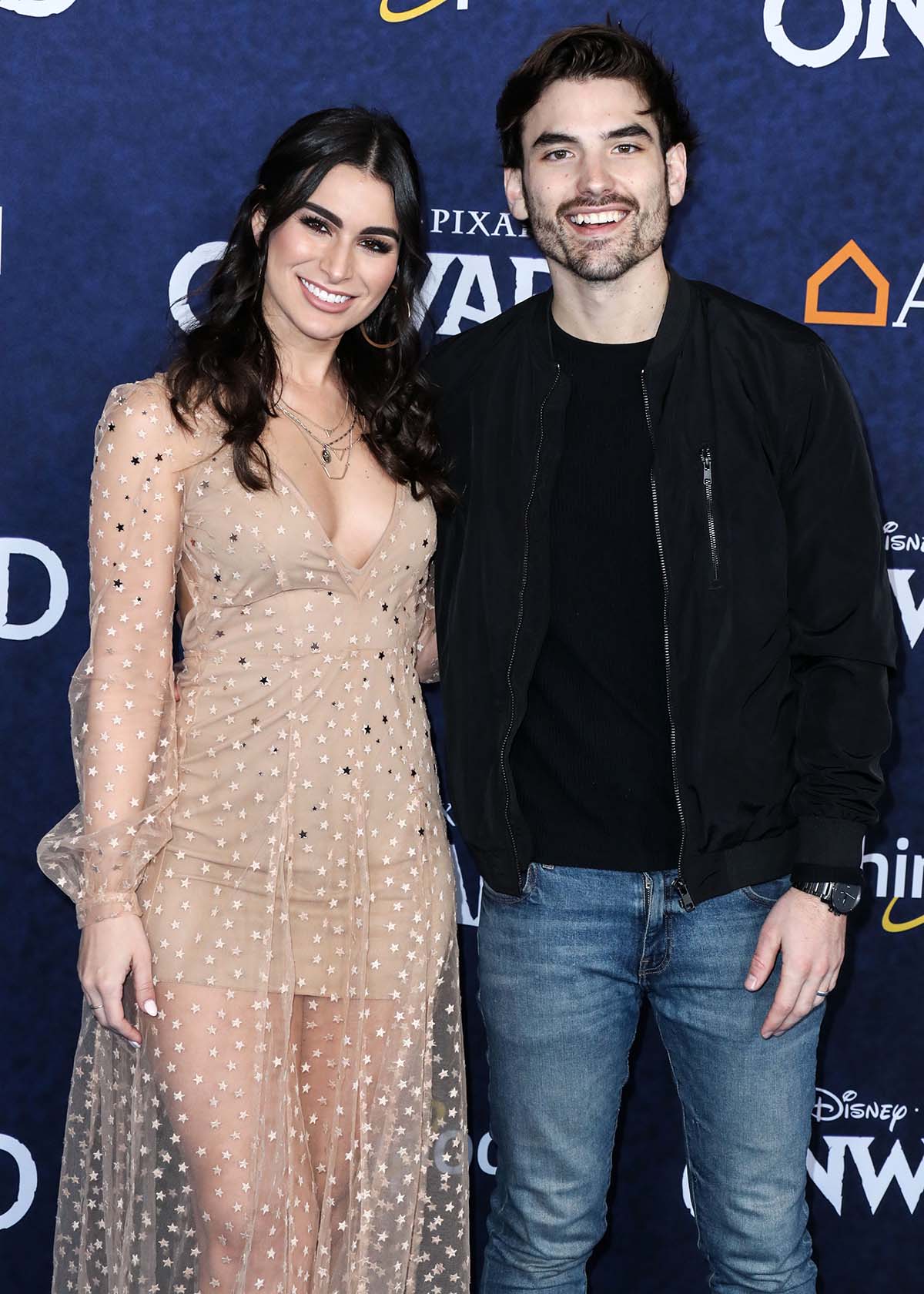 Taking over Paradise? Ashley Iaconetti and her husband, Jared Haibon, have received the second most amount of screen time of everyone on Bachelor in Paradise — and fans are not happy about it.

‘Bachelor in Paradise’ Couples Who Are Still Together

“Bachelor in Paradise fans are pretty frustrated after episode four,” Instagram creator Bachelor Data said in a video posted on Monday, October 10, explaining that she believed Ashley, 34, and Jared, 33, joined the ABC dating show as “a love story [that contestants can] look up to.”

However, it was soon revealed that the couple would remain in Mexico to “work on their marriage” after welcoming son Dawson in January.

“It seems like [their story line] is going to be a recurring theme of ‘Will this married couple have sex or let life get in the way?’” Bachelor Data continued in her video. “23 percent of the episode went to the Ashley and Jared story line. Producers actually took away a date from the contestants to give it to [them].”

According to the clip, the new parents got 16 and a half minutes of screen time in Monday’s episode, more than any of the other contestants or hopeful couples on the show. In total, Ashley and Jared’s story line has gotten the second most amount of screen time overall on season 8, surpassing several other relationships or dramatic exits. As the episode aired, many fans expressed their frustration at the show’s decision to focus so much on the pair instead of the new connections potentially forming on the beaches of Mexico.

“I watch Bachelor in Paradise to see new couples not more Ashley and Jared,” @BachelorFantake tweeted on Monday, while another Twitter user wrote, “bachelor in paradise i’m BEGGING u to stop making me watch jared and ashley content.” Meanwhile, a third social media user speculated that “the real reason bachelor in paradise is 16 episodes is because of all of Jared and Ashley’s screen time.”

Despite the backlash, Ashley seemingly laughed off the complaints. “Don’t worry, guys, we leave on Monday’s episode,” the Virginia native wrote in the comments of the Bachelor Data post.

After meeting on season 2 of Bachelor in Paradise in 2015, the twosome had a tumultuous relationship before they announced that they were dating in May 2018. “I never felt like it was over between us after Paradise,” Jared admitted at the time. “I’m not gonna lie and say that I was in love with Ashley during BiP. It was a slow build for me. … I’m living proof that you should listen to your gut, and that it’s not too late. The person I wanted to be with most was right in front of my eyes.”

The Rhode Island native popped the question in June 2018, and fans watched the romantic moment on season 5 of the Bachelor spinoff. They tied the knot in Jared’s home state in August 2019, and welcomed their son two and a half years later.

“Dawson entered the world on a very important day in our family. January 31st is not only my mom’s birthday, but also the day my parents met 44 years ago,” Ashley wrote via Instagram at the time. “Right now we’re enjoying the sleepiest, calmest baby we’ve ever met.”