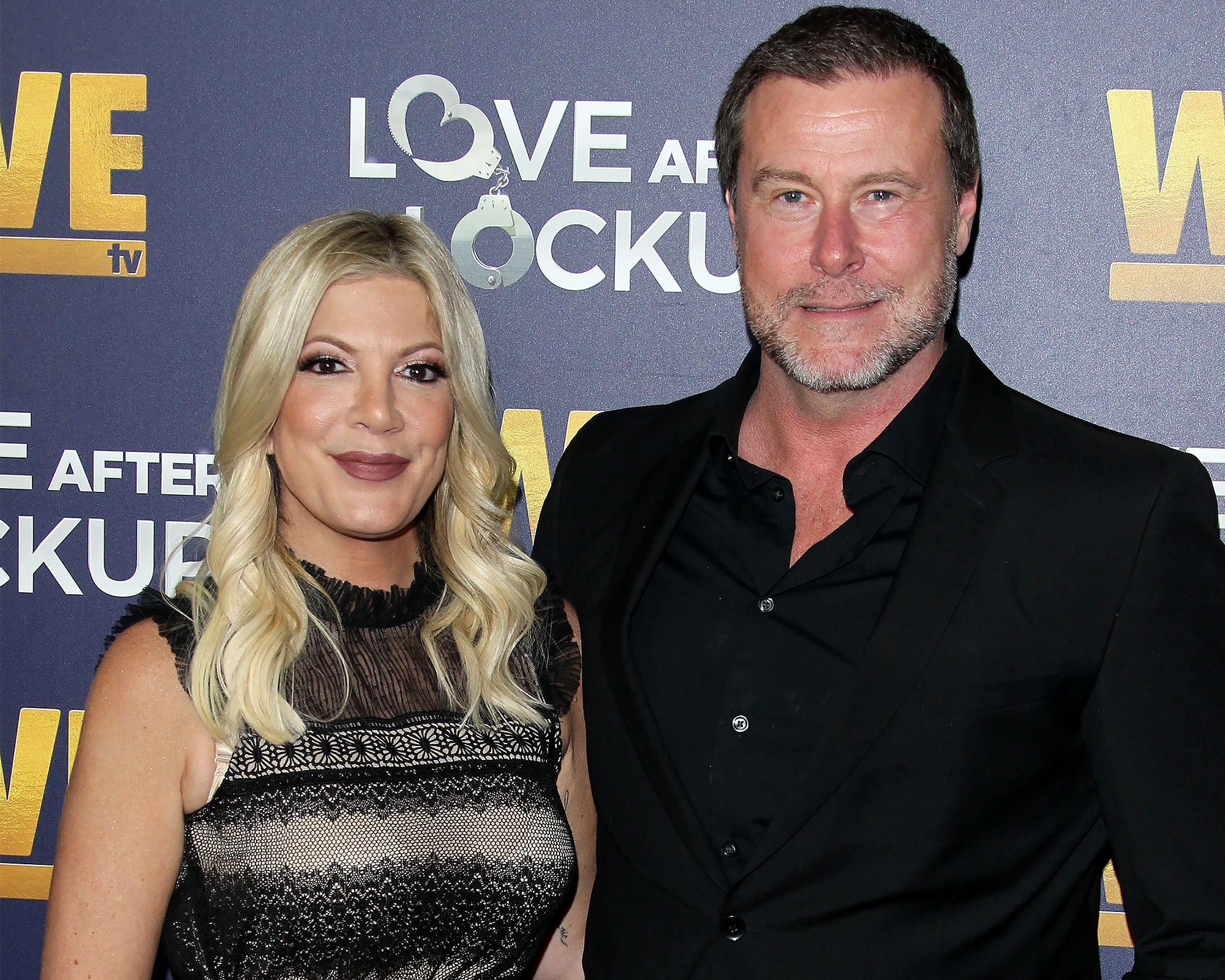 A tough situation. Tori Spelling and Dean McDermott have denied rumors of an impending split, but a source tells Us Weekly that the duo haven’t been in a great place.

Is the ‘End’ Near? Tori Spelling and Dean McDermott’s Ups and Downs

The Beverly Hills, 90210 alum, 48, and the Canada native, 54, are “always on the verge of divorce,” the insider explains. The Stori Telling author was spotted outside an attorney’s office on Monday, October 18, in photographs obtained by Page Six. In the photos, she held a notepad that read “assets,” “support” and “custody.”

Earlier this year, the BH90210 veteran fueled speculation about her marriage when she revealed that she and McDermott had been sleeping in different rooms. “Right now, my kids and dogs sleep in my bed,” she told Jeff Lewis in June, adding that her spouse was sleeping “in a room” at their house after returning home from filming a project.

“Since he left — this is not good, you guys — but since he left [and] he was gone for six months filming in another country, they all stayed with me,” Spelling continued. “So I currently still have four in the bedroom with me who have yet to go back to their rooms, yes.”

Two months later, the actress told Us that the kids were “transitioning back” to sleeping in their own beds, but speculation about tension between the couple continued.

Tori Spelling’s Family Album With Dean McDermott Through the Years

In September, McDermott addressed the rumors during an episode of the “Feminine Warrior” podcast. “I don’t reply, you know, anymore,” he explained. “It’s just like, ‘OK, if that’s what you want to think, then think it.’”

He also said that photographs showing his wife without her wedding band earlier in the year meant nothing, claiming that she had taken the jewelry off to wash her hands and forgot to put it back on.

“It’s just weird that people need to know,” he continued. “‘What’s going on with Tori and Dean? She’s not wearing her ring.’ Why do you need to know that? How is that going to affect your day?”

Celebrity Couples Who Stayed Together After Cheating Scandals

The Against the Ropes actor was also spotted without his ring, but he said during the podcast that it was also a case of happenstance.

“I had a silicone utility ring that I took off when I was playing golf, and I put it in my pocket,” he explained. “And when I take my glove out, it fell out on the golf course. So, I lost my utility ring and then somebody saw that. ‘He doesn’t have his ring.’ So, now, everybody’s in a titter, so I’m like, ‘Forget it, I’m not going to replace it. Just let them think it.’”

With reporting by Andrea Simpson